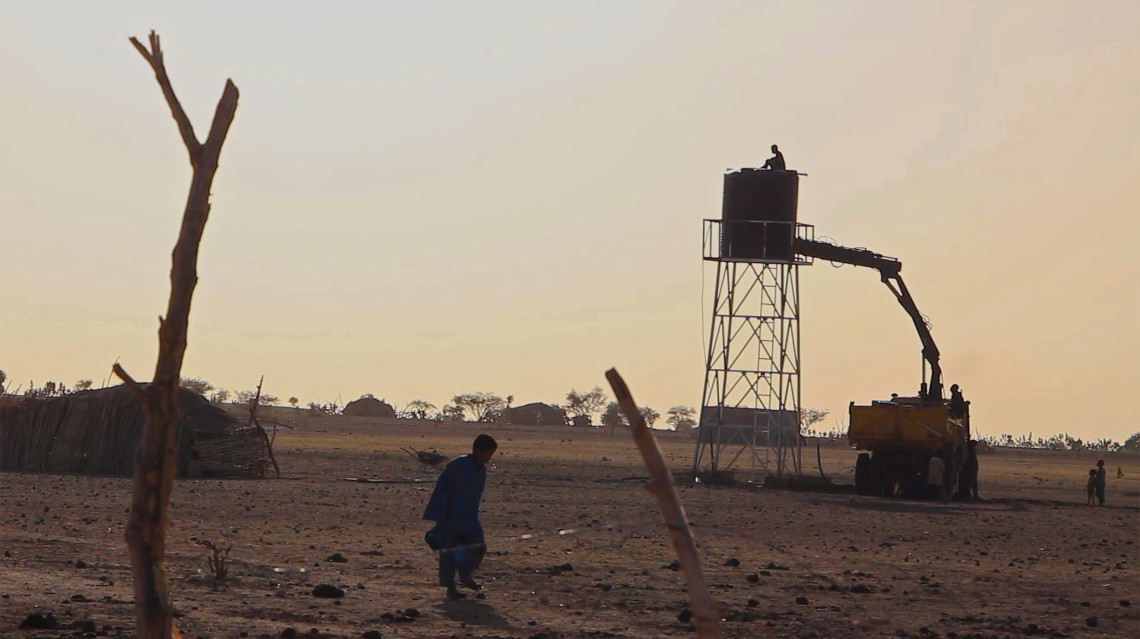 Climate change in Mali: “We drilled deep but found nothing”

Mali, like other countries in the Sahel region, is in the grip of an armed conflict whose impact has been aggravated by climate change. While communities on the ground have shown extraordinary resilience, their increasing vulnerability is a cause for concern. As the world waits for the international community, currently gathered at the COP27 summit, to take action to honour its commitments to countries affected by climate change, the situation continues to worsen in many parts of the globe, including the northern region of Mali.
Article 16 November 2022 Mali 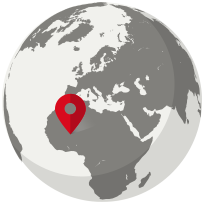 The day in October 2022 when ICRC engineers arrived in the village of Tin Tanzan should have marked a turning point for its 300 inhabitants. The herders and their families had been looking forward to no longer having to face danger and a harsh climate to fetch water from sump pits and small wadis (shallow pools) far from their homes. They had hoped to have water within easy reach from that day onwards.

Unfortunately, their excitement turned out to be short-lived. Although geophysical studies had indicated the presence of water in the subsoil, the team of engineers from the International Committee of the Red Cross (ICRC) were forced to face the fact that sinking a borehole had been in vain: there was no water under the ground. Papa Amadou Gueye, a member of the ICRC team, recalls with bitter disappointment:

We drilled deep but found nothing. The community had hoped to sink a borehole to access water, which was vital to their livelihoods and survival. However, it turned out that the sub-soil was too dry to yield a significant amount of water. It was both extremely frustrating and worrying.

Two thirds of Mali's territory is covered by desert. The effects of climate change, including reduced rainfall, desertification and the loss of livelihoods by communities, are keenly felt.

In the north of the country, the most vulnerable communities are the worst affected. In spite of all efforts, an increasing number of initial boreholes are unsuccessful. As Papa Amadou Gueye explains:

"For years now, rainfall has been too scarce to replenish the water table, especially as water is overexploited in certain areas. The water quality has also deteriorated. We often find a high concentration of sodium nitrate in the soil. Regular rainfall would regulate sodium nitrate levels; the lack of rain has made the water unfit for human consumption."

“At a time of global instability and rising humanitarian challenges, we must ensure that countries in the Sahel are not forgotten.”

This is precisely the problem facing the village of Zig Zig. Once the ICRC team had analysed the chemical composition of the local water, they realized that it failed to meet World Health Organization standards and was unfit for human consumption. In such situations, communities have few options: they can either give the water to their livestock and use it to irrigate their crops – even if that means continuing to look for access to drinking water in neighbouring villages – or move in search of less arid land.

Every day, thousands of women and children in Mali walk for miles to fetch water. The journey is perilous: they risk being assaulted, injured or killed by improvised explosive devices, or robbed.

Meanwhile, travelling to search for less arid land can prove equally risky owing to the lack of security in Mali. The roads are dangerous, and people cannot be certain of reaching their destination safely, or with their livestock. Moreover, there are no guarantees that water can be found elsewhere.

As the desert encroaches, the threats increase

Desertification is a further consequence of water scarcity. A low water table and high rate of evaporation of surface water dries out the soil. Trees die and sand dunes replace the vegetation.

In 2021, drought caused cereal production in Mali to plummet by 10.5 per cent, jeopardising the livelihoods of over three million people. Many market gardens have been abandoned, there is less land available to graze cattle, buildings and houses have vanished into the sand, and fishermen have been forced to abandon dried-out lakes.

Deforestation, which has worsened over the last decade, also has a human component. Trees are cut down to process into charcoal, which is then sold to generate an income when farming and raising livestock are not enough to survive.

Water for all using solar energy

Faced with these environmental upheavals, the ICRC is adapting its programmes and technical approaches to help people affected by climate change and to enhance their resilience.

Measures include providing communities with additional water supply sources, such as wide diameter wells, and building dams to collect run-off water into wadis.

Whenever the ICRC engineering team fails to access water when they sink the first borehole, they continue to search until they do find water. Fortunately for the people of Tin Tanzan, the third drilling attempt proved successful: water was finally found ten kilometres from the first borehole. Borehole installations are solar powered to limit greenhouse gas emissions.

The ICRC has also set up committees to manage water supply points and trained local maintenance technicians to ensure the proper use of the infrastructure and its long-term viability.

The village of Innabel was facing a severe water shortage until a water tower was built. Fait Walet, who lives in the village, says with a broad smile on her face:

We are very happy to have this water tank. Before, we used to leave home at five in the morning to reach distant pools to fetch water. We would only get back at around noon and then get on with other household chores. Now, we can eat breakfast with our children and have access to water less than a fifteen-minute walk away. We no longer need to face the dangers associated with having to walk to distant water sources. It is a real gift.

These different water supply solutions enable people to access drinking water, as well as water for cooking and for their animals. The water is also used to manage, and indeed expand, their market gardens.

The ICRC, together with local communities, is also working to stabilize sand dunes.

Work to combat desertification not only aims to protect livelihoods, homes and infrastructure (schools, health centres, land for grazing animals and farmland), but also to provide additional income for the most vulnerable families. Communities carry out this work themselves, in return for financial compensation. The money is used to meet their basic needs, such as food, and to cover social security and health care costs, expenses relating to farming and raising livestock, and loan repayments.

Sidi Abdoulaye Zeida, a project manager at the ICRC, explains two techniques to stop the encroachment of dunes: "The aim is to stop the movement of sand. We can use a mechanical approach, which consists of erecting square palisades using the dead branches of a common shrub called leptadenia pyrotechnica . This enables plant life to regain a foothold in these areas. We can also opt for a biological solution, in the form of hedges. This method involves planting trees or grasses in rows along the dunes. Most often, we use the following plants: azadirachta indica , prosopis juliflora and varieties of euphorbia."

The ICRC has been working with the Mali Red Cross and other partners to develop these innovative practices, which also respect the environment. Other projects include growing animal fodder using hydroponic technology and bovine insemination techniques that aim to improve the breeding success rate. The ultimate aim is to enhance the autonomy of communities, while preserving their fragile environment.

Nevertheless, much still remains to be done.

Antoine Grand, the ICRC head of delegation in Mali, points out that "Of the 25 countries in the world that are most vulnerable to climate change, 14 are engulfed in conflict. Unfortunately, this grim list features a number of countries in the Sahel region, including Mali."

There are communities today that cannot rely on their traditional adaptation methods, weakened by the combined impact of conflict and climate change. It is therefore vital for world leaders gathering at COP27 to take action to honour their commitments to countries affected by climate change, in particular the most vulnerable communities, such as those in Mali.

For him, it is essential that local, national and international entities work together to strengthen communities' resilience.

“In our flight, children were crying for food and water. People lost their lives to thirst."

Bintou Walet Fakana had to flee her village after it was attacked.

Footage for #media from our @ICRCPresident's visit to #Mali: 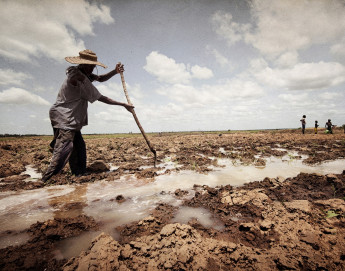 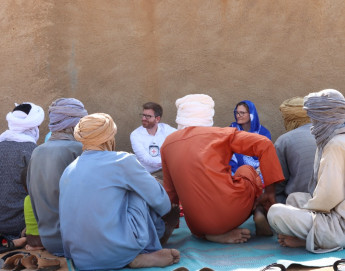 "For those affected by the conflict in Mali, everything has become a battle" 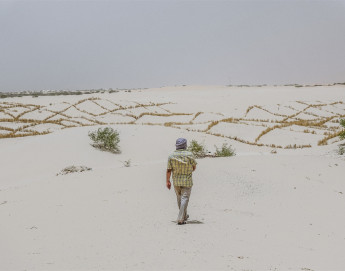