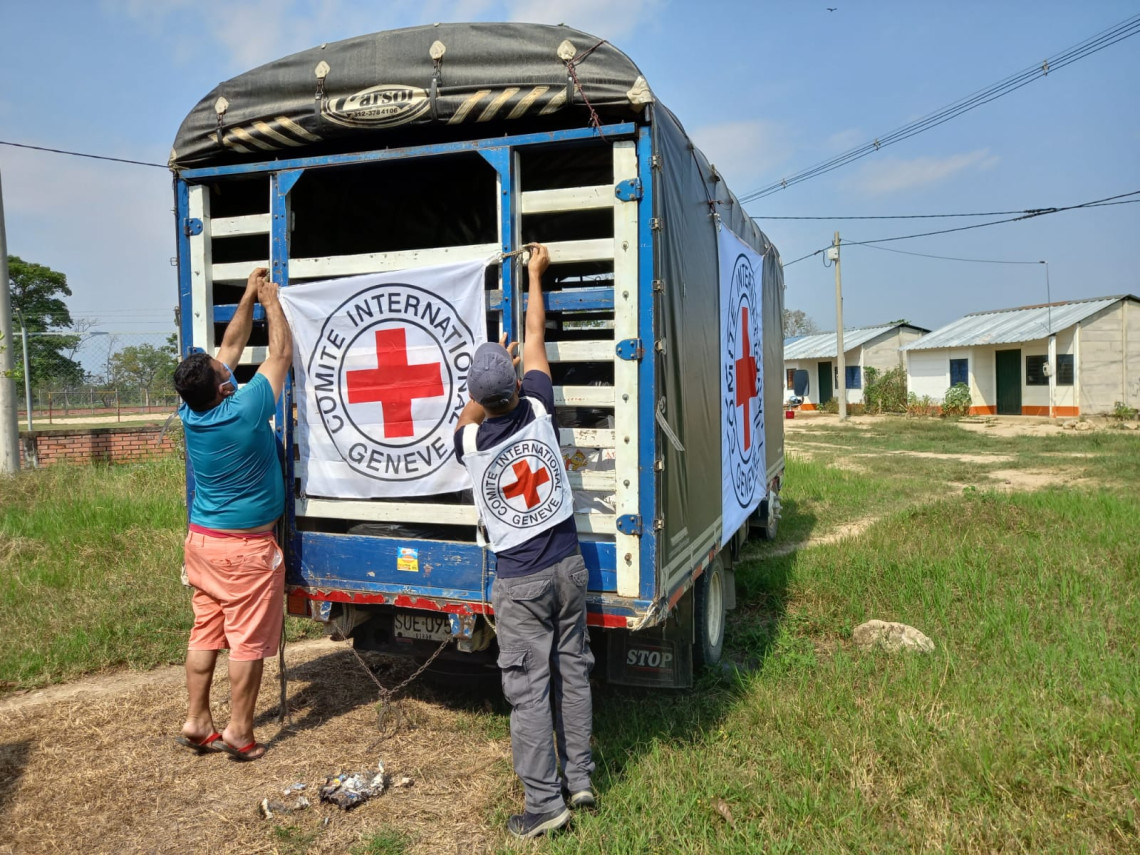 The International Committee of the Red Cross (ICRC) is concerned about the deterioration of the humanitarian situation in Arauca – i.e. how difficult it has become for the civilian population to meet their essential needs – and how it is affecting the infrastructure civilians rely on, such as housing and health-care facilities in both urban and rural areas.
Article 02 February 2022 Colombia

Since the beginning of the year, armed confrontations have been on the rise, further complicating an already complex web of armed conflict and other violence in the department. As a result, some communities have become cut off and many people have been forced to flee their homes or suffered other effects.

The ICRC, which has been working in the department for nearly three decades through its office in Saravena, has been in dialogue with those who have been affected in urban and rural communities to hear what they need.

Based on that information, we have provided support in the most affected areas of Saravena, Arauquita, Tame and Fortul: 329 people from 75 families received food and hygiene items, and 11 mostly rural health-care facilities received medical supplies for treating the wounded. We continue to monitor the changes in the situation and communities' needs. 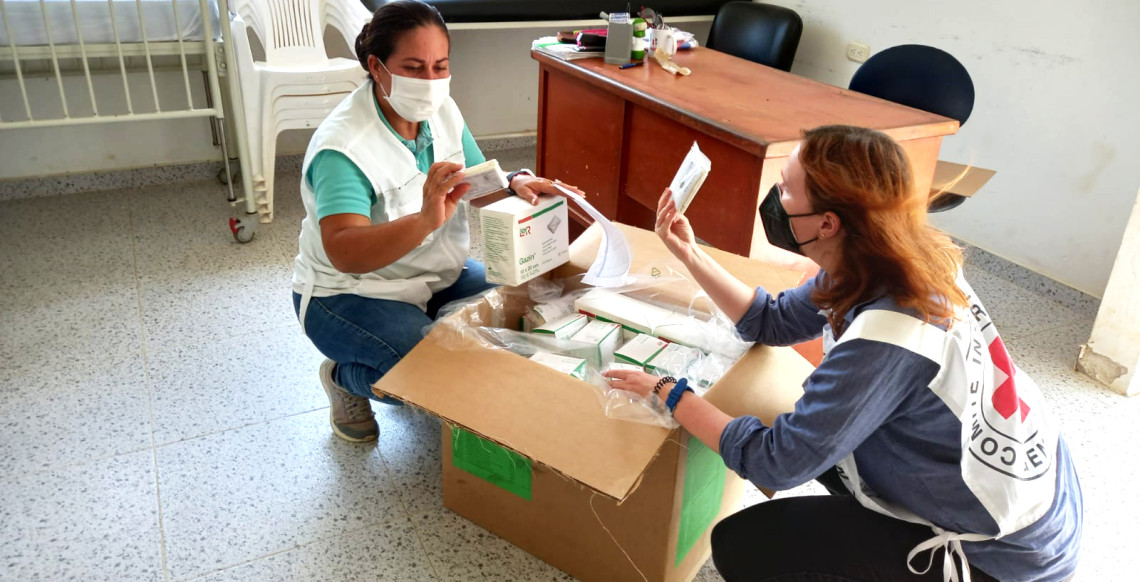 We delivered kits with medical material for the care of injured people in 11 health structures. We are also assessing damage to infrastructure and will support the rehabilitation of affected areas, including the Saravena hospital. Juan Gabriel Luna / ICRC

We have also been helping in other ways. We have been assessing the damage to infrastructure to see how we can best support the efforts to rebuild. We plan to raise people's awareness of the risks of unexploded ordnance and train them how to protect themselves.

To decide where to focus these efforts, we are in discussion with communities. We are also in direct contact with the families of missing people and with victims of threats to provide individualized, confidential support. 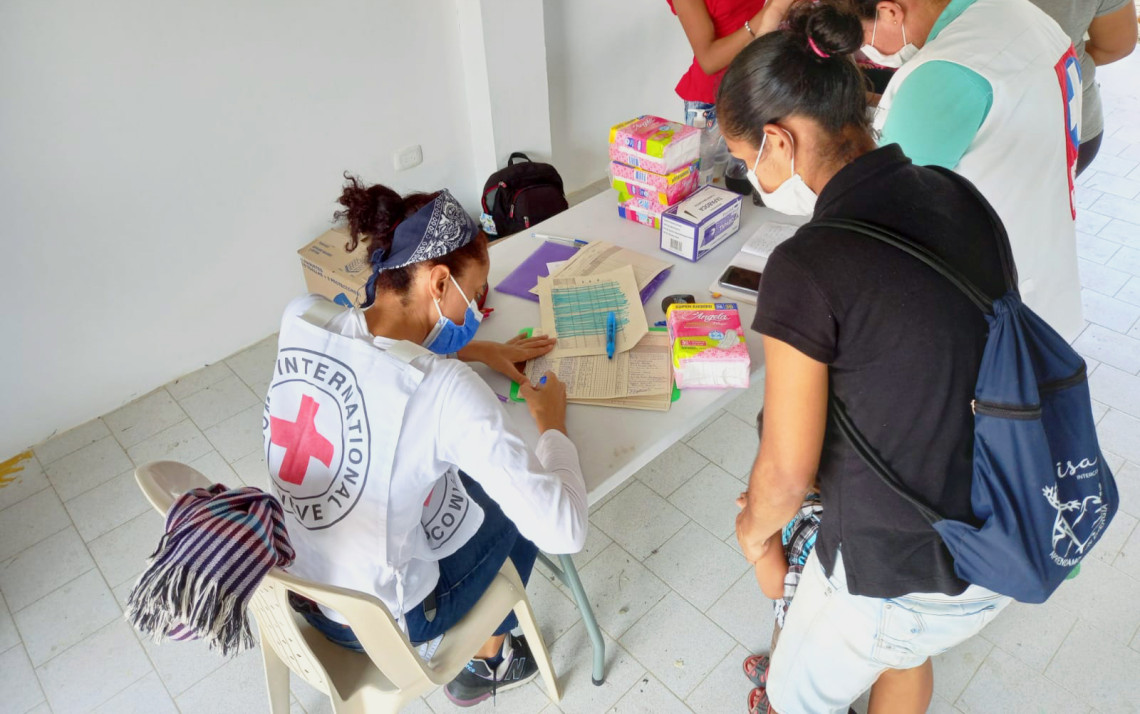 We have had a presence of almost three decades in Arauca from our office in Saravena. We continue our humanitarian work in the department to alleviate the suffering caused by armed conflict and violence. Sabrina Le Noach / ICRC

"We call on all those involved in the violence to respect humanitarian norms and take precautions to safeguard civilians and the things that civilians rely on from the effects of the hostilities," said Nicolas Ferminet, head of the ICRC's office in Saravena.

Also, Ferminet said that "it is important to protect people's lives and their integrity and community spaces. In addition, humanitarian institutions and organizations in the area need to be able to coordinate the assistance they provide to the people affected and adapt their support based on people's needs, for as long as necessary". 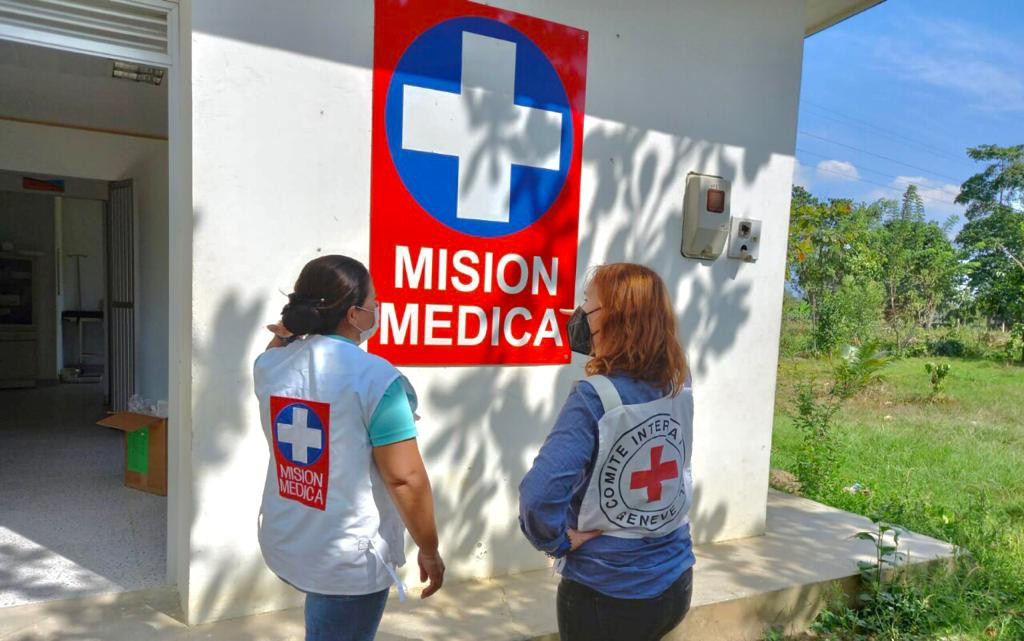 The wounded, sick, health personnel, health structures and ambulances are not a target. Help us to protect and respect the work of the people of the Medical Mission and other forms of health assistance. Juan Gabriel Luna / ICRC

We remind all the armed actors in the country not to interfere with the work of health-care providers and facilities and to allow them to provide care to anyone who needs it without any restriction whatsoever. Under humanitarian law, there is a duty to provide treatment to the wounded and sick and to safeguard health-care services wherever they are carried out in the region.

We are in Arauca

The ICRC is committed to helping victims of armed conflict and maintaining close ties with communities. You can contact us using #919 on mobile phones that use Claro, Tigo, Movistar and ETB.