Colombia: The ICRC clarifies its role in the transport of FARC-EP negotiators 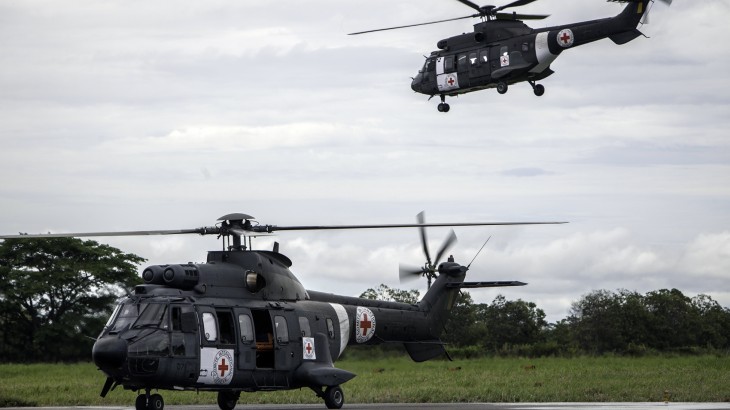 Photo of helicopters with the ICRC logo, taken in 2012. Boris Heger/ICRC archives

Bogotá (ICRC) – The Colombian delegation of the International Committee of the Red Cross (ICRC) would like to provide the following clarifications: