Colombia: it is not too late

It is time to give a voice back to over 8.5 million victims of the conflict. 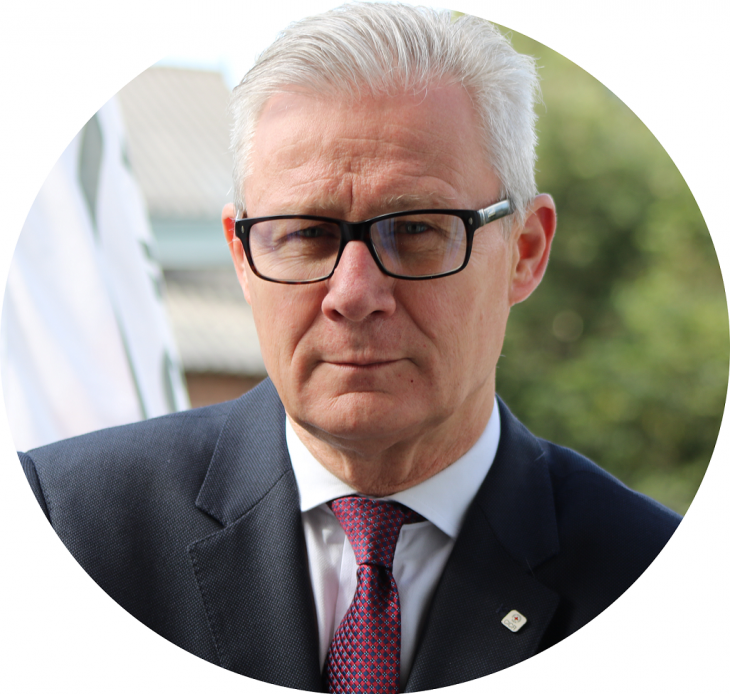 Christoph Harnisch
Head of the ICRC Delegation in Colombia

Colombia is now living through hopeful yet uncertain times: progress has been made in implementing the Peace Agreement between the Colombian government and the Revolutionary Armed Forces of Colombia–People's Army (FARC-EP); there are high expectations for the negotiations with the National Liberation Army (ELN); and the country will soon go to the polls, with the newly formed Common Alternative Revolutionary Force (FARC) political party taking part in the elections for the first time.

While there has been a significant reduction in armed violence in some parts of the country, we still have a long and complicated journey ahead of us before we can say that Colombia has overcome war.

What's more, there are ongoing armed conflicts with the ELN, the People's Liberation Army (EPL), the Gaitanista Self-Defence Forces of Colombia (AGC), and structures of the FARC-EP Eastern Bloc that did not join the peace process, and many people are still in urgent need of assistance.

Greater commitment and political will is required if the Agreement is to be fulfilled. After 50 years of conflict, victims deserve much more than what has been achieved so far. We are particularly concerned about the situation of the most isolated populations. The Colombian State has not been able to fill the power vacuum in these regions and needs to increase its presence through development opportunities and the provision of basic services.

The search for missing people is still one of our main concerns. While the measures adopted in the Peace Agreement will no doubt help to speed up processes, they do not go far enough, given the tens of thousands of relatives awaiting answers. The Missing Persons Search Unit (UBPD), which will have an extrajudicial and a humanitarian role, urgently needs to be operational. The delay in getting the unit up and running is inexcusable and only serves to make an already dramatic situation more painful for many families.

Another issue that must be addressed is the crisis in the prison system. We are concerned that certain hardliners are calling for harsher punishments, even for children, despite the fact that there is no evidence to suggest that such measures make people safer. Following the upcoming elections, the new government will have to commit to making concrete progress towards resolving this critical humanitarian situation. Such a massive prison crisis cannot be left to drag on for another four-year term.

Regardless of who wins the parliamentary and presidential elections, and what their corresponding agendas are, we – as a humanitarian organization – call for each candidate to put the victims of the
conflict and the armed violence at the centre of their political agenda.

These elections are a historical opportunity to give a voice back to over 8.5 million victims. I am confident that Colombians will be able to meet this challenge head on.

More about 'Humanitarian challenges in 2018'

← BACK TO 'HUMANITARIAN CHALLENGES IN 2018' COLOMBIA