Our humanitarian work in Colombia: Facts and figures for 2017 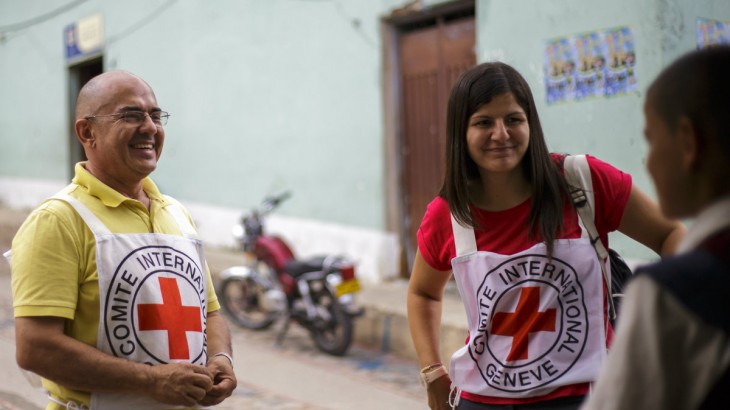 Catatumbo region, north of Colombia. Andrés Cortés/Photos for the ICRC

The facts and figures below indicate the impact of our humanitarian work in Colombia in 2017, much of which was carried out in cooperation with the Colombian Red Cross.

1,500 families affected by armed conflict boosted their household income with the help of skills training, employment assistance or resources to strengthen their business.

1,280 detainees benefited from visits from our staff and improvements made to the prisons' water supply, sanitary conditions and health-care provision.

570 people, most of whom had received threats, were helped to find a safe place to live.

1,700 members of the police and security forces and penitentiary authorities received training on international rules governing the use of force and humanitarian standards.

More about 'Humanitarian challenges in 2018'

← BACK TO 'HUMANITARIAN CHALLENGES IN 2018' COLOMBIA