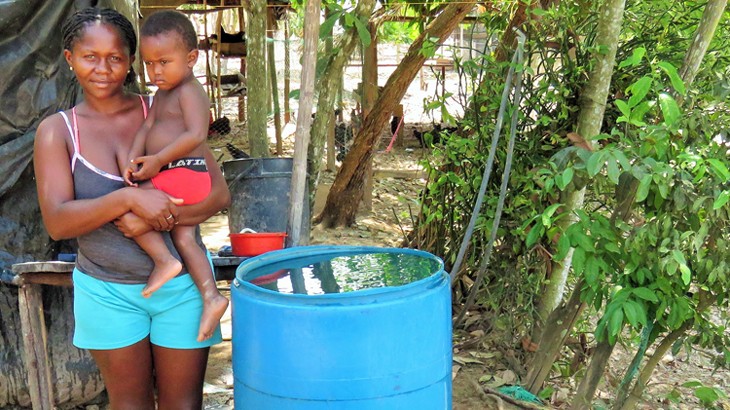 Water tends to be a luxury for mining communities in north-eastern Antioquia, an area where armed groups are active. Drinking water is scarce because effluent from the mining industry has contaminated nearby springs. In one neighbourhood in the town of Puerto Claver, the precious liquid used to be available for only two hours every other day, or not at all.

The España neighbourhood of Puerto Claver is home to a gold mining community. The black plastic sheeting that covers the roofs of their makeshift huts has to withstand the intense heat of the day, when temperatures can soar to 36 degrees. Before the ICRC launched its water project, local mothers had no choice but to let their children bathe in contaminated pools to cool off. The neighbourhood is also home to people displaced by the armed conflict. According to locals, armed gangs roam the streets at night. Some women avoid going out to fetch water because they fear leaving their homes for too long.

Puerto Claver is a magnet for fortune-seekers; gold fever first hit this part of Antioquia two decades ago. Prospectors thought they could ravage and plunder the land to find tiny nuggets of gold. Many of them dreamt of a golden ticket to the good life. However, the liquid mercury that miners used in the extraction process washed into the rivers and, little by little, the toxic effluent began to poison whole communities. Now, the gold deposits are running low. As time goes by, people are finding less of the precious metal and are struggling to feed their large families. 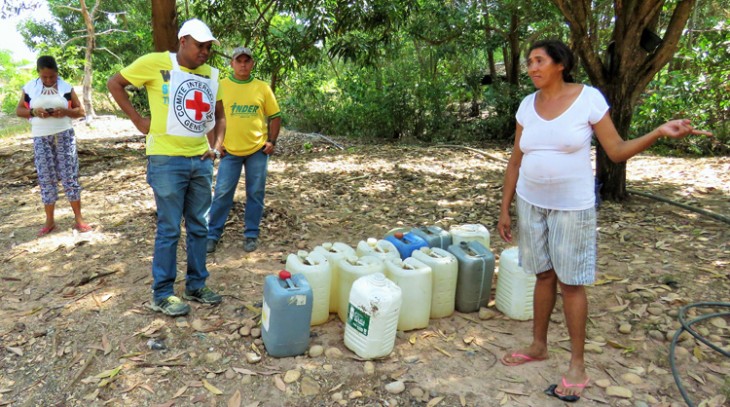 In order to address the shortage of clean drinking water, the ICRC sent a team to assess the situation on the ground. With the help of a specialist company, they surveyed the area, collected samples and sank a well more than 85 metres deep to reach safe drinking water. The next challenge will be to pump that water to homes in the neighbourhood.

The ICRC project also includes the installation of two 50,000-litre tanks and a set of solar panels to generate energy for the water purification system. At the moment, the well supplies clean water to almost 700 people. However, the infrastructure needs to be improved to ensure that the rest of the community can benefit. 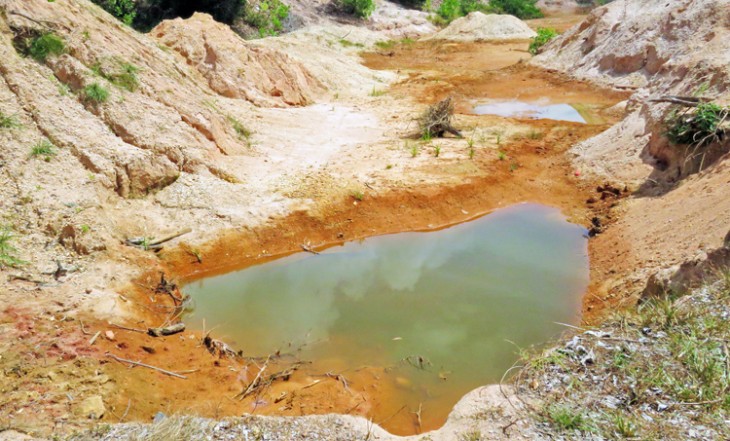 A pool of water contaminated by effluent from the mining industry. CC BY-NC-ND / ICRC/ Faruk Saman

← BACK TO THE ICRC IN COLOMBIA PAGE