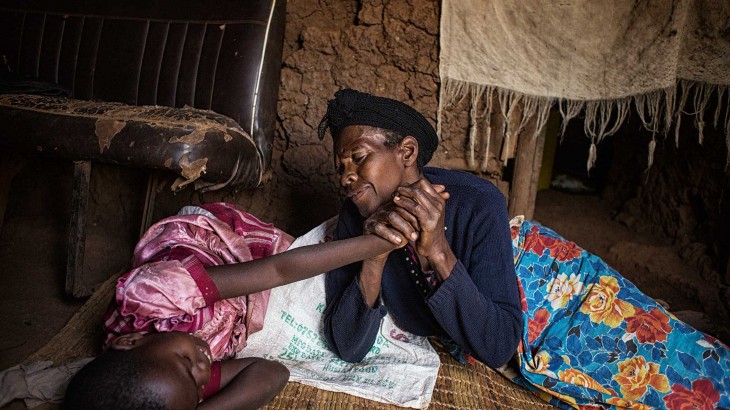 It has been two years since photographer Nadia Shira Cohen met two young orphans reunited by the ICRC with their grandmother in Rwanda. Last August, she went back to see how their lives had changed.

The two motherless girls still wear the red and pink dresses I bought for them two years ago. They are tattered and dirty today. Their mud hut, lit only by a meager candle flame, is crumbling. But this is the most important part of the girls' story: I can see that they are loved. 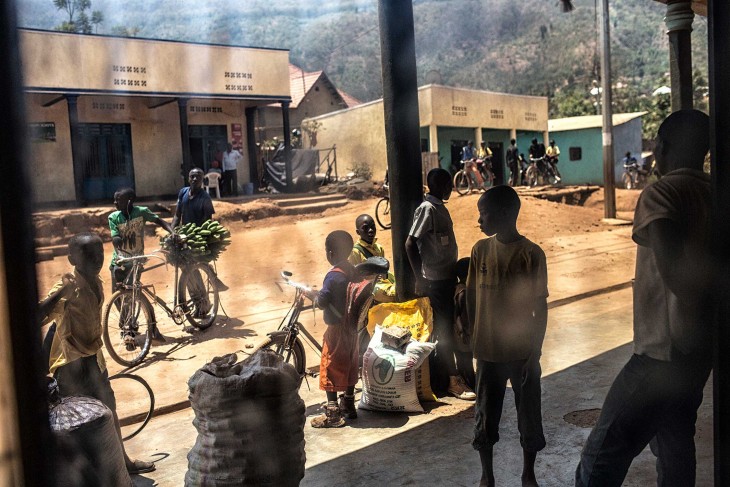 Wa-Jali, outside of Kigali, Rwanda, where Philomène and Jeanne Françoise are now leaving, with their grand-mother. CC BY-NC-ND / ICRC / Nadia Shira Cohen

Two years ago, I laughed out loud as Jeanne Françoise and Philomène first saw a working shower. They must have turned the hotel room light switch on and off a hundred times that night, marveling at its efficiency. I watched as a team from the International Committee of the Red Cross returned the two girls – then ages 10 and 8 – to their maternal grandmother in Rwanda. Life would be better for them, I hoped. 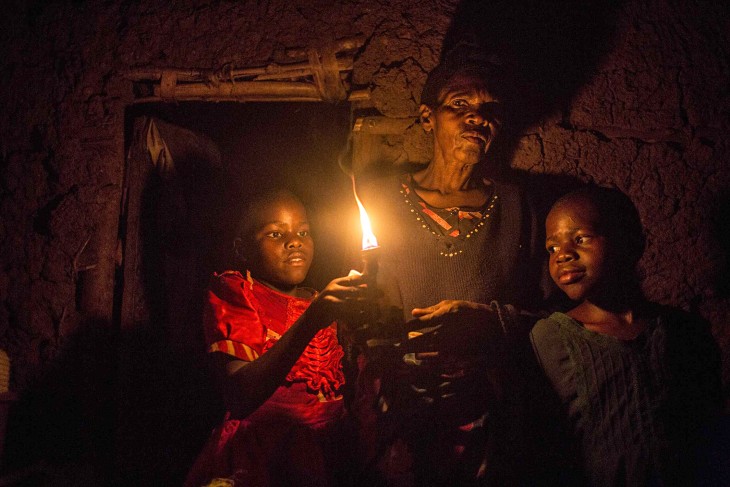 At home, after dark. Marie and her grand-daughters can use a lamp only when they have spare money for petrol. CC BY-NC-ND / ICRC / Nadia Shira Cohen

The two grew up in the Congo Brazzaville, their parents having fled Rwanda during the 1994 genocide. Though that's a sad enough beginning to life, it only got worse. Their mother died during childbirth and their father died of AIDS. A foster family took them in, but life there was tough, and probably better described as abusive.

Treated as domestic servants, beatings were common. So was a 5 a.m. wake-up call, when the girls were forced into the fields to chase bats from the onion harvest. They washed the clothes and dishes, they cleaned and cooked. Their foster parents lied to them about what life would be like in Rwanda in an effort to keep them enslaved. 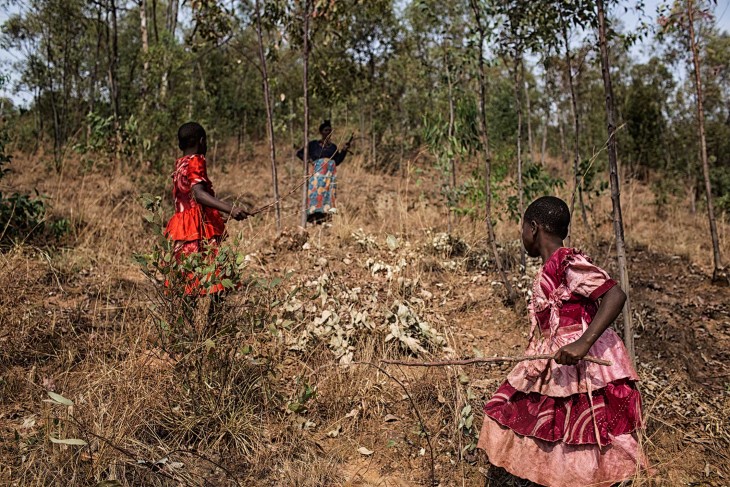 I remember feeling a mix of curiosity and hope as I watched Jeanne Francoise and Philomène reunited with their grandmother, Marie Mukambabazi. Now two years later, I decided to return to see how the family is doing. Though their life is simple, food is scarce and money is beyond tight, I'm happy to report that they are doing well. 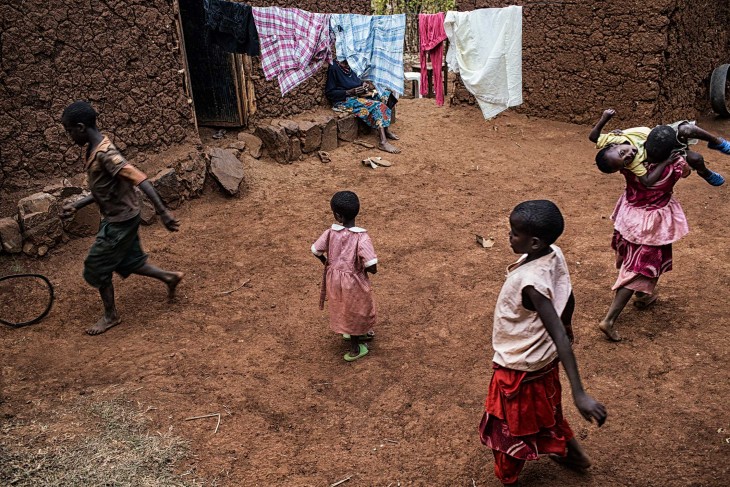 Those red and pink dresses told me just how tight money is. The girls wore them, holes and all, during the entirety of my four-day visit. There was no fuel for the homemade lamps. This life of material poverty depressed me at first, until I began to see the relationships and life the grandmother and girls have created. 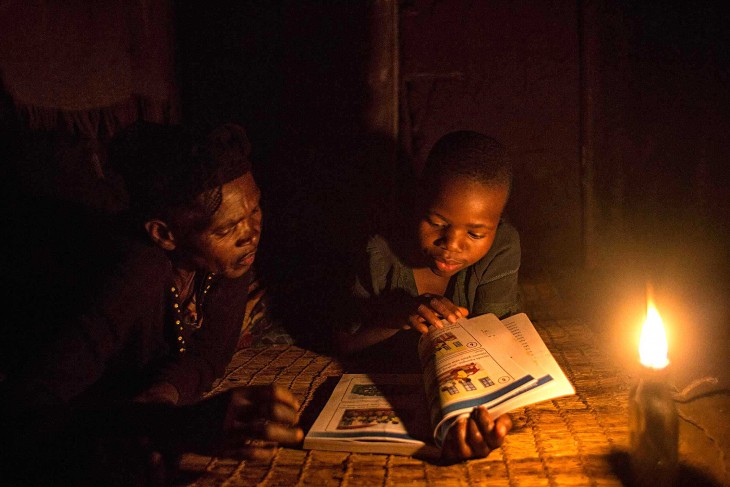 What is clear is that the girls have one of the most important things a child can have: love. They are also being provided with affection and discipline. And they now know life is not only about chores. Dance and play are now a part of their lives. Marie, the single grandmother who volunteered to take the girls in, has found herself a mother again at 72, unable to work and living in very poor conditions. But she strives to give the girls what she can. 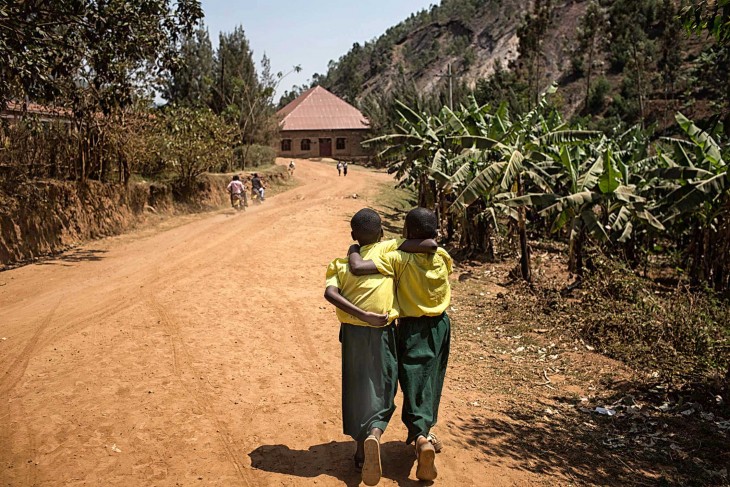 They attend school where they study in both Kinyarwanda and English. Their teacher, Niyonzima Vedaste, told me that they do well in class. Given the family's financial situation, they are lucky to even attend. When the girls first arrived, the teachers and parents met and decided to waive the 120 dollar annual fee. Philomène, now 12, hopes to be a teacher of Kinyarwanda, her mother's native tongue. Jeanne Françoise, 10, wants to be a doctor. 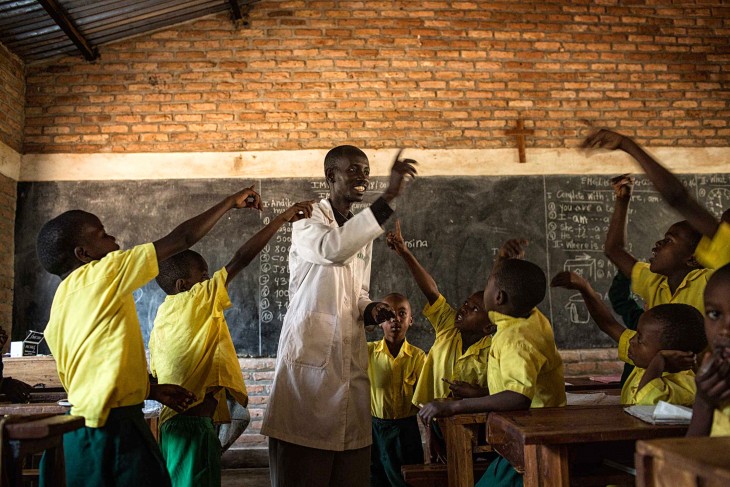 Philomène and Jeanne Françoise with their school-friend in the second year of primary school. CC BY-NC-ND / ICRC / Nadia Shira Cohen.

The reunification process carried out by the International Committee of the Red Cross took a long time to pull off, but Marie is happy it happened. "The girls have brought joy back into my life after many years," she told me. When the sisters first arrived, she says it was very difficult to discipline them. They fought frequently and lacked affection and joy. "I play with them, we joke and laugh," Marie said. "Kids need that." 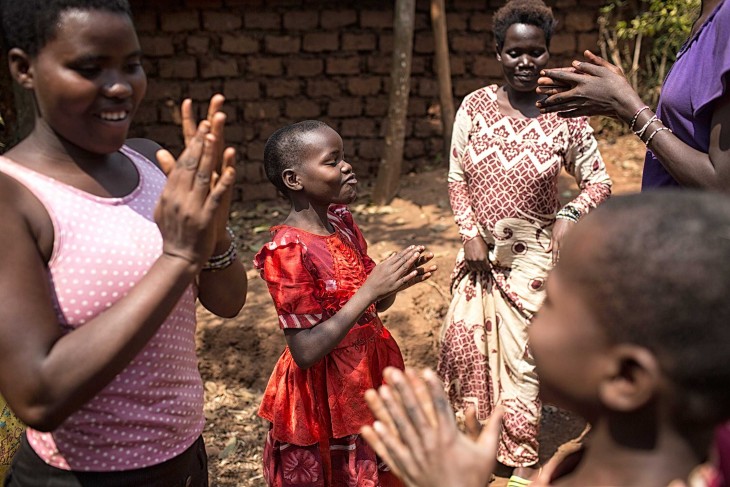 My follow-up visit has convinced me that the move from Congo Brazzaville was the right decision. As a mom, I feel sadness for the mother of Jeanne Françoise and Philomené Philomène. She would have loved to see the special young women these girls are becoming. But I'm comforted by that fact that she would be relieved to see that they are finally home. 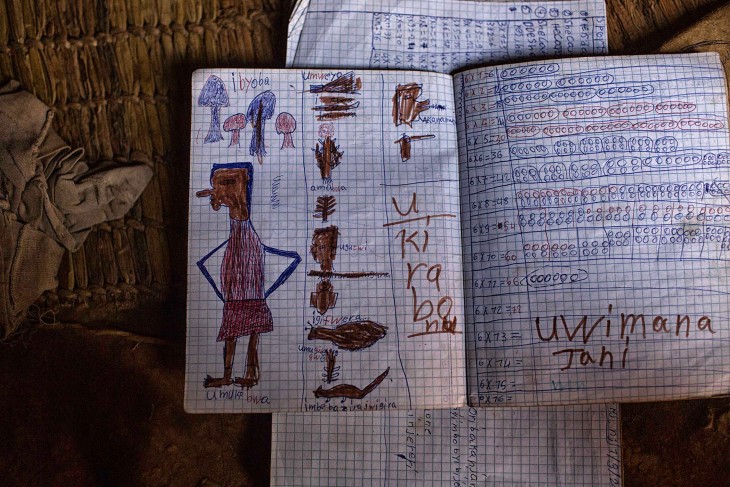 See the 2014 story by Nadia Shira Cohen on Al Jazeera documenting the moment the girls were reunited with their grandmother:

Reunited in Rwanda - Twenty years after genocide, a grandmother discovers two granddaughters she didn't know she had