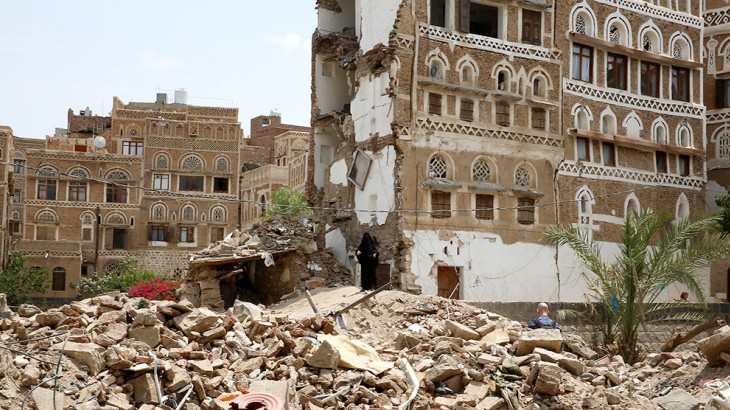 Considerable attention has focused recently on the destruction of historic monuments in many of the world's armed conflicts. What is however not so widely realized is that in the event of armed conflict, cultural property is protected under International Humanitarian Law.

The ICRC recently signed a Memorandum of Understanding with UNESCO's the United Nations Educational Scientific and Cultural Organisation to further strengthen cooperation on this issue. Antoine Bouvier, of the ICRC's Advisory Service on IHL explains more about how it will work:

What is the significance of the MoU signed between the ICRC and UNESCO?

This is the first agreement of its kind signed between the two organisations. It's important in that it consolidates and reinforces the ongoing work by both the ICRC and UNESCO to encourage more States to become parties to the treaties protecting cultural property in the event of armed conflict. These treaties are very specific but many provisions in them need to be integrated into States domestic law in order to be implemented. The ICRC and UNESCO have for many years helped States with this process of "domestication". The agreement also opens the way for a greater exchange of information between the ICRC and UNESCO aimed at protecting cultural property at risk and for the ICRC to potentially play an operational role in the rescue and evacuation of cultural property in some conflict situations.

What would these new types of cooperation mean in practice?

For example there could be exchanges of information on specific threats of violations of the treaties protecting cultural property or attacks on it. We might for instance facilitate contacts between UNESCO and other parties to help bring about the evacuation of cultural property at risk –an area in which UNESCO has more expertise and resources than we do. While the ICRC, through its Advisory Service on IHL, systematically promotes the rules protecting cultural property in the event of armed conflict and helps with their dissemination and domestic implementation, UNESCO has a very strong expertise in the field of developing standards and practical measures to protect cultural property. So there is good synergy between the two.

What is the ICRC's view of the recent trial at the International Criminal Court of figures accused of destroying cultural property?

We cannot comment on specific cases. But what we can say is that cultural property is protected in times of armed conflict by specific treaties, in particular the 1977 Additional Protocols to the Geneva Conventions and the 1954 Hague Convention and its two Protocols as well as customary IHL. Under IHL, States parties are obliged to prosecute and punish those found guilty of serious violations of these rules. Under article 8 of the Statute of the International Criminal Court, the most serious violations constitute war crimes. There are very few cases of this kind so far but we can clearly observe a growing concern about this type of war crimes and interest in prosecuting the perpetrators.

Amid the rampant IHL violations against human life and vital infrastructure, why is cultural property so important?

Moreover, people are becoming more and more conscious that destruction of cultural property can have very long-lasting and very serious effects for example on the process of restoring relations between former warring parties and reconciliation of war torn societies.

But can't it even be seen as a distraction from vital humanitarian work?

Of course the priority must always be to save lives and hospitals and medical facilities before saving cultural property. But on the other hand if we are too dismissive of the importance of cultural property, there is an argument that when cultural property can be destroyed without any reaction, it might provoke even more attacks on individuals and the wounded and sick in health care facilities.

How easy it to even define what cultural property is?

Specific protection recognizing the cultural heritage of every people is enshrined in the 1954 Hague Convention for the protection of cultural property during armed conflict, which was complemented by the 1977 Additional Protocols, and has become part of customary international law.

Memorandum of understanding between UNESCO and ICRC