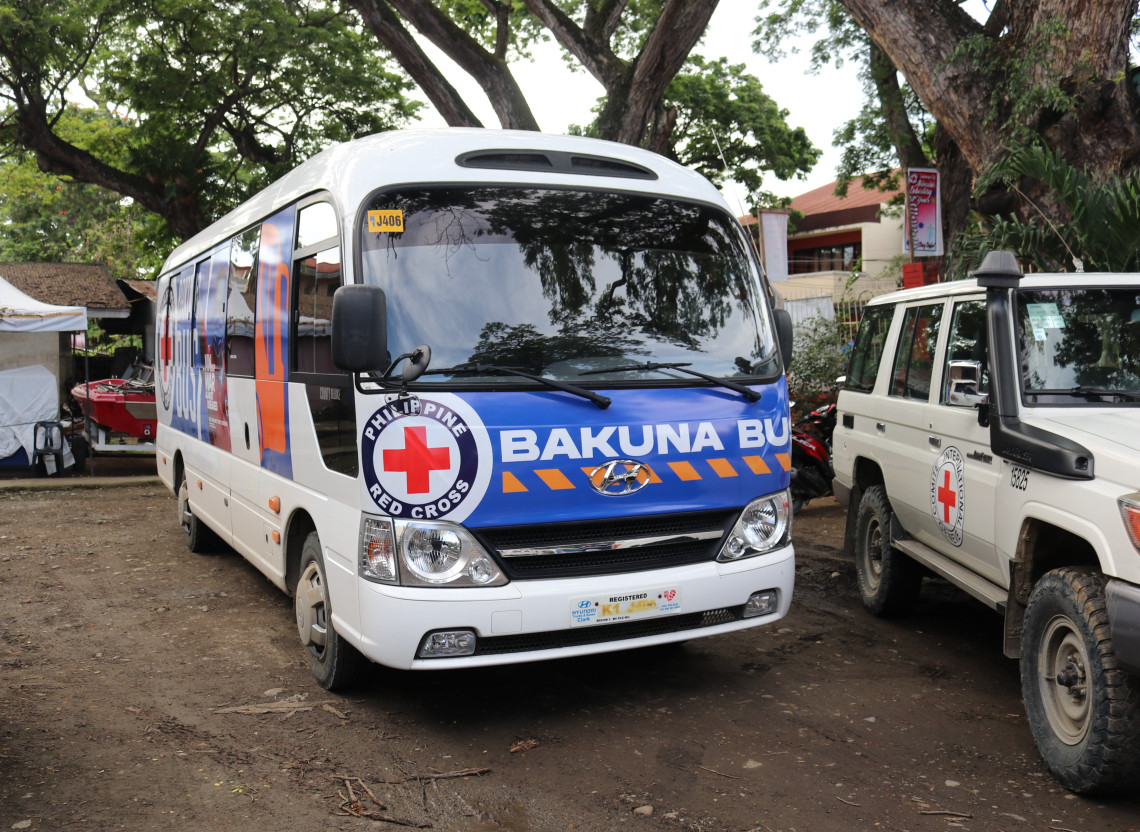 Finally, after waiting for months, Melissa Bajolo can breathe a sigh of relief. The factory worker has received her booster shot from the Philippine Red Cross (PRC) Bakuna (vaccine) Bus, a four-wheel vehicle that goes around Zamboanga City to provide vaccines to those who want to get their COVID-19 jabs.
Article 30 June 2022 Philippines

A laborer at a sardine plant, Melissa has found it difficult to go to the city's vaccination center because doing so means being absent from work for an entire day. Being gone means losing the day's wages. But she is determined to get vaccinated--it was the only way that she can get protected against COVID-19.

"Thank you, Red Cross for doing the vaccination right here in our workplace," she says a few minutes after getting her jab.

Melissa is one of the hundreds of Zamboanga factory workers who have received booster shots from the Bakuna Bus. The bus, which has been fully equipped to store and transport vaccines, was donated to the PRC by its partner, the International Committee of the Red Cross (ICRC). Manned by PRC staff and dedicated volunteers, the Bakuna Bus has also vaccinated detainees, in coordination with authorities, as well as residents of far-flung villages in Mindanao. 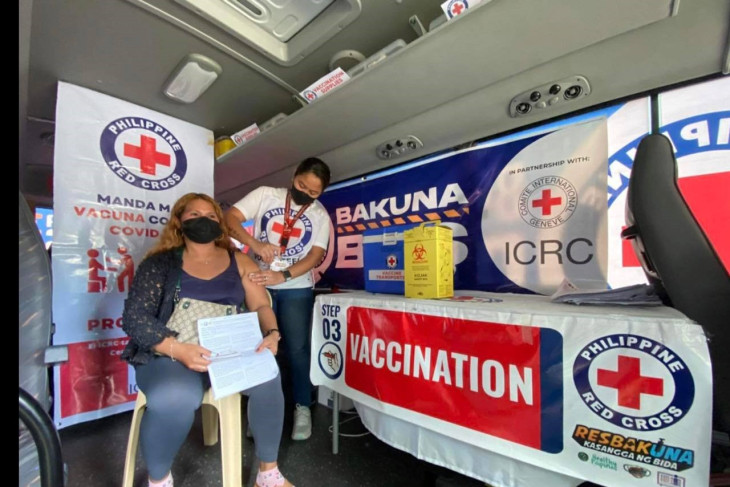 A factory worker from Zamboanga City gets the COVID-19 vaccine.
Photo: Derkie Alfonso/ICRC

Recovering from the pandemic

Like other urban centers in the country, Zamboanga, which has a population of a million people, has been hit particularly hard by the COVID pandemic. Its economy relies on the more than 10 sardine canning plants that employ hundreds of people. When Zamboanga was placed on lockdown, the factories had to operate under limited capacity to ensure that physical distancing was followed.

The steady arrival of vaccines was a step toward normalcy but bringing them closer to people proved to be a challenge. The arrival of the PRC Bakuna Bus has been a game-changer for the residents of Zamboanga.

Jose C. Sy, Melissa's co-worker at the canning plant, was in the same boat as his colleague. He couldn't take a day off to go to the vaccination center.

"One day-off means one day without pay, which is a loss of income for me and my family," he said.

When the PRC Bakuna Bus arrived at his workplace, Jose grabbed the opportunity. After months of waiting, he can finally rest easy. The vaccine eases his worries about getting hospitalized with severe COVID.

Mylene Badiango, the PRC vaccination center supervisor, said that the PRC Bakuna Bus gave the organization the ability to reach more Mindanawons, from their workplaces to their homes. The bus has already visited three sardine factories and seven remote villages surrounding Zamboanga City. Meanwhile, the PRC Zamboanga COVID-19 vaccination center has administered more than 49,000 doses as of June 2022. The PRC and the ICRC have proven to be reliable partners to the local government of Zamboanga in its vaccination drive.

"The PRC Bakuna Bus gave us much mobility to reach people who struggle to leave their far-flung communities or work places to get vaccinated," she says.

At the core of the PRC Bakuna Bus is an enthusiastic cadre of volunteers who work with synergy, from setting up the emergency tents to conducting the pre-vaccination medical screenings. Vince Plaza, one of the volunteers, said that he is proud of the work that the PRC does in Zamboanga.

"Together with other volunteers who take part in bringing life-saving vaccines to the people, we find this task especially meaningful," he says.

But there is still much to be done. Joseline Fernandez, the chapter administrator of PRC Zamboanga, said many residents are still hesitant to get the vaccine. Countering misinformation remains a gargantuan task. But the bus continues in its mission and will travel to Surigao del Norte in August and Agusan del Norte in September.

"We have been tirelessly educating and explaining that the vaccine is safe and effective. The good news is that based on our experience, the presence of the Bakuna Bus in the communities is enough to convince them to get the shot," she says.