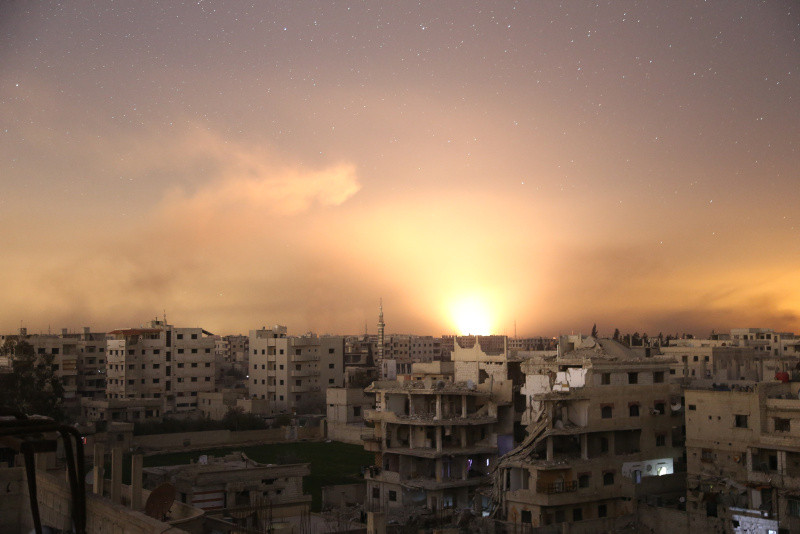 From 10 December 2021 to 6 February 2022, the ICRC presents the exhibition "Urban Warfare" at Geopolis in collaboration with the Directorate-General for European Civil Protection and Humanitarian Aid Operations (DG ECHO) .
Article 01 December 2021 Belgium 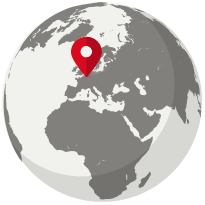 From 10 December to 6 February, the Géopolis gallery in the Belgian capital will host exhibitions by the winners of the last three editions of the ICRC's humanitarian Visa d'Or. An initiative supported by Directorate-General for European Civil Protection and Humanitarian Aid Operations (DG ECHO).

Awarded each year as part of the prestigious Perpignan international photojournalism festival, Visa pour l'image, the ICRC humanitarian Visa d'Or has been awarded in 2019, 2020 and 2021 to Abdulmonam Eassa, Alfredo Bosco and Antoine Agoudjian. The award-winning works focused on Syria, Mexico and the Nagorno-Karabakh conflict, clearly illustrating the tragic humanitarian consequences of wars in the city.
The humanitarian consequences of fighting in urban areas are still appalling. Main victims, civilians. International humanitarian law (IHL) - the foundation of which is based on the Geneva Conventions - nevertheless protects them, as well as the infrastructure necessary for their survival, such as drinking water stations or even hospitals. One of the cardinal principles of international humanitarian law obliges any belligerent to distinguish combatant and non-combatant, and therefore to spare the civilian population.

The ICRC works in most of the cities at war, alongside the national Red Cross and Red Crescent societies involved. It tries on a daily basis to provide answers to the distress of the populations, while negotiating humanitarian access with the belligerents.

Just one question for city dwellers trapped in the fighting: try to flee or wait, holed up, for an improvement? Hitting indiscriminately in densely populated areas is prohibited under international humanitarian law. The main consequences for civilians are as follows: The lack of any security due to the fighting, the bombardments but also the mines, improvised explosive devices, unexploded projectiles but also the behavior of the belligerents. Shortages of food, water, medicine, but also electricity and fuel. Inability to access health care due to damaged or destroyed hospitals, and a shortage of health personnel due to insecurity. The immediate deterioration of the socio-economic situation as well as access to education or employment. Finally, the evacuation of populations from cities - when possible - remains a major humanitarian challenge since it is necessary to assist thousands of displaced people while supporting the host populations.

Eassa in Brussels for a conference during the EHF: the young Syrian photojournalist Abdulmonam Eassa will be present at the gallery on January 26 2022, to explain his unique journey and his way of working. Until then and from December 10, meet at Géopolis in the Ateliers des Tanneurs complex, located in the heart of Brussels, between the Sablon and the Place du Jeu de Balles. Rue des Tanneurs 60, Brussels.