Democratic Republic of the Congo: “Healing memories” through drama 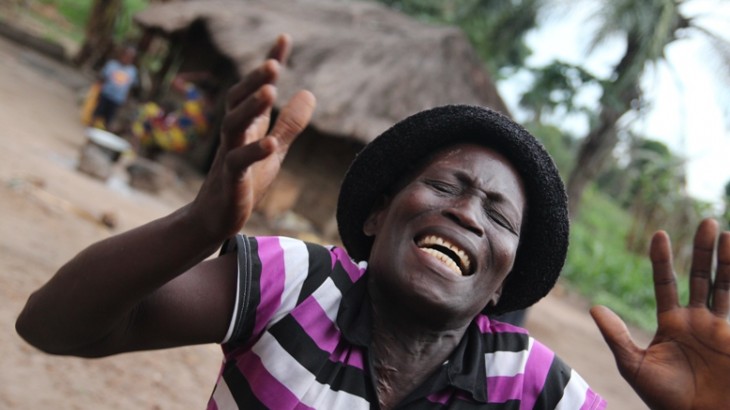 Children kidnapped and trained as soldiers, girls snatched and forced to be “wives,” entire villages reduced to ash. Between 2008 and 2011, communities in Orientale province, northeast Democratic Republic of the Congo (DRC), were struck by waves of extreme violence resulting from the presence of the Lord’s Resistance Army. In villages such as Banda, people have been left severely traumatized by the atrocities they witnessed. But through drama productions, these villagers are learning to recover together. Photo-reportage by Pierre Buingo, from the ICRC delegation in Kisangani, and freelance photographer Martin Van der Belen. 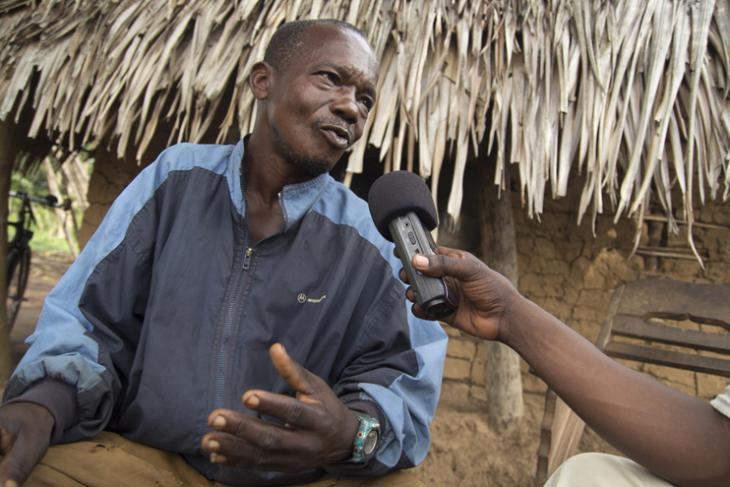 “Gaspard was only 10 years old when armed men snatched him from us and took him into the bush. For two years, my wife and I were in utter misery. Gaspard’s return home in 2012 brought great joy to the family, but this joy was fleeting: my little boy was behaving very strangely. He was completely different. Even the neighbours and his friends began avoiding him. Thinking about the state my son was in made my life unbearable,” confides Gilbert (54 years), a church leader from Banda, who has come to watch a drama production in a nearby village.

“This play has helped me to understand Gaspard’s behaviour better. The neighbours have also changed their attitude towards him: they’re now happy for him to play with their kids.” 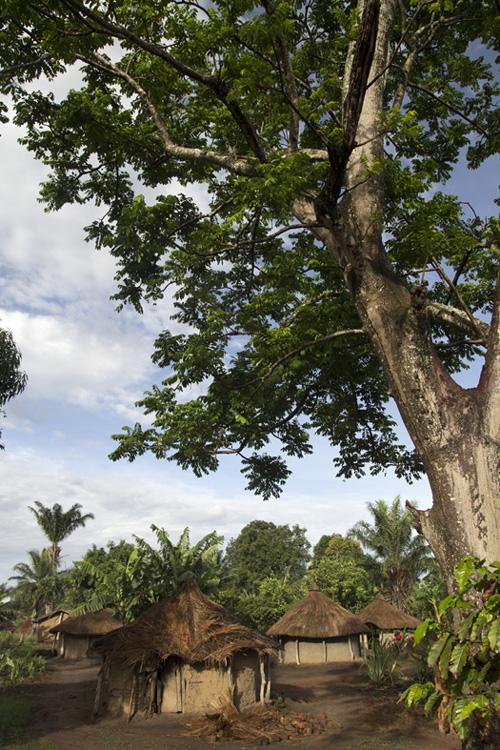 Banda is one of several villages in Ango territory, Orientale province, northeast Democratic Republic of the Congo. Since the end of 2008, entire communities in this part of the country have been wiped out by waves of extreme cruelty and violence, largely resulting from the presence of the Lord’s Resistance Army. Though armed groups have been less active since 2011, they continue to be the target of regular military operations, and the trauma left in their wake is severe. Since 2012, the ICRC has been running a mental health and psychosocial support programme in the region for all those affected by the violence, whether directly or indirectly. 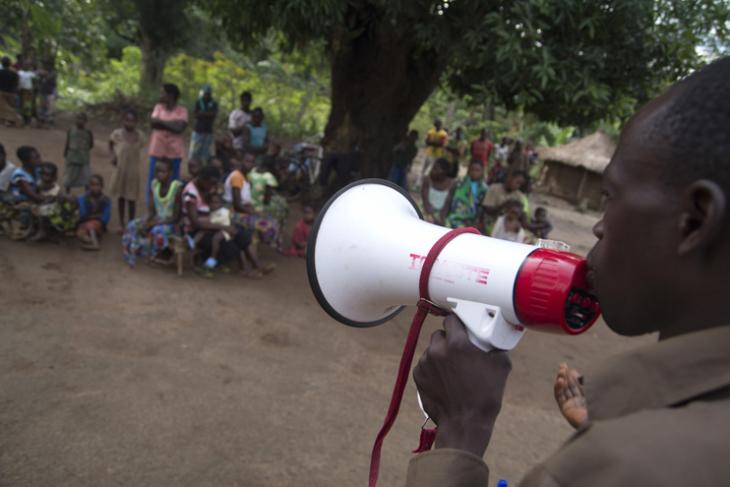 Supporting the victims through drama

Since 2012, volunteers from the Red Cross Society of the DRC, religious leaders and teachers have been putting on popular theatre productions exploring various trauma-related themes. “The plays are a means of expression, education and awareness-raising among local communities. They portray the signs of violence-related trauma and the dangers and consequences of stigmatizing those affected,” explains Samuel, who leads the Red Cross drama group.

“Solutions to the victims’ psychological problems lie within the community itself. Through drama, members of the community can engage with the issue and share ideas about how to support those who have been affected by the violence in one way or another.”

The plays cover a range of themes, including victims’ experiences, their return home, stigmatization, helpful attitudes in the community, and counselling. The aim is to change people’s attitudes towards survivors of the violence. A question-and-answer session allows the audience to interact with the psychosocial counsellors present and propose solutions to the problems depicted in the play. These drama productions are often put on early in the morning or at sunset, so as not to interrupt work in the fields. 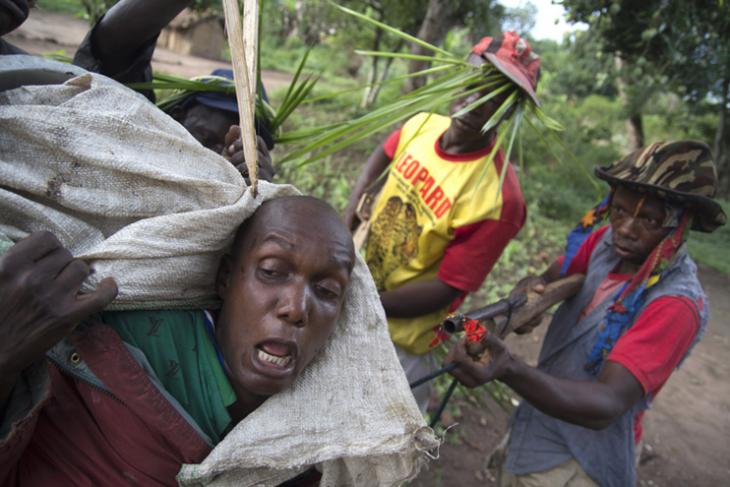 Jean-Paul* is one of the volunteer actors in the Red Cross drama group. He is 35 years old and has four children. Once kidnapped by armed men, Jean-Paul sees acting as a way of easing his suffering. “They arrived in our village in the middle of the night. They robbed us of everything we had in the house,” he says. “My life was spared because they found things to steal. My uncle and I were forced to carry their spoils. We walked for several kilometres through the bush and then they let us go before sunrise. If my children had been with me that night, they would have been kidnapped, because what these men were after, above all else, were children.”. 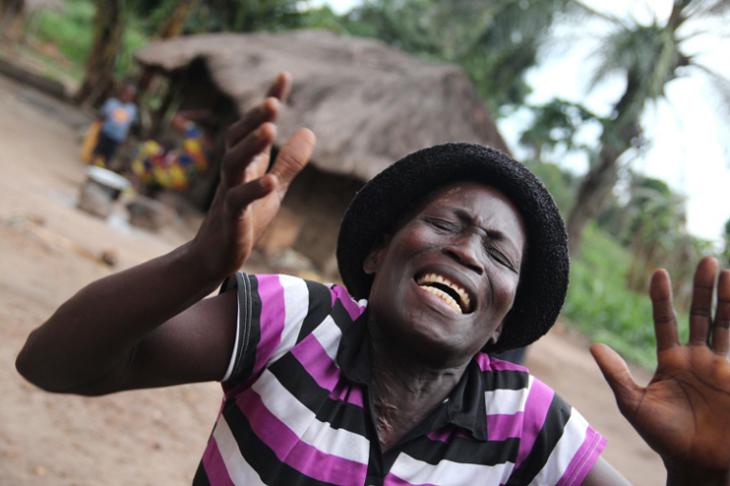 “None of us has studied drama at school or had any acting training. Our only experience of theatre was watching plays at church. These plays are infrequent and tend to be put on during major Christian festivals such as Christmas and Easter, to enact Bible stories,” says Wivine, an actor from the local drama group in Banda. This reserved middle-aged woman transforms on stage, as she takes on the role of a mother devastated by her son’s kidnapping.

“With training from the ICRC, we’ve been able to produce plays that convey important messages about the plight of victims and the psychosocial support they can get,” she adds. 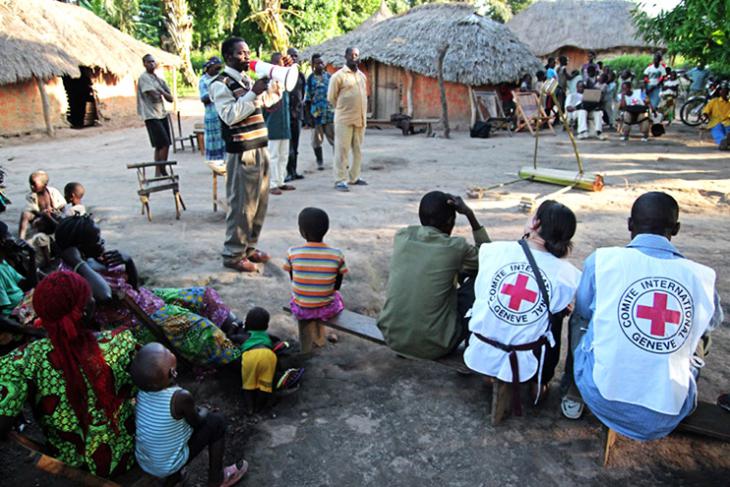 Recently, the religious authorities in the village set up their own drama group to address the issue of violence and its impact on the community. The group’s bamboo elephant prop makes everyone laugh. 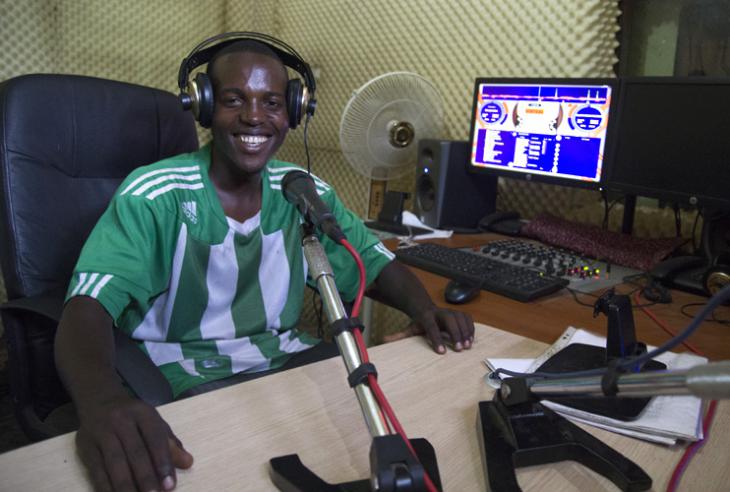 Banda village is situated in Ango territory, Bas-Uélé district. More than 800 kilometres from Kisangani, the capital of the province, it lies hidden in the depths of the equatorial forest. The community also has very limited means of communication; there are two local radio-communication services, run privately, and a community radio station.

The area in and around Banda has an estimated population of over 13,500 and spans 7,000 square kilometres. The road connecting Banda to the north and the south is in extremely poor condition. The isolation of the region hinders its development and its access to humanitarian assistance.

The only way that ICRC teams can reach Banda is by aeroplane, which lands on a small stretch of dirt track cleared in the middle of a field. 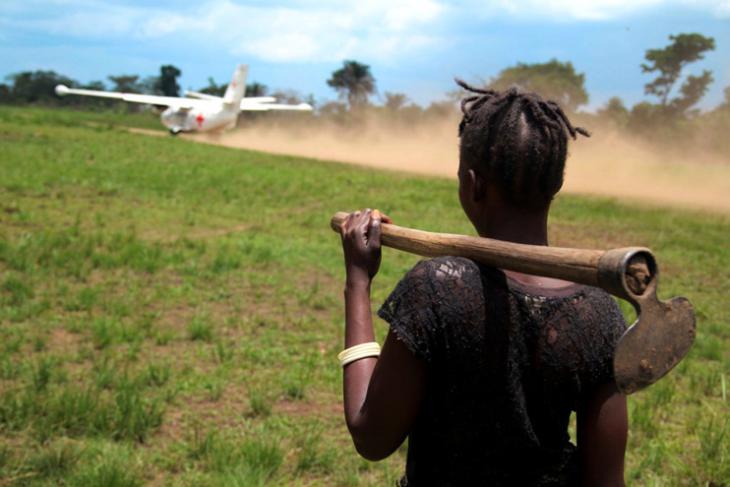