E-briefing: Generating respect for the law 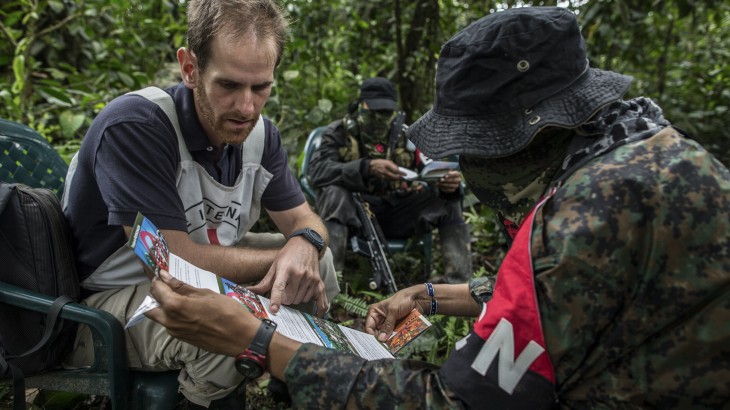 Caption: Chocó Department. An ICRC employee speaks to members of the ELN armed group about international humanitarian law and the obligation to protect the lives of the civilian population.

How can we ensure that respect for human life and dignity remains a concern shared by parties in armed conflicts? What tools and strategies are successful in influencing the behavior of both armed actors and decision-makers?

These questions have led the ICRC to reflect on how to generate respect for the law. A key point of this process was the publication of an edition of the International Review of the Red Cross (the Review) on the theme Generating respect for the law in December 2015. The edition takes stock of the lessons learnt in the field of influencing behaviour and developing strategies for enhanced respect for the law. More generally, it recalls the importance of taking preventive measures to avoid the loss of the lives, livelihoods and prospects of entire generations caught up in armed conflict.

Based on the editorial of the same edition of the Review, the ICRC is launching its new online e-briefing, which uses multimedia to create a compilation of reflections on how to generate respect for the law.