An effective killer: Five things you need to know about chemical weapons 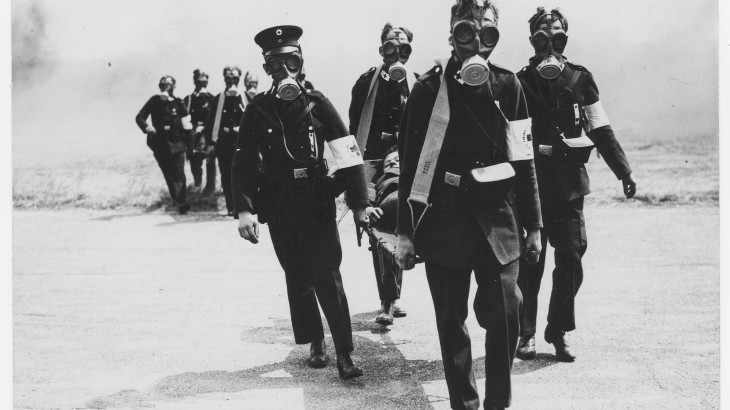 1. In your view, why are chemical weapons banned?

Their indiscriminate nature. They could kill or maim any person, whether that person is participating in a given conflict or not. A second issue is that the effect of certain chemical weapons could bring lifelong damage that would remain after the conflict ends. To make and use a weapon that prevents people from using the air, from breathing, was considered too horrible and damaging.

2. When you see images of a person who has suffered a chemical weapons attack, what goes through your mind?

When I see a video or a picture, the first thing I think is that we cannot confirm anything. What we can say is that the apparent signs or symptoms on this person could be consistent with persons contaminated with this kind of agent. But we cannot confirm anything. Some of the symptoms could be similar to a natural pulmonary disease. The only thing that allows us to confirm contamination by a chemical warfare agent is taking samples and analyzing them in the lab.

For thousands of years soldiers poisoned water sources, wells, or arrow tips in order to harm the enemy. Arsenic has been used for thousands of years to poison and kill people. Toxic chemicals have been used to harm and kill people for a long time. In our recent history, chemical weapons were deliberately used at a large scale in World War I. The Battle of Ypres in Belgium is famous for this first chemical attack. That was chlorine. Since then specific chemical warfare agents have been produced until recent years even if it was decided by common understanding to prohibit their use since the Geneva Protocol on Asphyxiating or Poisonous Gases.

4. What do the different chemical weapons do to the body?

Let’s look at chlorine. The first thing is that chlorine itself is not a chemical weapon. It’s a toxic industrial chemical that is very useful to purify water. It’s really very important to have clean water to avoid water borne diseases. But chlorine is a chemical agent that effects the eyes and the ability to breath. When mixed with water it produces hydrochloride acid. It’s not a very efficient chemical weapon because we can sense it when it’s not very toxic yet. So you can run away. Using chlorine gas is not prohibited as such, but using chlorine gas as a weapon is prohibited.

Chemical warfare agents are classified in different categories depending on their effect. We have the blistering agent such as mustard agent that is designed to induce blisters wherever it falls. It goes on micro droplets and it makes a chemical reaction with the skin or the moisture we have in the lungs, and the effect is a blister. It’s not meant to kill. It’s meant to disable, normally the soldier. In the eyes it would blind the person, in the lungs it would prevent him from breathing. It has a 5 percent kill rate. And the idea behind it is just to maim a soldier and have five to six soldiers coming to help him, so it would reduce the capacity of that armed group.

The second category is nerve agents, like sarin, or VX. These are nerve agents because they stop the activity of one enzyme associated with our muscles. So all the muscles will cramp, including the lungs, or the muscles that are controlling them, so people die from suffocation. The mortality rate is very high. Like all chemical warfare agents, you cannot use sarin, you cannot store it; it’s prohibited.

You also have blood agents like cyanide. These prevent the cell respiration. It blocks the function of the cell. The mortality rate is very high. It’s an effective killer.

Chemical warfare agents are designed specifically to not be detected by our senses. We can’t see them, we can’t smell them, so you don’t run away. Their toxicity is high enough that they have bad effects on your health before you start feeling it. And all of them have a density that is higher than air so they settle in basements and trenches, as they are designed to kill or maim soldiers in trenches. Some are persistent, which means when they fall on the body, hair, skin, clothes. They continue cross contaminating elsewhere, and it harms the soldiers trying to help the contaminated one, it harms the medical staff trying to help the victims.

5. What is your analysis of the landscape today? Is the same will that banned chemical weapons 100 years ago still there on a global scale?

This is a personal opinion. I have the feeling that the increased use of toxic chemicals in conflict leads to the stigma diminishing. What’s useful militarily in a chemical, radiological or biological weapon attack is the fear effect. It creates fear. Even when you take a chlorine attack, for instance, the effect on victims is not that significant at scale compared to the effect of a conventional weapon, but the effect of it is everyone talks about it and it’s feared. So I’d say the will of banning the use of chemical weapons is still the same, because everyone still thinks they are horrible. At the same time you have more people with chemical skills. It’s very easy to produce some chemical agents, and the fear effect it produces is powerful.

Johnny Nehme holds a PhD in biomedical science from the University of Paris. Before joining ICRC he worked for the Atomic Energy Commission, where he studied the effect of radiation on blood cells. Earlier in life he worked as a paramedic for the French Red Cross.