The red cross, red crescent and red crystal emblems provide protection for military medical services and relief workers in armed conflicts. Moreover, the emblems are also used by National Societies of the Red Cross and Red Crescent Movement in each country for identification purposes.

The use of the emblems: clearly defined in law

The use and misuse of the red cross, red crescent and red crystal emblems is clearly defined in law. The Geneva Conventions and their Additional Protocols contain several articles on the emblems. Among other things, they specify the use, size, purpose and placing of the emblems, the persons and property they protect, who can use them, what respect for the emblems entails and the penalties for misuse. Moreover, they also require each State party to the Geneva Conventions and their Additional Protocols to enact legislation defining the use and preventing the misuse of the emblems on the national level. 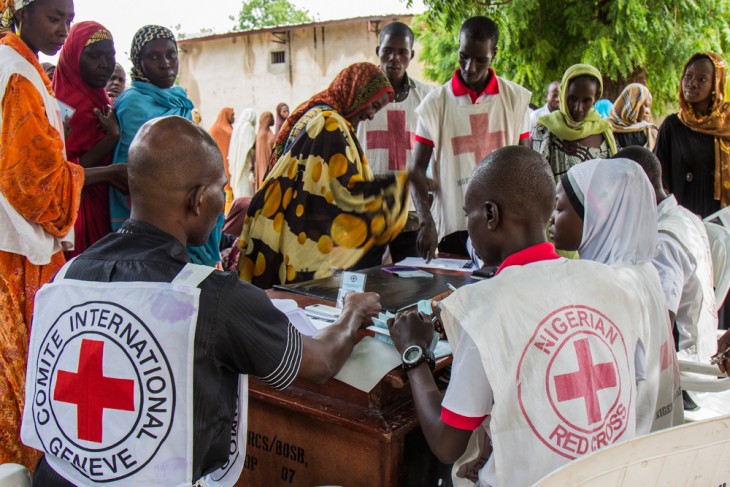 The protective and the indicative use of the emblems

There are two main uses of the emblems: the "protective use" and the "indicative use".

Firstly, the emblems are a visible sign in armed conflict of the protection given to the medical services, equipment and buildings of the armed forces under international law. That protection extends to certain humanitarian organizations working alongside the military to relieve the suffering of the wounded, prisoners and civilians caught up in the conflict. This first use is usually referred to as "protective use".

There are two main uses of the emblems: the "protective use" and the "indicative use".

The rules for both uses are very precise.

In armed conflicts, the protective emblem must be in red on a white background with no additions. It must be clearly displayed in a large format on protected buildings, such as hospitals, and vehicles. Emblems on armbands and vests for protected personnel must also be clear and stand alone. A deliberate attack on a person, equipment or a building carrying a protective emblem is a war crime under international law. 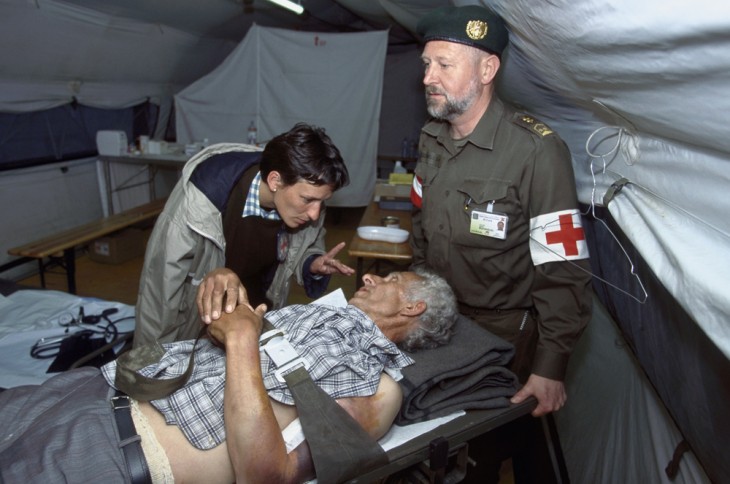 The indicative use by National Red Cross and Red Crescent Societies is different. National Societies may in peacetime make use of the name and emblem of the red cross for their activities other than assistance to the medical service of the armed forces. The indicative use is thus primarily a peacetime use. The emblems are in effect used as a logo. In wartime, National Societies may continue to use the indicative emblem, but only under the condition that it cannot be considered as implying the protection of the Convention, i.e. that it cannot be confused with the protective emblem. To this end, the indicative emblem must be comparatively small in size and may not be placed on armlets or on the roofs of buildings.

The history of the emblems

The first emblem came into being in 1864. The governments attending the diplomatic conference, which adopted the First Geneva Convention in 1864, decided that a clear neutral sign was needed on the battlefield to protect medical staff and facilities. They opted for a red cross on a white background, the exact reverse of the flag of neutral Switzerland. The resulting symbol had the advantage of being easily produced and recognizable at a distance because of its contrasting colours.

In the years that followed, a number of national relief organizations started to be called "red cross societies" and the indicative use of the emblem became established.

The first emblem came into being in 1864.

The original intent of the 1864 conference was to create a universal, neutral and distinctive sign of protection, used and recognized by everyone. But just over a decade later, during the Russo-Turkish war, the Ottoman empire adopted the red crescent as its protective sign, while still recognizing and respecting the red cross. Persia, too, adopted its own sign and in 1929 governments formally recognized all three. 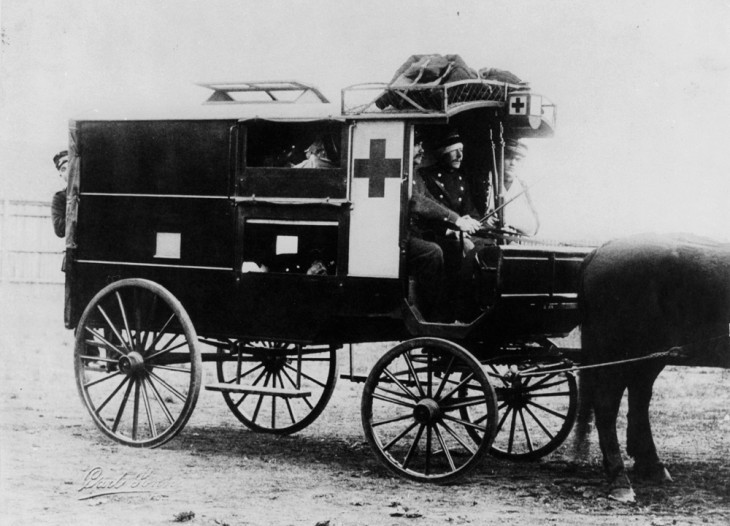 This situation lasted until 1980 when Iran dropped the old Persian sign – the red lion and sun - in favour of the red crescent. Since the 1990s there had been concern about respect for the neutrality of the red cross or red crescent in certain difficult conflicts. In 1992, the then president of the ICRC called publicly for the creation of an additional emblem devoid of any national, political or religious connotation. In 2005 governments adopted an additional protective sign, the red crystal.

Read also: The history of the emblems