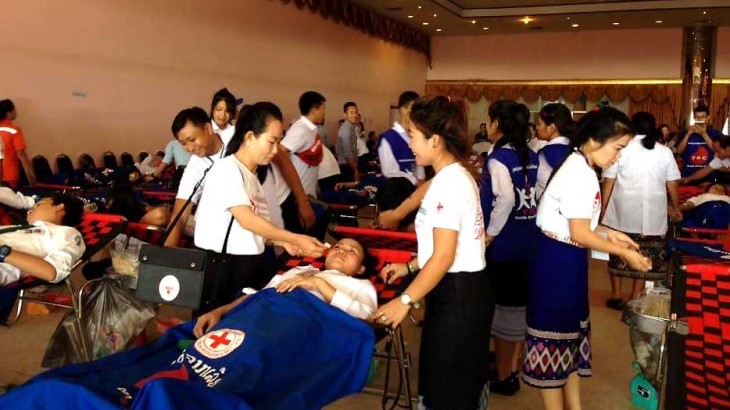 The Fund has a total value of over 15 million Swiss francs and finances various projects by National Red Cross and Red Crescent Societies to assist people in need. Grant announcements are made every year on 11 April, the anniversary of the death of Her Majesty the Empress Shôken. The first grant was awarded in 1921, to help five European National Societies fight the spread of tuberculosis. The Fund has assisted more than 150 National Societies so far.

The imperial family, the Japanese government, the Japanese Red Cross and the Japanese people revere the memory of Her Majesty the Empress Shôken, and their enduring regard for the Fund is shown by the regularity of their contributions to it.

For more information on the Empress Shôken Fund, visit www.shokenfund.org.

More than 35 National Societies applied for grants in 2017. The Joint Commission is pleased to announce the Fund’s support – to the value of Sfr 324,046  – for thirteen projects in Antigua and Barbuda, Argentina, Cambodia, Chad, Croatia, Georgia, Guinea, Kyrgyzstan, Lebanon, Nicaragua, the Philippines, Swaziland and Togo. The projects address such matters as health, disaster preparedness and response, social welfare, and issues of concern to young people.

The Antigua and Barbuda Red Cross Society has long been the chief provider of first-aid services in Antigua and Barbuda; itsfirst-aid programme is one of its main sources of income. The grant will enable it to expand its capacities and its involvement with the wider community.

In Argentina, the Argentine Red Cross is the main provider of rescue services and first-aid training; roughly three-quarters of its branches also operate as training sites. The grant will enable it to strengthen the ability of its branches to organize and promote first-aid courses.

In Cambodia, people between the ages of 9 and 25 have been identified as the group most at risk from road accidents, accounting for around 50% of all casualties. The grant will help the Cambodian Red Cross Society to promote road safety, advance disability inclusion in schools and society, and improve livelihood prospects for young people with disabilities.

In Chad, inadequate access to safe water and to sanitation services, together with poor hygiene practices, are increasing the risk to people from water-borne and sanitation-related diseases. A Mothers’ Club initiative will help the Red Cross of Chad to build resilience among vulnerable women – by setting up income- generating activities and by providing the means necessary for them to become ambassadors of good hygiene, sanitation and health practices in their homes and communities. 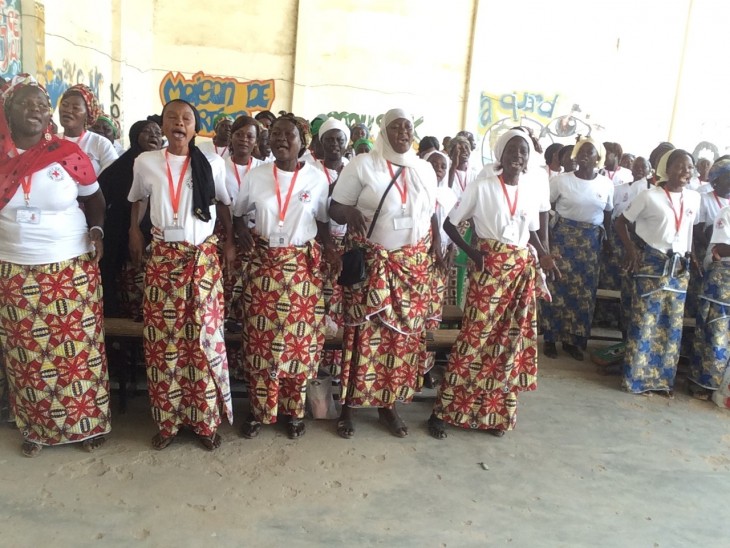 In Croatia, almost 18% of the population is physically disabled. In 2015, the Croatian Red Cross successfully implemented a programme for loaning medical equipment at 40 local National Society branches. The grant will help it to expand the programme to 80 branches and to improve access to medical care and orthopaedic aids for people suffering from long or short-term disability.

Around 250,000 people have been displaced within Georgia by the Georgia-Abkhazia and Georgia-South Ossetia conflicts. The grant will enable the Red Cross Society of Georgia to carry out activities to help young people displaced by the conflict in Abkhzeti to become active citizens in their communities.

In Guinea, the Ebola outbreak exacted a terrible human toll and had devastating socio-economic consequences. The project supported by the Fund aims to publicize the work done by the Red Cross Society of Guinea and its partners in response to the outbreak, with a view to making such activities even more effective in the future.

In Kyrgyzstan, rapid urbanization is causing a rise in road accidents. In 2015, more than 6,500 car accidents were reported: they resulted in 1,008 deaths and 9,683 injuries. The grant will bolster the Red Crescent Society of Kyrgyzstan’s efforts to reduce the number of such accidents. These efforts will include promotional campaigns urging drivers to comply with road safety policies and pedestrians to change their behaviour.

There are more than 1 million Syrian refugees In Lebanon. The grant will enable the Lebanese Red Cross to foster a culture of peace by promoting values associated with social inclusion, non-discrimination and non-violence among Lebanese communities.

In Nicaragua, the traditional concept of the family – as the site of the most meaningful relationships and the guarantor of mutual support – is still held in high regard. However, as more and more people withdraw from traditional family life, older people are increasingly being left behind or abandoned. The grant will enable the Nicaraguan Red Cross to mobilize volunteers to help elderly Nicaraguans reach their potential, physically and mentally, and facilitate their involvement in their communities.

The Philippines are at constant risk from natural disasters. The grant will help the Philippine Red Cross to recruit, train and retain volunteers for its Red Cross 143 programme to strengthen the resilience of communities.

In Swaziland, unfavourable weather conditions, especially a prolonged drought, have increased the risk of food insecurity and water-borne diseases. The grant will support a Baphalali Swaziland Red Cross Society project to promote sanitary practices among 1,000 households in a drought-stricken region, and thus prevent outbreaks of disease.