Eradicating landmines: No time to lose 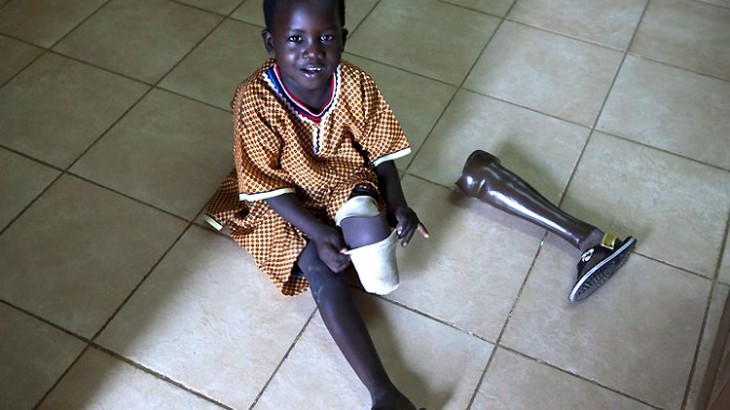 Third Review Conference of the Convention on the Prohibition of the Use, Stockpiling, Production and Transfer of Anti-Personnel Mines and on Their Destruction, Maputo, 23-27 June 2014. Statement by Christine Beerli, vice-president of the ICRC.

Fifteen years ago, at the First Meeting of States Parties of the Anti-Personnel Mine Ban Convention here in Maputo, the ICRC said, “[w]hile much remains to be done before Mozambique is free from the curse of these horrific weapons, coming here reminds us of both our accomplishments and of the daunting challenge of doing away once and for all with anti-personnel mines.”

Every new mine victim is a forceful reminder of the urgency of mine clearance and of our collective responsibility to remove these abhorrent weapons from the ground.

Today Mozambique, and the many other States Parties that have finished clearing their minefields or are very close to doing so, are showing the world that the “daunting challenge” of eradicating anti-personnel mines can be met through high-level political will, good planning and the necessary human, technical and financial resources, supported by the solid partnerships that have underpinned the success of this Convention.

In the Maputo Declaration today, States Parties have acknowledged the remarkable accomplishments in mine clearance, stockpile destruction and victim assistance since the Convention entered into force, but that “more needs to be done.” You have recognized the vital need to ensure that all States Parties fully comply with the Convention’s prohibitions, while continuing to promote universal observance of the Convention’s norms. These aims must be realized if the Convention’s promise of a world free from death, injury and suffering caused by anti-personnel mines is to be fulfilled.

Every new mine victim is a forceful reminder of the urgency of mine clearance and of our collective responsibility to remove these abhorrent weapons from the ground. The recent floods in Bosnia-Herzegovina and Serbia, which have led to the displacement of anti-personnel mines and explosive remnants of war, make it very clear that no time must be lost in setting about this task. The Maputo Action Plan sets out a roadmap for the identification and removal of anti-personnel mines as efficiently and effectively as possible and we urge you to follow it vigorously for the next five years.

The First Meeting of States Parties already recognized the need to integrate victim assistance into broader public health and socio-economic strategies, in order to ensure long-term and sustainable support for mine victims.  The 1999 Maputo Declaration also observed that “the plight of mine victims has revealed the inadequacy of assistance for victims in the countries most affected.” There has been real progress in a number of affected States since then with regard to victim assistance; however, the situation of far too many mine victims – survivors, families and communities – remains unsatisfactory. The ICRC continues to observe deficiencies in the availability and sustainability of necessary services, as well as in ensuring access to existing services. We welcome the commitment in the Maputo Action Plan to ensuring measurable improvements in the well-being of mine victims by the next Review Conference, but would like to draw your attention to the fact that meeting this commitment will require planning and action from this day forward.

The ICRC welcomes the new mechanisms agreed to, but notes that their success will be measured in terms of concrete results: cleared minefields, destroyed stockpiles, improved assistance for victims, success in ensuring respect for the Convention’s prohibitions and norms and effective international cooperation and assistance

Throughout this week, you have, quite properly, emphasized the need for enhanced international cooperation and assistance to realize the Convention’s objectives. Strong partnerships - including between States Parties, and with the ICRC, civil society and the United Nations – have been the hallmark of this Convention from the beginning and contributed to its success. The ICRC will continue to spare no effort to lessen the suffering caused by anti-personnel mines, but partnerships can work only if there is strong national ownership and a genuine and high-level commitment to finding solutions.

The efforts to fulfil the Convention’s promises since its adoption have been shaped by the vision and leadership of a number of States, whose unwavering commitment we salute. We take this opportunity to recognize the United States’ contribution as the most significant donor to mine action in the world today.  We call on the US to take the additional step of joining this Convention very soon,  to support its goals as a State Party.  We also call on all other States not yet party to the Convention to join it at the earliest opportunity and in the meantime, to renounce the use of anti-personnel mines in all circumstances

The innovative mechanisms that were established in 1999 to support the implementation of the Convention have proved useful for States Parties, international organizations and civil society for coordinating efforts to ensure that the Convention’s obligations are met. At this Third Review Conference you have reassessed those structures and adapted them to meet the challenges of the future.  The ICRC welcomes the new mechanisms agreed to this week, but notes that their success will be measured in terms of concrete results: cleared minefields, destroyed stockpiles, improved assistance for victims, success in ensuring respect for the Convention’s prohibitions and norms and effective international cooperation and assistance. In this connection, it seems only logical, as provided in the Maputo Action Plan, to maximize opportunities for creating synergies with other relevant instruments of international humanitarian law and human rights law, to ensure the best use of resources. The ICRC applauds this approach, which reflects the realities of mine action in the field.

In today’s Maputo Declaration, the States Parties renew their commitment to “stay focused and spare no efforts until the main object and purpose of the Convention are fully materialized.”  We wish you rapid success in your efforts to ensure that these commitments translate into tangible results.