Explosive weapons in populated areas: Technical considerations relevant to their use and effects 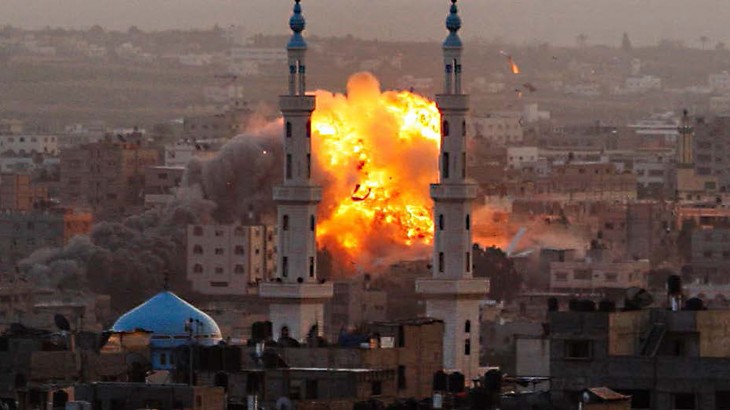 Too often, explosive weapons that have wide-area effects are used in populated areas, with devastating effects on civilians and civilian infrastructure. 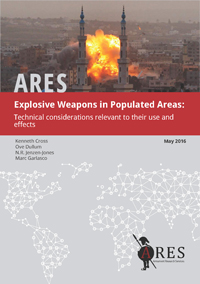 The report provides an overview of the types of explosive weapons that may be prone to wide-area effects, as well as the factors and variables that determine their effects.

The focus of the report is on conventional explosive weapons the use of which is not specifically prohibited or otherwise limited by international law (contrary to weapons such as landmines and cluster munitions, which do have specific restrictions imposed by international law). The weapon systems reviewed in this report are frequently encountered on contemporary battlefields, or else commonly held by States.

The report was commissioned from Armament Research Services (ARES) by the ICRC, as part of the ICRC's work to foster better understanding of the effects of explosive weapons when used in populated areas. The purpose of the report is to provide background information on the technical characteristics of explosive weapons and other factors relevant to their effects. It is meant to be a general reference document, and it reflects the analysis and views of the authors and not necessarily those of the ICRC.

Part 1 of the report examines the design and effects of explosive munitions. It also addresses concepts such as accuracy, fuzing, the targeting process, collateral damage estimations, battle damage assessments, and more.

Part 2 of the report provides generic information for the broad categories of weapon systems which deliver explosive payloads – mortars, rocket artillery, unguided aerial bombs, and other types. For each weapon category identified, Part 2 provides a description of the technical features relevant to the effects of the weapon. In particular, it includes, where available, estimated blast and fragmentation radius for munition types, estimated circular error probable figures, and other measureable effects.

Explosive weapons in populated areas: Technical considerations relevant to their use and effects