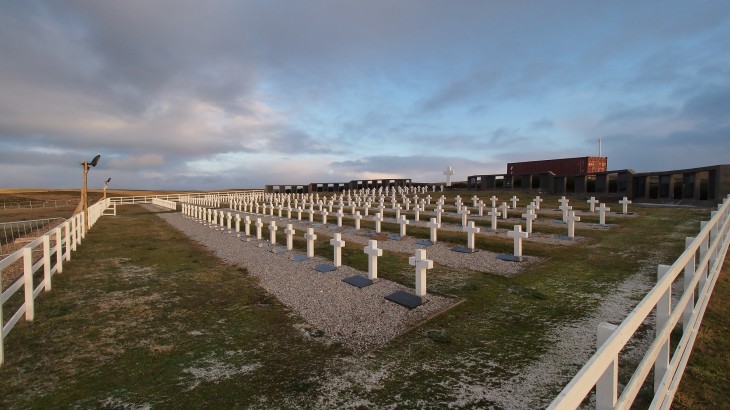 Geneva (ICRC)–"Families of those who have died in armed conflict are entitled to have their loved ones identified – this is a requirement under international humanitarian law," said Laurent Corbaz, head of the project for the ICRC. He was speaking as work began to identify the remains of Argentine soldiers buried in Darwin cemetery on the Falkland/Malvinas Islands.

The ICRC accepted this task based on its humanitarian mandate, the needs and interests of the families, and its extensive conflict-related forensics experience.

"The ICRC is committed to bringing as many answers as possible to families who want their loved ones identified, regardless of how much time has already passed," added Mr Corbaz.

The ICRC forensic team will treat the mortal remains with the utmost respect throughout this forensic operation. Any exhumed remains will be placed in new coffins and immediately reburied in the same location. At the end of the project, the cemetery will be restored to its original condition.

The ICRC has been making its final preparations for the forensic work since the beginning of the year. A temporary mortuary is being set up at the cemetery, where the remains will be analysed and samples collected for DNA testing in genetic laboratories in Argentina, Spain and the United Kingdom.

The governments of Argentina and the United Kingdom agreed to do everything possible to identify the mortal remains of the soldiers who died during the conflict in 1982, in line with their obligations under international humanitarian law. This agreement resulted in the signing of the Humanitarian Project Plan, which entrusts the ICRC with the task of identifying the soldiers' remains.

The designations employed in this statement do not imply official endorsement, nor the expression of any opinion whatsoever on the part of the ICRC concerning the legal status of any territory, or concerning the delimitation of its frontiers or boundaries. Whenever a disputed territory is given different names by the parties concerned, the ICRC uses those names together, in French alphabetical order.