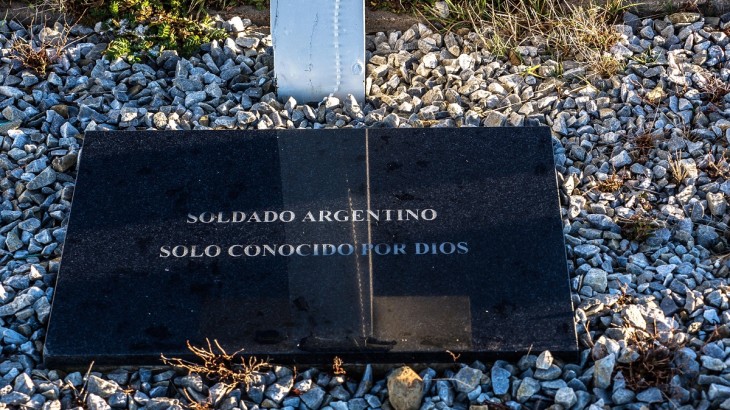 The work of the forensic team from the International Committee of the Red Cross (ICRC) to identify Argentine soldiers buried in Darwin cemetery is making good progress and proceeding as planned.

By 15 July 60 bodies had been exhumed, analysed, sampled, documented and reburied in their original graves. Each body was placed in a new coffin and reburied on the same day that it was exhumed, with full consideration for the dignity of the dead. The information provided so far by the families of the soldiers (i.e. ante-mortem data) who agreed to participate in this process is proving to be very useful in the forensic identification efforts.

The forensic operation in Darwin is expected to continue as planned until August. The first batch of samples arrived today at the forensic laboratory of the Argentine Forensic Anthropology Team (Equipo Argentino de Antropología Forense, EAAF) in Cordoba for genetic analysis. The results of the genetic testing should be available in the coming months and the identification reports will be finalized by the end of the year.

The forensic operation is being conducted in accordance with international scientific standards, following several months of preparation and the signing of an agreement between the governments of Argentina and the United Kingdom.

The photos from Darwin cemetery that have been appearing in some media in recent days were not taken or shared by the ICRC team, and were absolutely not authorized. The ICRC condemns their dissemination. Out of respect for the families, we call on people to refrain from sharing these images.

The designations employed in this interview do not imply official endorsement or the expression of any opinion whatsoever on the part of the ICRC concerning the legal status of any territory, or concerning the delimitation of its frontiers or boundaries. Whenever a disputed territory is given different names by the parties concerned, the ICRC uses those names together, in French alphabetical order.