Fifty years of occupation: Where do we go from here? 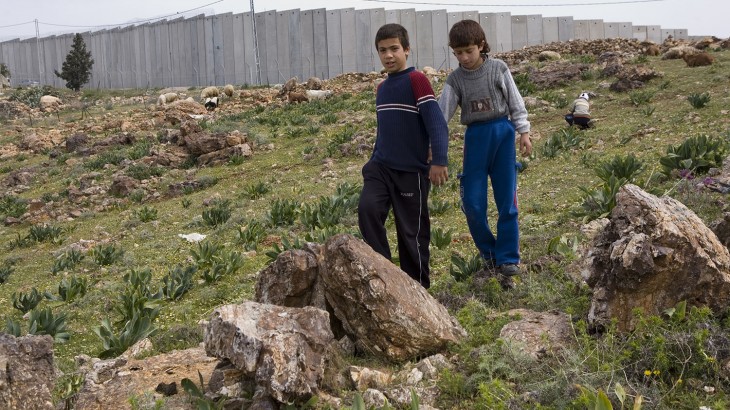 In the coming days, Palestinians will mark half a century of life under the world’s longest-sustained military occupation in modern history.

Over this period, the effects of the policies of occupation have exacerbated the humanitarian problems facing millions of Palestinians in every aspect of their lives and denying them hope. At the same time, the impact on Israelis affected by continuing insecurity has taken its toll.

The critical issue now is to consider, what steps are needed to restore and improve the living conditions of affected populations with a view to ensuring respect for their basic rights and offering the prospect of a durable and sustainable political solution to the conflict. This requires not only responding to the symptoms, but also to the underlying causes of the conflict.

In the view of the ICRC, one of the keys to a solution lies in the recognition and application of IHL throughout the occupied Palestinian territory, over which Israel exercises actual authority – first and foremost the Hague Regulations and the Fourth Geneva Convention, which provides a critical framework to ensure respect for the life and dignity of people living under occupation.

Given the unique and universal character of international humanitarian law (IHL), respecting and ensuring respect for its rules constitutes a legal obligation for all parties to conflicts, without exception. Israel’s sovereign right to safeguard its legitimate security interests must therefore be balanced with its core legal obligation to positively administer the territories it occupies, and to meet the specific needs of the Palestinian population.

The establishment and expansion of settlements over many years as well as the routing of the West Bank barrier – in contravention of IHL - has in effect profoundly altered the social, demographic and economic landscape of the West Bank to the detriment of the Palestinian population, hindering the territory’s development as a viable nation and undermining future prospects for reconciliation.

While each of these policies have distinct and complex humanitarian consequences, the main common feature is the steady loss of Palestinian land.

In the Gaza Strip, where Israel retains effective control, the occupation is felt more through the effects of closure, with tight control over land and sea borders severely limiting movement and access, and curtailing the socio-economic development of the area.

For the past 50 years, the ICRC has endeavoured to fulfil its humanitarian mission in Israel and the occupied Palestinian territory, assisting and protecting not only populations living under occupation, but affected people on both sides of the conflict, with the sole aim of upholding human dignity and limiting suffering.

It has frequently pressed – and again calls upon – all parties concerned to fulfil their obligations and ensure respect for IHL, while seeking practical ways to improve the life, health and dignity of those affected.

The ICRC remains fully committed to maintaining a sincere and effective dialogue with all sides – primarily bilateral and confidential – aimed at bringing policies and practices in line with the basic provisions of IHL and thereby alleviating the suffering of all those affected. We ask both sides, along with the international community, to engage in serious efforts for peace.