Nuclear weapons: For the first time in 72 years, we have genuine hope 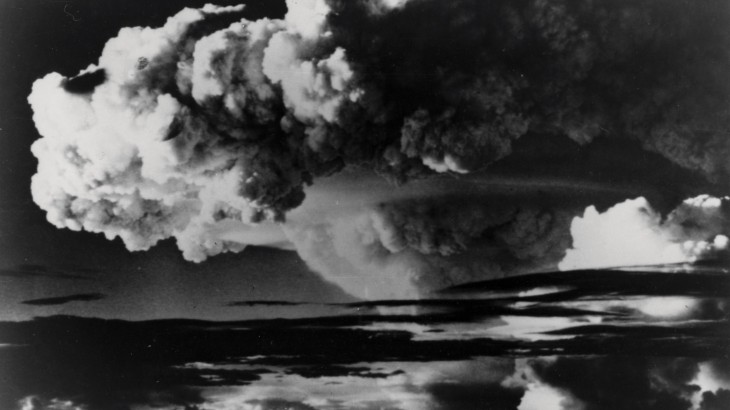 Seventy-two years ago this week the cities of Hiroshima and Nagasaki were obliterated and tens of thousands of their inhabitants incinerated by two small atomic bombs.

In the face of such devastation, humanitarian assistance was nearly impossible, and entirely inadequate. It would be the same if nuclear weapons were to be used today. There is no international capacity to respond adequately to such events.

On 6 and 9 August 2017, people in Japan and elsewhere around the world, will stand in silent remembrance of the horror of nuclear weapons. But this year we remember the victims of Hiroshima and Nagasaki in a new context. On 7 July, 122 States adopted the Treaty on the Prohibition of Nuclear Weapons. The Treaty confirms that a clear majority of States unequivocally rejects nuclear weapons on moral, humanitarian, and now legal grounds.

For the first time in 72 years, we have genuine hope.

The International Red Cross and Red Crescent Movement first called for the elimination of nuclear weapons in September 1945. We welcome this Treaty as a long-awaited and historic step towards this goal. The Treaty recognizes the catastrophic humanitarian consequences of using nuclear weapons and comprehensively prohibits these weapons on the basis of international humanitarian law. It also contains strong commitments to assist the victims, although it comes far too late for many of those whom we remember today.

With each passing year it has become clearer that the effects of nuclear weapons cannot be contained in space and time. Cancers continue to emerge decades after exposure. The pain and suffering of survivors of Hiroshima and Nagasaki has persisted for seven decades. And people whose parents were exposed to radiation live in daily fear of the risks to their own health. The emotional toll is profound.

Even a limited use of nuclear weapons could dramatically reduce food production and induce a global famine. We also know that the risk of nuclear weapon use, by accident, miscalculation or design, is growing with increasing international tensions. All States and societies have a stake in ensuring that nuclear weapons are never used again, and that they are completely eliminated.

For these reasons, we appeal to all States to sign the Treaty on the Prohibition of Nuclear Weapons at the United Nations in New York on 20 September. The Treaty can and must evoke a profound reflection, and a determined response, by all States. For those that may feel unable to sign the Treaty at this time, in particular nuclear armed States and their allies, the new momentum created by the Treaty must spur them to live up to their promise to create the conditions for a world without nuclear weapons. As a first step, they should fulfil their long-standing commitments to reduce nuclear risks, through measures such as taking nuclear weapons off "hair trigger" alert and diminishing their role in military policies and planning.

Of course, the Treaty will not cause nuclear weapons to disappear overnight. But it will reinforce the stigma against nuclear weapons, in a way that happened with past treaties prohibiting chemical and biological weapons. It delegitimizes their role in the world today and it will act as a strong disincentive for their proliferation. We believe that all States should see this agreement for what it is: an historic opportunity to bring the era of nuclear weapons to an end and a means to help prevent a humanitarian catastrophe that would dwarf any crisis seen in our shared history.

Today, as the world remembers the suffering that nuclear weapons have caused in the past, we call upon all States and leaders of public opinion to embrace the Treaty on the Prohibition of Nuclear Weapons, and the hope that it represents for the future. In doing so, we will be putting humanity first.