Focus on the humanitarian crisis in the Sahel 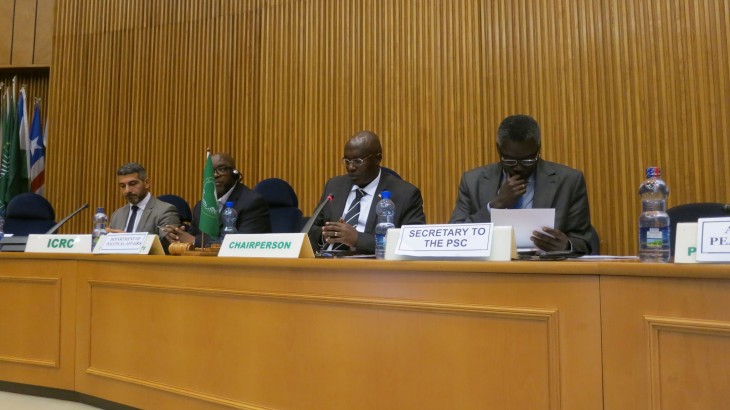 The International Committee of the Red Cross (ICRC) briefed the African Union (AU) Peace and Security Council (PSC) on the humanitarian situation in the Sahel region, with particular focus on Mali and Niger and the ICRC activities in the region aimed at addressing the situation, on 5 October 2017.

The ICRC deputy director for Northern and Western Africa, Patrick Youssef, called on states to put the humanitarian situation in Sahel at the forefront of their concerns. He further stressed that while emergency response remains essential, the re-enforcement of community resilience is much more efficient and lasting solution in the long term.

Following his briefing, the AU Peace and Security Council, expressed deep concern over the prevailing dire humanitarian situation in the Sahel region, which is being exacerbated, among others, by the ongoing conflict in northern Mali that is spilling over to the central part of the country.

The AU PSC underscored the urgent need for sensitizing and mobilizing the affected communities. In this regard, Council commended ICRC for deploying efforts aimed at responding to the immediate humanitarian needs of the affected population, including by implementing resilience building programmes, visiting prisons, restoring family links between those who have been separated by the ongoing conflict and by strengthening the capacities of the national Red Cross societies in both Mali and Niger.

Council further underscored the urgent need for all Member States, and members of the international community, in a position to do so, to help the affected countries in addressing the prevailing humanitarian situation. In the same context, Council stressed the importance of ensuring coordination of efforts between international humanitarian aid agencies and national authorities.