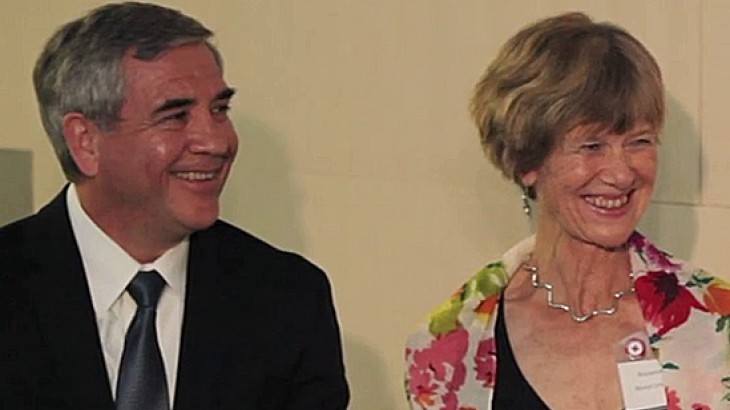 This weekend marks the 22nd anniversary of the "Battle of Mogadishu," during which an American special operations team was sent into the Somali capital on 3 October 1993 to arrest two top lieutenants of Mohamed Farrah Aidid – the man who was controlling the city at the time.

It was supposed to be a quick raid, but it ended in two days of bloodshed and the loss of many lives, including 18 American soldiers and more than 1,000 Somalis.

It also resulted in the capture of a US military pilot, Mike Durant, who was held by armed men for 11 days after his "Black Hawk" helicopter was shot down during the battle – an incident that would later be recounted in articles and a book by journalist Mark Bowden and a block-buster film by director Ridley Scott.

Ultimately, the Battle of Mogadishu would wind up influencing US policy towards Somalia and foreign intervention for years to come.

In November 2014, the ICRC's delegation in Washington DC tracked Mr Durant down and invited him to record a conversation about those fateful days as part of the delegation's storytelling initiative with StoryCorps, the world's largest oral history project.

During his StoryCorps conversation, Mr Durant recounts the harrowing moments he experienced in Mogadishu – from the intense pain inflicted by his severe injuries to the uncertainty he felt in captivity.

He also describes the moment, a few days into his ordeal, when a woman walked through the door, bringing with her a sense of hope. That woman turned out to be Suzanne Hofstetter, an ICRC delegate from Switzerland, who was on assignment in Mogadishu and who risked her own life to visit him in captivity.

After hearing Mr Durant talk about the ICRC delegate and the importance of her visit to see him, the delegation in Washington tracked her down, too. (She retired a few years ago and is now living on a farm outside the Swiss city of Geneva.)

As part of the delegation's celebrations to mark World Red Cross Red Crescent Day on 8 May, they invited both Mr Durant and Ms Hofstetter to Washington, where they were reunited for the first time since 1995.
During this filmed Q&A, moderated by American journalist and author Kimberly Dozier, the two take turns recalling their encounter in Mogadishu 22 years ago.

It's a reunion full of appreciation, respect, affection, and, surprisingly, a healthy dose of humor. For those who think they know the story of "Black Hawk Down," this video goes beyond the bloodshed to reveal the humanity that can sometimes be found in war.

Twenty years on, the ICRC is still working in Somalia.