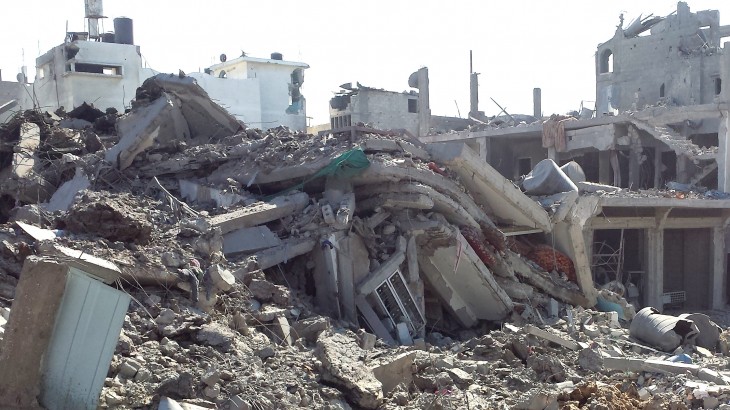 Joint statement, Geneva/Gaza. The International Red Cross and Red Crescent Movement is calling for an urgent response to the pressing humanitarian needs in the Gaza Strip.

During a three-day meeting in Gaza City, hosted by the Palestine Red Crescent Society, representatives from the International Red Cross and Red Crescent Movement emphasized the importance of ensuring that people have access to crucial support as the first step towards a sustained recovery.

Protecting people’s dignity is a priority for the Red Cross and Red Crescent, and attention must be given to the tremendous needs within communities and families. We reaffirm our commitment to supporting the recovery and resilience of those affected by the conflict.

“The destruction in the Gaza Strip is not limited to civilian objects and infrastructure,” said the President of Palestine Red Crescent Society, Dr Younis Al Khatib. “It has also had a significant impact on the health and livelihoods of Gaza’s citizens.

“Our actions go beyond the immediate response; they also embody our Fundamental Principles and those of International Humanitarian Law.”

Public infrastructure, medical and health facilities, and schools have sustained severe damage or been destroyed. An estimated 108,000 people will not be able to return to their homes. Thousands of people have died and those who survived are living through hardship and anguish every day, often without food, water and other basic necessities. We are also concerned about the long-term psychosocial effects of the conflict, especially on children.

“Now is the time to harness the power of the Red Cross Red Crescent Movement," said Robert Mardini, ICRC’s head of operations for the Middle East. "We are committed to doing whatever it takes during the weeks, months and years ahead to help the people affected by this conflict to recover.”

According to Vice President of the IFRC, Francesco Rocca, the people in Gaza need hope. They need to see concrete actions taken towards improving their lives now and the lives of their children in the future. “We need the international community to mobilize and help the people in this strip of land to recover and reshape their future. This goal is only possible with long-lasting peace," he said.

The International Red Cross and Red Crescent Movement urges the international community to come together to support the immediate needs and long-term recovery of those affected by violence in Gaza.