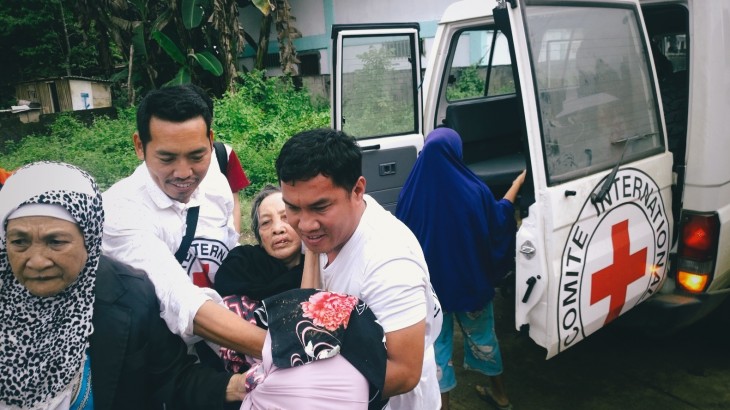 The Geneva Conventions are 70 years old. On this anniversary, it is essential to highlight today the success achieved over the decades thanks to these fundamental texts.

These four Conventions are among the very few international treaties that have been universally ratified, not least because they reflect - more than just law - universal values of ethical behavior during war time. They contain a set of rules which seek, for humanitarian reasons, to limit the effects of armed conflict, protecting persons who are not or no longer participating in hostilities and restricting the means and methods of warfare. In addition, since 1949, they have supported the work of humanitarian organizations, including the International Committee of the Red Cross (ICRC). In many countries torn apart by war they have often preserved humanity in the midst of horror.

In the aftermath of the Second World War the international community felt the urgency to adopt new rules to extend international humanitarian law’s (IHL) protective character to civilians. This task of reworking the existing treaties, advanced by the Red Cross Movement in the 1930s, culminated on August 12, 1949: many states convened in Geneva to adopt 429 articles, written largely by the lawyers of the ICRC. Even today, the Geneva Conventions represent one of the greatest achievements of inter-State cooperation.

By adopting the Geneva Conventions in 1949, even before the wars of decolonization and the proliferation of civil wars, states had provided that a minimum set of rules remained applicable in these conflicts as well. Nevertheless, it was necessary to refine and reinforce the rules for the protection of victims of non-international armed conflict and conduct of hostilities. This was done with the adoption of the two Additional Protocols of 1977.

It is up to all states to "respect and ensure respect" for IHL acts and treaties "in all circumstances." The strength of multilateralism that was at work in 1949 should inspire current leaders towards similar actions in the future. The Philippines have ratified the Geneva Conventions and their Additional Protocols. The Philippines also passed three domestic IHL legislations: Republic Act 9851 or the Philippine Act against IHL, Genocide, and Crimes against Humanity; Republic Act 10530 or the Emblem Law; and the recent Republic Act 11188 or the Special Protection of Children in Situations of Armed Conflict Act.

IHL as a whole establishes realistic rules, striking the right balance between military necessity and humanitarian considerations. If belligerents continue their operations, they must avoid civilian casualties as much as possible; therefore, it is absolutely forbidden to target civilians intentionally. Specific red lines are drawn: killing a fighter who surrenders, bombing a hospital, torturing or denying care to wounded or sick people are all unacceptable violations of the law.

At a time of increasing polarization, this body of law remains more necessary than ever. Because after the war, all will have to live together again, and enemies who have shown one another respect will inevitably have less resentment towards each other. We are betting on humanity against horror.

Some speak out against the Conventions, denouncing the gap between their noble promises and the reality on the ground. Syria, Libya, Ukraine, Central African Republic, South Sudan ... it is impossible to count the violations and quantify the suffering. However, should we simply ignore the highway code because there are too many deaths and injuries at the wheel?

Others even suggest that IHL should no longer apply because it is impossible to avoid violations. We answer very clearly: when a commander suspends a military operation because collateral civilian casualties are considered too important, it is a success of IHL. When ICRC delegates manage to rescue starving prisoners, or when a hospital continues to operate on a front line, it is a success story of IHL. All these victories do not necessarily make the front page of newspapers. But they exist and reinforce our determination to work for a more humane world. Great challenges await us: the increasing fragmentation of armed groups, or the arrival of autonomous weapons and artificial intelligence on the battlefield are just two factors of an equation with multiple unknowns. One thing is certain: though conflicts may evolve; the essential principles remain.

The ICRC’s mandate to protect and alleviate suffering in wartime is firmly grounded in the Geneva Conventions of 1949, and the implementation of these texts at the domestic level is at the core of the ICRC’s work as the guardian of international humanitarian law.