Georgia/South Ossetia: Find those who went missing during conflicts 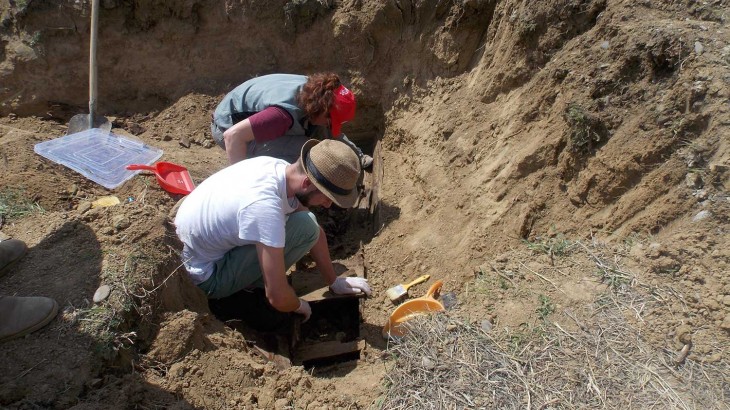 Geneva (ICRC) – The 12th meeting of the coordination mechanism seeking to account for people who went missing in connection with the conflicts of the 1990s and August 2008 and their aftermath took place today in Ergneti. The meeting was chaired by the International Committee of the Red Cross (ICRC) in its capacity as a neutral intermediary.

Georgian, South Ossetian and Russian participants met to discuss the progress they had made in clarifying the fate and whereabouts of173 missing people since the last meeting in April 2017.

Discussions included an update on the exhumations carried out in summer 2017, assessments of possible gravesites, which will require further investigation, and all the information – crucial to the identification process – collected by the ICRC from family members of missing people, such as reference samples.

The participants concluded the meeting by discussing practical steps to locate other potential burial places in 2018 and collect additional information about the missing people – both areas critical to the process.

“The ICRC welcomes the participants’ commitment to the process. Its complexity requires all those involved to keep up the hard work and keep working together,” said the ICRC’s Séverine Chappaz. “We must spare no effort to bring closure to those families who live with the anguish of not knowing what happened to their missing relatives.”

Under international humanitarian law, families have the right to know what happened to their missing loved ones. The coordination mechanism to clarify the fate of people unaccounted for since the conflicts of the 1990s and August 2008 and their aftermath was established in 2010 under the auspices of the ICRC. The ICRC provides support to the mechanism, including technical expertise, in its capacity as a neutral humanitarian organization. In 2017, a five year strategy has been elaborated to accelerate the process of search for missing persons.