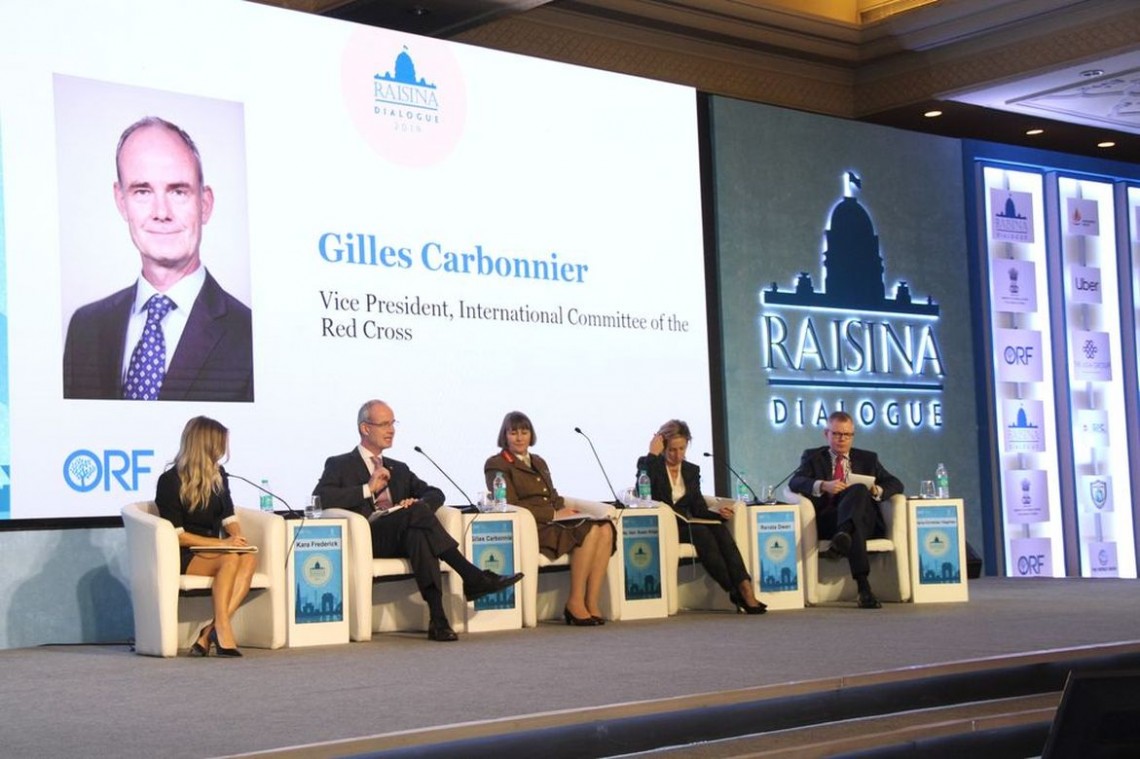 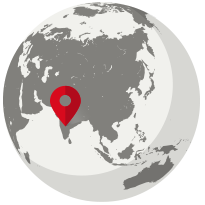 The last time Gilles Carbonnier was in India, it was 1986 and he was a backpacker. Incidentally, he witnessed the Kumbh Mela, a mass Hindu pilgrimage which happens every 12 years, back then. He returned to India on 7 January 2019 as the country was once again getting ready for the Kumbh Mela. This time, however, Carbonnier returned as the vice president of the International Committee of the Red Cross (ICRC).

His visit coincided with the fourth Raisina Dialogue, an annual track II event organized by the Observer Research Foundation (ORF) and the Ministry of External Affairs (MEA), India. At the Raisina Dialogue, Carbonnier participated in a panel discussion on 'Accountable Autonomy: When Machines Kill' along with Kara Frederick from the Centre for New American Security; Renata Dwan, director, UN Institute for Disarmament Research and Major General Susan Ridge, Ministry of Defence, UK. The discussion was moderated by Hans-Christian Hagman, Ministry for Foreign Affairs, Sweden.

During the discussions, the vice president highlighted the urgent need to adopt a human-centred approach to Lethal Autonomous Weapons Systems (LAWS) and AI-powered military applications. Batting for "meaningful human control" in weapons development, the panellists provided for an hour long encouraging dialogue on International Humanitarian Law (IHL), specifically, Article 36 of the first Additional Protocol to the Geneva Conventions, as a crowd of over a thousand people listened. Illustrating the ICRC's humanitarian concerns as a frontline organization, Carbonnier asked how AI-regulated weaponry would differentiate between weapon bearers and civilians in places where everyone walks around with guns, if only machines are left to take decisions at the deployment stage.

Carbonnier delivered the keynote address at the Asian-African Legal Consultative Organisation (AALCO) on 'Humanitarianism and South-South Cooperation'. He spoke of the diversification of donors and of humanitarian response and how "non-traditional" donors are putting forward their vision, experiences, skills and agendas challenging the traditional hold of western states. He asserted that the onus is on aid providers like the ICRC and the Red Cross and Red Crescent (RCRC) Movement to prove their relevance and effectiveness. His address was followed by a joint AALCO-ICRC seminar on 'Autonomous Weapon Systems, Artificial Intelligence and Armed Conflict' which saw the participation of Knut Doermann, head of the legal division at the ICRC.

While in India, he also spoke at a breakfast seminar organized by the Research and Information Systems for Developing Countries (RIS) on 'Development Models and Humanitarian Issues'. The seminar was chaired by Dr Yasmin Ali Haque, representative, UNICEF India. Carbonnier explained the ICRC's views on the humanitarian-development-peace nexus and its linkages to the achievement of Sustainable Development Goals (SDGs). He said that due to the link between humanitarian action, development and peace, there is pressure on actors to carry out all three kinds of activities to show their contribution, which, in his opinion, is unnecessary. To avoid these shortcomings, he highlighted three measures: inclusion of vulnerable groups and local actors; building shock-resistant systems with innovative partnerships; and safeguarding spaces for neutral, impartial, independent, humanitarian action (NIIHA) within the nexus.

The final engagement for the week was the launch of the 'Humanitarian Policy and Technology Platform', a joint initiative by the ICRC and the Indian Institute of Technology Delhi (IITD). Delivering the opening speech, Carbonnier said that the policy responses, ideas and solutions generated by this platform will help to improve the way in which humanitarian actors address needs of those affected and limit or prevent such needs from arising in the first place. Speaking alongside the ICRC vice president was Sanjay Mitra, secretary, Ministry of Defence, India. Quoting India's long tradition of providing humanitarian assistance to its neighbours, he hoped that the platform would generate research into AWS and AI systems for humanitarian purposes. He said that in the absence of a universally agreed upon definition of AWS, the ICRC's definition stands comprehensive.

Carbonnier's interactions with members of the humanitarian and development community, the legal fraternity, bureaucrats and academicians during the week repeatedly underscored the relevance of International Humanitarian Law (IHL) in this part of the world.

ICRC vice president Gilles Carbonnier interacts with the audience on the topic of 'Humanitarian-Development-Peace Nexus' at a breakfast event organized by Research and Information Systems For Developing Countries (RIS) held on 9 January 2019 at the India Habitat Centre, Delhi. ICRC/A Bhatia

ICRC vice president Gilles Carbonnier speaks at the launch of the IIT-ICRC Humanitarian Policy and Technology Platform on 11 January 2019 in New Delhi. ICRC