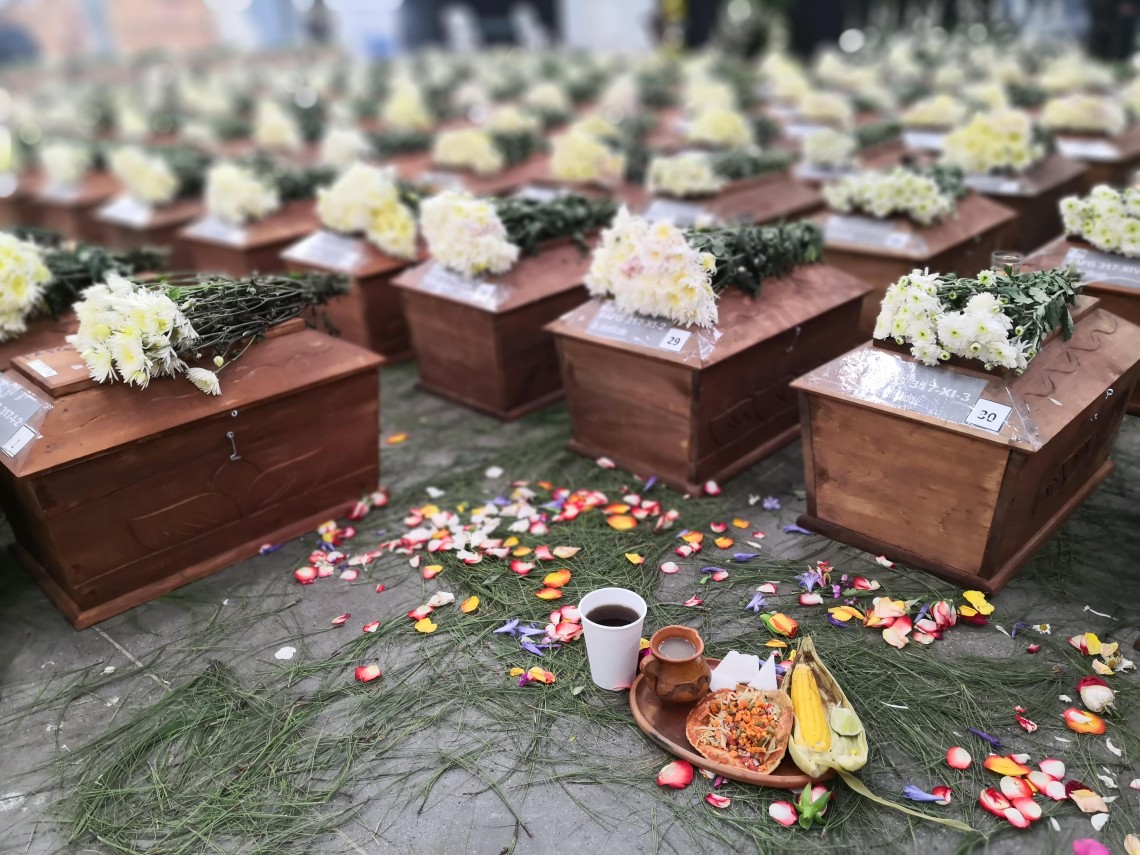 Guatemala: A year ago 172 victims of the armed conflict received dignified burial in Comalapa

On June 20, 2018, 127 unidentified remains were returned to the community, who were then able, at long last, to offer them a wake and a dignified burial.
Video 21 June 2019 Guatemala Mexico

The Coordinator of Widows of Guatemala (CONAVIGUA) was instrumental in obtaining the exhumation of 220 victims' remains in Comalapa between 2003 and 2005. - The Forensic Anthropology Foundation of Guatemala (FAFG) identified 48 of the bodies and returned them to their families.

The ICRC reaffirms its commitment to the families of the victims of Comalapa and to the thousands of families who still hope to find their loved ones. The armed conflict in Guatemala (1960-1996) resulted in around 45,000 disappeared persons. This is the highest figure in Latin America when the population density of that period is taken into account.