Haiti: Haitians trapped by violence, cholera, and lack of food

Port-au-Prince (ICRC) – Amid increased high-levels of armed violence in Haiti that is exacerbating the health system’s ability to respond to an outbreak of cholera, the International Committee of the Red Cross (ICRC) is working to support the authorities in dealing with and containing the spread of cholera cases in 18 places of detention.
News release 13 December 2022 Haiti 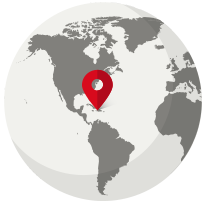 The living conditions for millions of Haitians are deteriorating due to increased violence across the country, rising insecurity and difficult access to essential services.

The ICRC, which recently reinforced the operational capacity of its mission in Haiti, is working with partners to promote hygiene for detainees and to improve healthcare for those infected with cholera. The ICRC is also training community health responders, including from the Haitian Red Cross (HRC), which operates an ambulance service, on the basics of water testing and treatment.

“People in Haiti are in a very precarious situation, caught between the high levels of armed violence and the increased threat posed not only by cholera but also from a health system unable to help everyone in need,” said Sophie Orr, the ICRC’s regional director for the Americas.

Humanitarian access is of vital importance during such a period of increased violence. The ICRC communicates with all, including armed groups, to enable access to the most vulnerable people and to allow timely and effective humanitarian responses.

“Alongside other organizations, the Red Cross family is expanding its work to assist at this critical moment. But it is imperative that health facilities, ambulances and personnel are respected and allowed to do their work to alleviate human suffering,” Ms Orr said.

The ICRC, in collaboration with its Red Cross Movement partners and other local actors, is:

Upcoming assistance activities include more medical donations (i.e. material to six hospitals), the provision of trucked water to health services, and donations of chlorine/soap/oral rehydration salts to those in need in vulnerable areas such as Cité-Soleil.

The ICRC calls for all to respect medical personnel, vehicles, and health services, including the volunteers and ambulances of the HRC. The ICRC also calls on national authorities to enable and empower the nation’s medical system to fulfill its duties, and for the international community to support Haiti’s health care system.