Health care under threat in Colombia 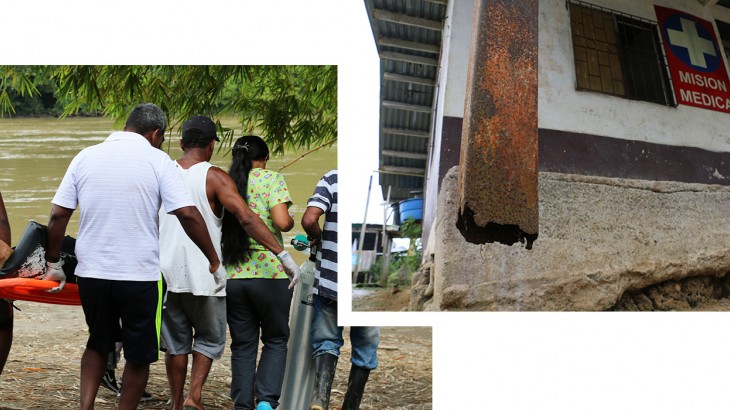 In conflict zones, for a wounded or sick person, life is torn between the lack of access to adequate health services and the presence of armed actors. Isabel Ortigosa and Laura Aguilera / ICRC

In 2020, the peace agreement signed between the Colombian government and the FARC-EP (Revolutionary Armed Forces of Colombia – People's Army) will be four years old. This historic event represented a huge step forward for the country, but also poses additional challenges for the parties and civil society as a whole.

The institutional response to victims has indisputably been strengthened, and communities have bolstered their capacity to protect themselves and defend their rights.

However, any progress made is jeopardized each time the capacity to do something as essential as saving lives comes under attack. In 2019, our teams recorded 218 cases of aggression against health workers and facilities, some of them entailing grave breaches of IHL. 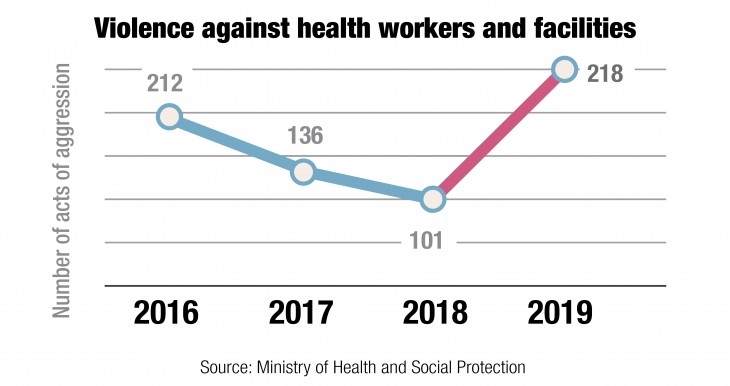 Many areas of the country that require greater support have not yet reaped the benefits of the signed agreement. The State's presence there is still too fragile to guarantee the health, education and other basic services necessary to ensure decent living conditions.

We also note with concern that the precarious humanitarian situation in these regions only foments the violence and strengthens the illicit economies that sustain it, such as drug-trafficking and illegal mining.

Seeking or providing medical care has become an act of courage in departments such as North Santander and Valle del Cauca. Firstly, health facilities are few and far between and in poor condition, in the very areas most affected by the conflict and armed violence. Secondly, threats and dangerous security conditions often prevent staff from carrying out their work.

We cannot even start to calculate the number of preventable diseases, medical complications and deaths that could have been avoided if a health worker had not been forced to flee or a health care centre not had to close its doors for lack of resources.