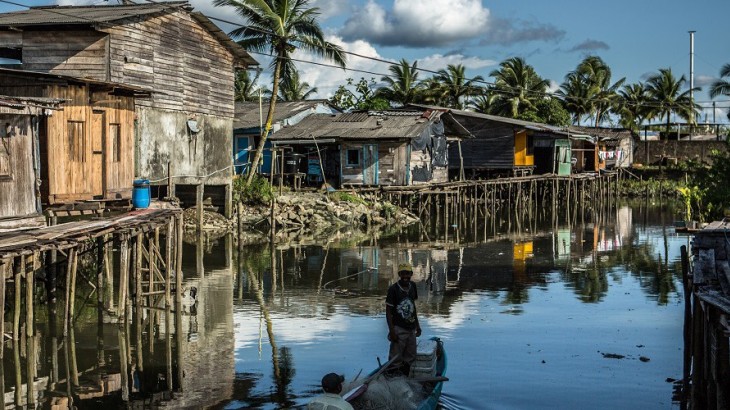 Over 230,000 people benefited from the work of the ICRC during 2014. This reflects our commitment to getting alongside the victims of violence and conflict. And our work brings concrete results such as a job, a productive project, access to water or psycho-social support. 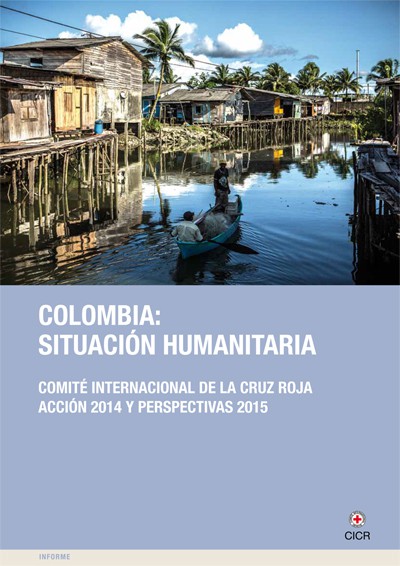 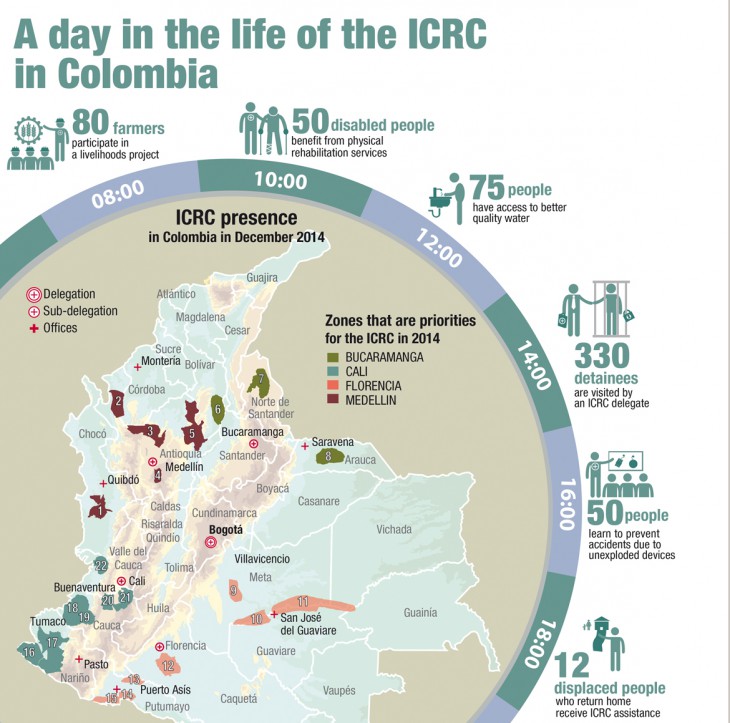 Colombia, beyond the peace process

By Christoph Harnisch, Head of the ICRC Delegation in Colombia

With the question of when peace will come now behind it, Colombia is looking beyond the peace process, with hope and expectation, to what the future may have in store. Uncertainty about whether the war will end – and when – has given way to the urgency of envisaging the post-conflict Colombia, giving it form, shape and meaning.

This milestone, the long-awaited signing of a peace agreement, is therefore really a starting point. It is an opportunity to build a society in which people can once again live together in peace, after five decades of war. It is, however, also a path that will be forged with a multiplicity of meanings.

For the families of the one hundred thousand or so people who have disappeared in the country, there will be no peace until they receive an answer to the question that has marked their lives: "Where is my loved one?" For those who live in areas contaminated by explosive devices, peace will only come when they can farm their land, go to school or simply take a walk without fear of losing a limb or even their life. For children who have been separated from their loved ones as a result of the armed conflict, peace will not come until they can hold them close again and carry on with their lives.

For more than four decades, the International Committee of the Red Cross (ICRC) has been at the side of the victims of the conflict and armed violence in Colombia. Today, more than ever, it is firm in its commitment to continue accompanying the country on its journey and to bring humanitarian meaning to the Colombia that emerges from the peace process.

A number of humanitarian issues that concern the ICRC will remain outstanding after the peace agreement has been signed. The missing, weapon contamination and the separation of children from their families are just some of them. It is important to remember, too, that international humanitarian law (IHL) will still apply after the war is over, regulating aspects such as the detention of people deprived of the liberty as a result of the conflict and the obligation of the parties to establish the facts in missing persons cases.

The ICRC looks forward, with cautious optimism, to the new reality that the peace talks between the Colombian Government and the FARC-EP (Revolutionary Armed Forces of Colombia – People's Army) in Havana (Cuba) could bring to Colombia and the lives of millions of women and men who have only known Colombia in the grip of conflict. We appreciate the trust that the parties have placed in our organization and hope that our humanitarian efforts will continue to contribute to strengthening this important process.

Alleviating the suffering that the conflict has caused among the civilian population for decades must be a priority in the peace talks. Establishing humanitarian agreements between the parties as soon as possible would be an effective way of achieving this.

With a view to improving living conditions for the Colombian people, the ICRC hopes that a dialogue can soon be consolidated between the Colombian Government and the National Liberation Army (ELN). To this end, the ICRC reaffirms its commitment as a neutral intermediary and its constant availability to carry out its humanitarian work.

A necessary part of shaping peace is providing answers not only to the victims of the conflict but also to those who are still suffering the violence of armed gangs. Sadly, the end of the conflict is unlikely to mean the end of this form of violence. While the country is envisaging life after the restoration of peace, a large part of the population is still being terrorized by gang violence day after day, with continuing tragic consequences. The ICRC's commitment remains firm: to continue protecting and assisting these victims, as we have been doing in recent years.

A daring glimpse through the window to the future, to what lies beyond the peace process, will reveal that there is still a long way to go. For the ICRC, shaping that new Colombia means being at the side of those whose lives have been ruined by half a century of armed conflict. In giving meaning to a post-conflict Colombia, it is important to recall the relevance and continued applicability of international humanitarian law and ensure respect for the protection of people.

The task ahead is far from easy, but this is a unique opportunity and a historical crossroads. In envisaging Colombia beyond the peace process, the ICRC undertakes to be, before and after the signing of the peace agreement, on the side of those who are still suffering. That is our continuing commitment.

The Education Brigades, an alternative to violence