Over 700,000 internally displaced people have fled the upsurge of violence in the northern province of Cabo Delgado since last year. This has contributed to services including medical care being overwhelmed.

ICRC has so far rehabilitated three primary health centres in Pemba City with an improved water supply and sanitation systems. The centres have benefited 75,000 community members, including internally displaced people who have arrived recently. 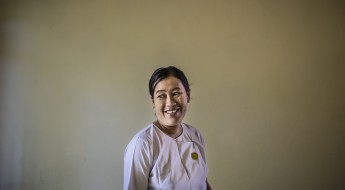 Health care in rural Rakhine, Myanmar: Through a lens of coexistence (11)