Humanitarian vocation: My experience with volunteers from the Nicaraguan Red Cross 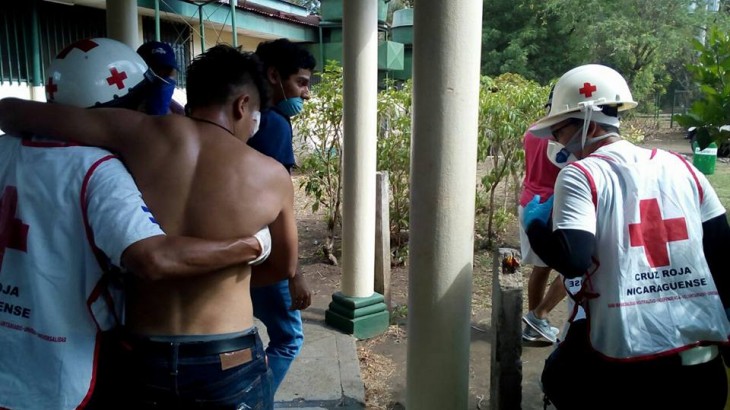 "We have survived all kinds of things - hurricanes, emergencies and disasters - but we had never experienced anything like this. We weren't prepared for it." Testimony of a volunteer from the Nicaraguan Red Cross.

I arrive in Managua for the first time and breathe in the fresh, warm air. On the way to the hotel, the taxi driver tells me about how beautiful his country was before the unrest began. "Our city was the safest in Latin America," he recalls. The journey is long, the landscape green and very colourful, but not many people are out on the street.

I tell him that I work for the ICRC and that I am visiting to support the Nicaraguan Red Cross. A prolonged silence follows, which I break by asking: "What is your perception of the work the Red Cross is doing?" He tells me he respects it, but he doesn't understand why they help the mobs. They are "bad people." I can't help responding with the following question: "Is it easy to be neutral in a polarised country?" The taxi driver tells me about his experience of the protests, the extension of barricades and the climate of insecurity during the riots. Upon arrival at the hotel he stresses: "After 6pm, I don't go out."

On this first mission to Nicaragua I got to know the voluntary staff of the Emergency Operations Centre of the Nicaraguan Red Cross - a diverse, spirited group, the majority of whom are young people. During my first few days in the country I spoke with each of one them. I listened to testimonies laden with frustration, fear and uncertainty because of what they had experienced during their first 40 days of operations. All the volunteers have something in common: they do not give up and they want to do more for the people. They work relentlessly, are tired and, as a result of being called into question by society through social media, have been explaining that their humanitarian work is intertwined with the principles of impartiality and neutrality. 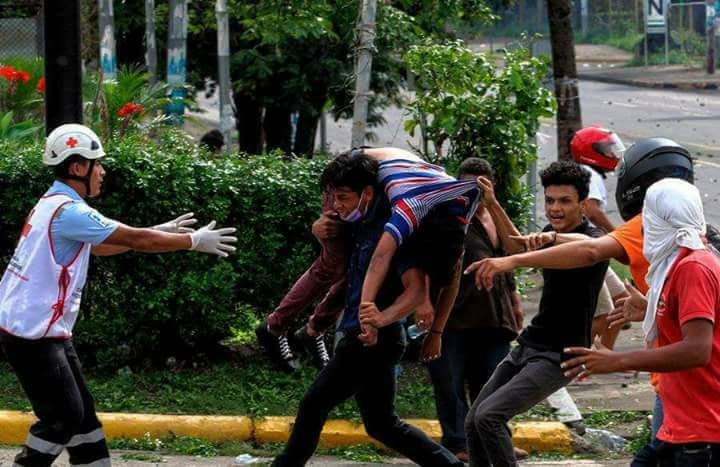 Many people, myself included before I worked at the ICRC, are unaware of what the principles of humanity, impartiality, neutrality, independence, volunteering, unity and universality consist of. They are the corner stone of the largest humanitarian network in the world. Now more than ever we must reflect upon why it is so important for people everywhere in the world to understand these principles, or we must simply try to make it understood that the core task of the Red Cross is to help everyone, regardless of what group they belong to.

These principles are the result of over a century and a half of humanitarian work in the most hostile situations the world has known. They infuse the Movement with meaning and reflect the highest ideals of humanity in order to provide essential aid to the most vulnerable people, when they most need it, in any situation of violence.

However, dealing with hostile or complex situations is not easy for any of the Red Cross volunteers. Every day they have to face the ethical dilemma of how a person can be a volunteer, helping others, when their own family and neighbours are accusing them of helping the "enemy."

It is thanks to these principles, which are more practical than theoretical in their outworking, that the Nicaraguan Red Cross is one of the few organisations that has won the trust of millions of people during the country´s current complex crisis. Through the provision of emergency health services, the Red Cross has become the main supplier of pre-hospital assistance and ambulance transfers in Nicaragua. This has been made possible thanks to the dedication of its volunteers, most of whom are young people who have left everything behind, knowing how difficult it is to provide humanitarian assistance in a country immersed in riots and violence.

This experience has made me think about how important it is to put a face to those who carry out humanitarian work in contexts such as this. Often statistics are published about how many people were helped, the death toll, possible perpetrators of a particular act, but rarely do we hear about the volunteers from the Nicaraguan Red Cross.

I imagined for a second what it would be like to be a volunteer driving an ambulance in a country plagued by a wave of riots and violence; what I discovered were tired faces, people affected psychosocially, but who were willing to put aside their political affiliations to help those who were most impacted during these tumultuous times in Nicaragua.

My first-hand experience visiting the volunteers has revealed to me the spirit of these "volunteers for life," who in silence carry out commendable work and embody the humanitarian ideal of the International Red Cross and Red Crescent Movement.