ICRC activities in the Philippines in 2014

In 2014, the International Committee of the Red Cross (ICRC) continued working to protect and assist people affected by decades of non-international armed conflict and other situations of violence. It also coordinated with authorities to prioritize the welfare of detainees and promote awareness of and respect for international humanitarian law (IHL) among various stakeholders.

Many communities already beleaguered by cycles of armed conflict further suffered the effects of successive natural disasters in 2013. Despite the immediate outpouring of aid, these communities needed continued support to be able to rebuild their lives. The ICRC, which had provided life-saving assistance in these situations, also sustained its response to cover the remaining needs of the people affected. Together with the Philippine Red Cross (PRC), the ICRC implemented programs to help survivors recover their livelihoods, rebuild their houses and regain stable access to clean water and health care.

Conflict and armed violence continued to affect certain parts of the Philippines, particularly in Mindanao, where improvised explosive devices and armed clashes caused deaths, injuries or displacement. Often these areas, also afflicted by poverty, were difficult to reach and had minimal or irregular access to basic services.

In 2014, the ICRC completed several projects to support livelihoods and improve access to clean water in these communities. Key hospitals and community health facilities enhanced their capacity to provide timely and adequate care to the weapon-wounded, thanks to continued support from the ICRC and local health authorities. 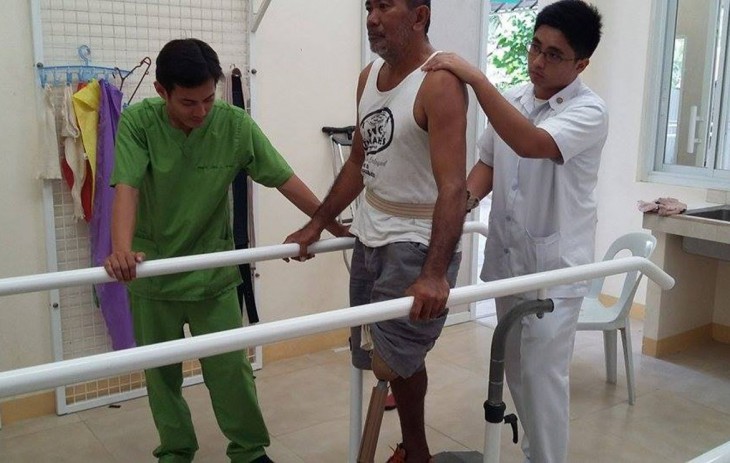 The humanitarian needs in Zamboanga City lingered long after the hostilities ended in September 2013, as hundreds of families struggled with prolonged displacement in evacuation centres and transition sites. In response, the ICRC continued to assist them by improving their access to water, sanitation and hygiene, addressing the nutritional needs of the most vulnerable groups, and providing opportunities to earn short-term income through cash-for-work activities. 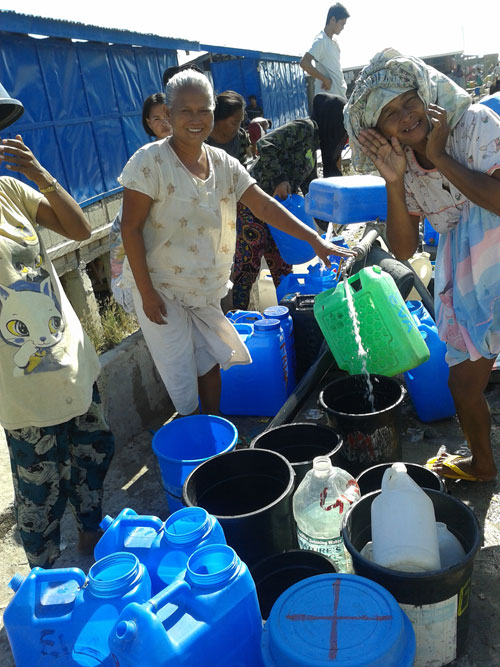 2014 was an intensive year for the ICRC's vast work with Philippine authorities to improve detainees' living conditions, through mechanisms aimed at reducing prison overcrowding, improving health information systems and the management of tuberculosis (TB), and enhancing essential services and infrastructure in places of detention.

Repeated visits were also conducted by the ICRC to people detained in relation to armed conflict and other situations of violence in order to assess their treatment and living conditions and to ensure that internationally recognized detention standards were respected. Detainees were able to maintain links with loved ones through family visits facilitated by the PRC and the ICRC. 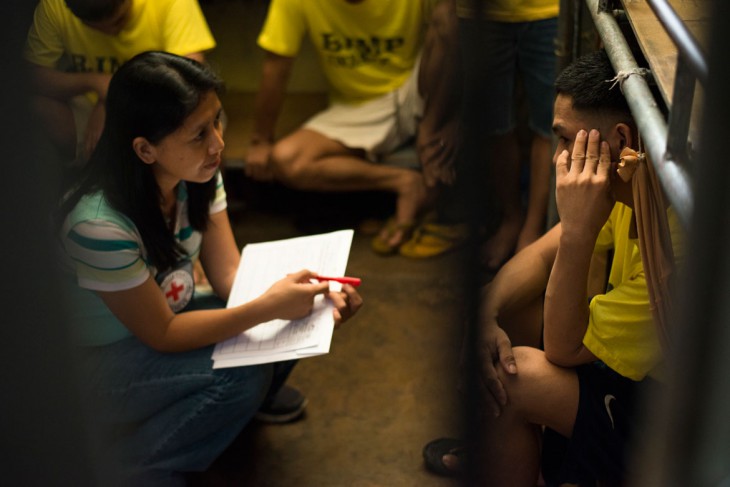 Although the path to recovery was predictably long and arduous in communities in Central Philippines that suffered utter devastation from Typhoon Haiyan (local name: Yolanda) in November 2013, many survivors successfully transitioned from reliance on relief to self-sufficiency.

The International Red Cross and Red Crescent Movement delivered aid to the most affected communities in Cebu, Leyte, Palawan, Panay and Samar. The ICRC, together with the National Society, focused its response on Samar island – also partly affected by armed violence – where it had been supporting communities for years. 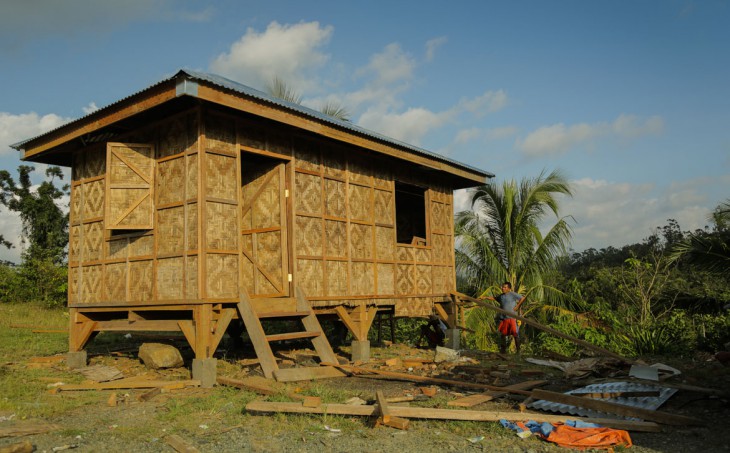 In the field, the ICRC conducted IHL dissemination sessions and meetings with armed groups, influential circles and communities affected by armed conflict, to help enhance respect for the law and ensure that civilians were protected. 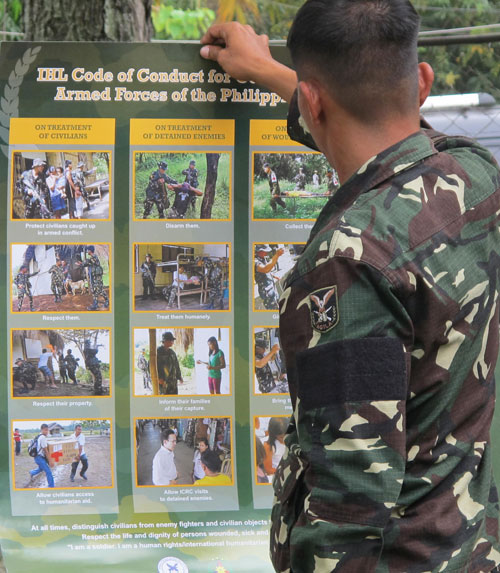 Working with the National Society

The ICRC continued working closely with its main operational partner in the country, the Philippine Red Cross (PRC), while supporting its capacity to respond to emergencies, including natural or man-made disasters.

In 2014, the ICRC helped build the capacity of 24 PRC chapters prone to man-made or natural calamities, by training their Red Cross Action Teams and providing them with equipment and supplies.

The ICRC also supported the deployment of volunteers in ICRC-PRC emergency operations. 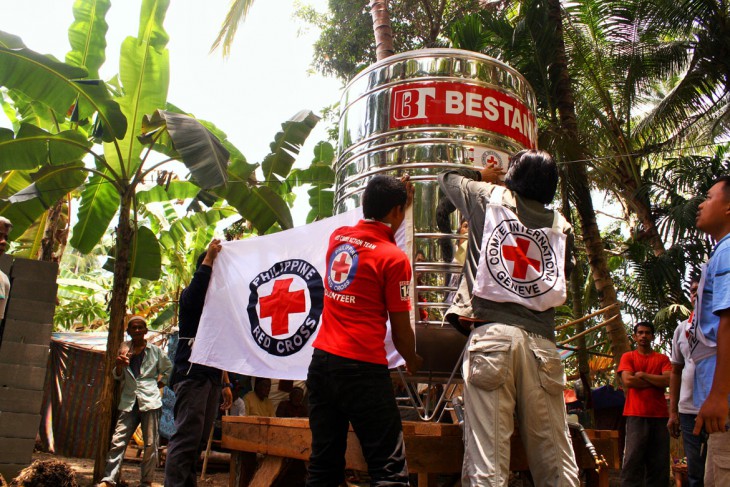 ICRC in the Philippines 2014