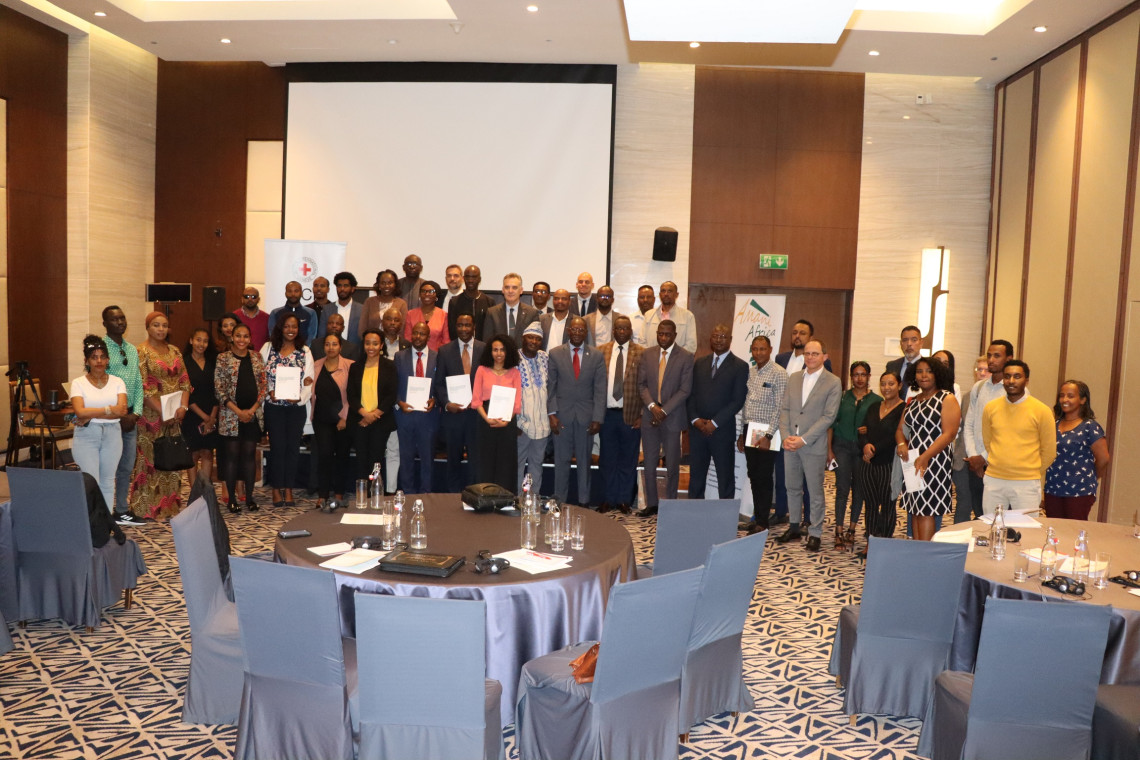 As the AU marks its 20th anniversary, there are still challenges in adhering to IHL norms and principles regardless of the positive progress in putting in place applicable frameworks.
News release 19 December 2022

In Africa and the world at large, conflict continues to be a major driver of humanitarian crises and human suffering. Many countries continue to live with the daily consequences of conflict posing suffering to civilians. The relevance of strengthening IHL has become more important than ever. The African Union (AU) and its predecessor, the Organization of the African Unity (OAU) have come a long way in recognizing and integrating IHL in their normative frameworks as well as implementing it at continental, regional and national levels.

As the AU marks its 20th anniversary, there are still challenges in adhering to IHL norms and principles regardless of the positive progress in putting in place applicable frameworks. There also remains limited literature to review the progress and particularly that critically analyzes the challenges faced today by the AU and Member States, Non-State Armed Groups, and Peace Support Operations (PSOs) in complying with IHL.

It is within this context that Amani Africa (a Pan African think-tank) and ICRC launched a special research on 12 December 2022 in Addis Ababa. The research reviews the progress the AU has made so far in integrating principles and values of IHL into the various legal instruments, decisions, policies, and activities of AU's constituent organs, particularly the Peace and Security Council (PSC) and the Political Affairs, Peace and Security (PAPS) Department among others.

"The launch of this handbook is significant as it coincides with the 30th anniversary of the African Union and ICRC partnership where ICRC has been working in integrating IHL in AU policy frameworks by providing legal support, influencing policy and by levying on various decisions of the PSC over the years," said Bruce Mokaya Orina, Head of Delegation of the ICRC Delegation to the African Union, in his opening remark. Furthermore, the Founding Director of Amani Africa, Dr. Solomon Dersso, emphasized how current conflict situations and dynamics have made the application of IHL even more pertinent today than ever. He went on to explain how IHL serves as the very last defense of common humanity where everything else fails in conflicts.

The African Union, represented by Mr. Zinurine Alghali, Acting Head of the AU Peace Support Operation Division, expressed the journey AU has taken over the years in integrating IHL since its initial mission to Burundi and now to the development of the AU compliance framework amongst other achievements. He further acknowledged the need to continuously integrate IHL by the AU. "Since the commencement of Peace Support Operations, the AU has incorporated the issue of compliance with IHL in its training and on its conduct and discipline guidelines. And we will adopt the outcomes of the research paper in our continuous efforts to ensure the integration of IHL," said Mr. Zinurine.

The research forwards concrete recommendations. Among many, it pushes member states to enhance the domestication of IHL instruments through necessary legislative measures. It acknowledges the importance of political support for the implementation of AU compliance framework and pushes for the integration of basic IHL lessons in education curriculums. The research also stresses the need to enhance coordination between the AU and the UN to bring coherence of mechanisms for compliance and calls for collaboration with Regional Economic Communities (RECs)/Regional Mechanisms (RMs) through sensitization and training campaigns on enforcing IHL. Moreover, it asserts among others, the need for consolidating policies and operational guidelines into an overreaching AU document on compliance with IHL.

The launching event was successfully held in the presence of distinguished members of the Peace and Security Council, representatives from the Political Affairs, Peace and Security Department and other key organs of the AU, Member States, RECs, academic circles, and the wider diplomatic community.