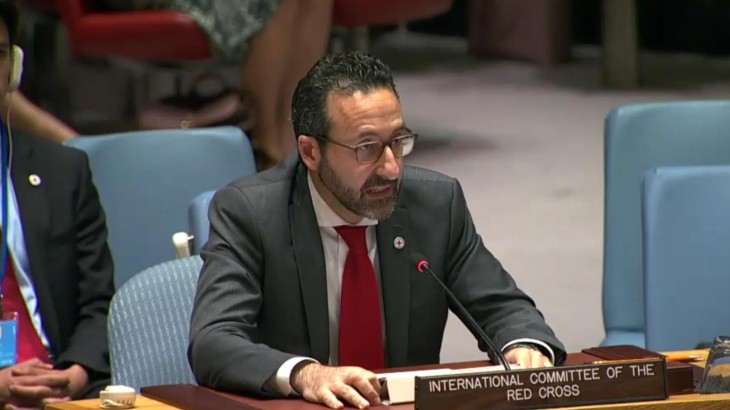 Geneva (ICRC) – The Assembly of the International Committee of the Red Cross (ICRC) has appointed Robert Mardini to the post of director-general.

Born and raised in Lebanon and educated in Switzerland, Mardini is currently the ICRC's head of delegation and permanent observer to the United Nations in New York. He has had a long and varied ICRC career spanning more than 22 years, including serving as regional director for the Near and Middle East, ICRC deputy director-general, head of the Water and Habitat Unit as well as several other field and headquarter positions.

"Robert brings excellent operational leadership and management abilities and an inspiring vision to deliver on the priorities of the ICRC's Institutional Strategy, ensuring we are well-placed to respond to the needs of communities facing armed conflict and violence – both today and in the years ahead," said ICRC President Peter Maurer.

"As director-general, Robert will lead the work of the Directorate, especially to strengthen our people-centric approach and the sustainable humanitarian impact of our operations, including a renewed focus on prevention and protection. Robert will further develop a supportive and inclusive environment for staff and lead our organization through ongoing change processes, including digital transformation," Maurer said.

Robert will begin his role as director-general on 30 March, 2020, replacing Yves Daccord, who has held the post since 2010.