ICRC detention work: Why, where, who? 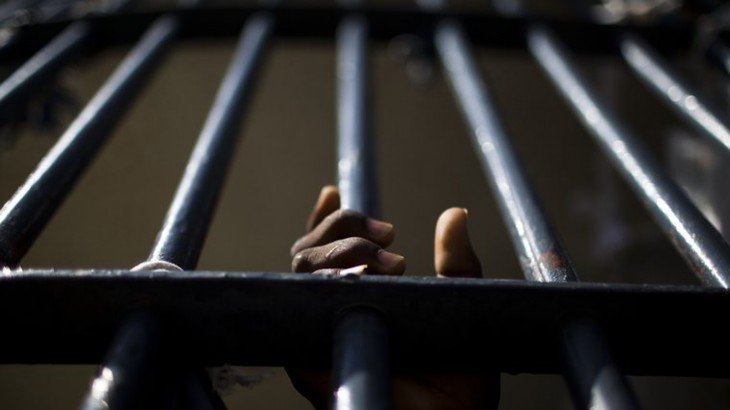 Why does the ICRC visit detainees?

By definition, detainees are potentially vulnerable. They are not in a position to manage their own lives. They are at the mercy of the detaining authorities and their representatives. They may face difficulties and even be at risk of death.

The vulnerability of an individual detainee depends on:

At the same time, systemic failings or gaps in detention facilities, procedures and processes may affect all detainees to some degree, regardless of the above factors.

The ICRC has been visiting detainees to monitor their conditions of detention for more than 140 years. Everyone knows that we help people held in relation with armed conflicts and other situations of violence.

But in recent decades, our detention work has expanded to cover more categories of person, detained in many diverse situations.

The aim of these activities is to prevent:

and to ensure that;

We aim to make a real difference to detainees, by working with authorities to resolve both the consequences and the causes of the problems that affect them.

Where does the ICRC help detainees?

We visit detainees in over 90 countries and territories around the world.

Click the map below to see where we helped detainees in 2014. 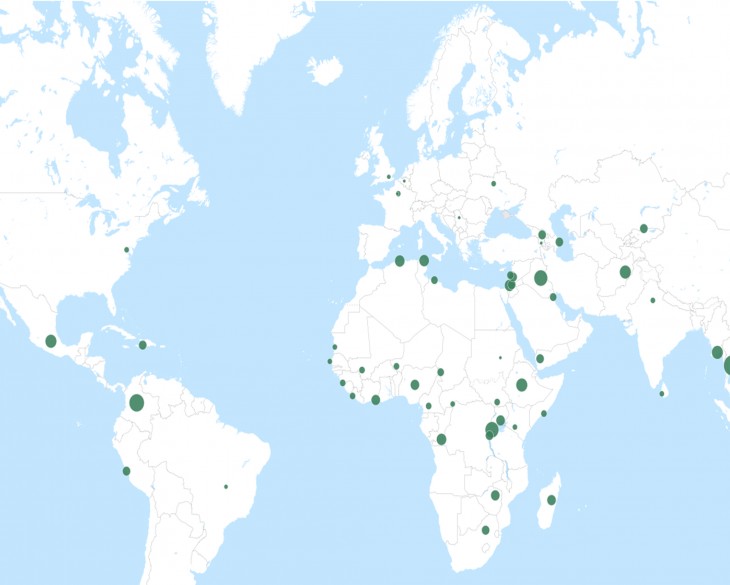 What types of detainee does the ICRC visit? 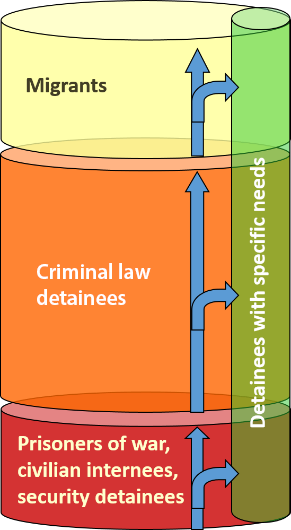 People held in connection with armed conflict or other situations of violence are our top priority. We prioritize these detainees because their (real or supposed) allegiance to an opponent of the authority detaining them may well put them at greater risk of treatment contrary to their dignity and well-being. But wherever we can, we help all detainees in a particular place of detention, with a particular focus on those who are most vulnerable. In many cases, the problems faced by people detained in relation to conflict or situations of violence are common to all detainees, because they are systemic.

What is the legal basis for the ICRC's efforts to help detainees?

In an international armed conflict, the 1949 Geneva Conventions give the ICRC the right to visit detainees – both prisoners of war and civilians protected by the Fourth Geneva Convention. The Conventions also entitle us to receive information about these people and to carry out humanitarian activities.

In a non-international armed conflict, there is no treaty explicitly giving the ICRC the right to visit detainees. However, article 3 common to the Geneva Conventions states that the ICRC can offer its services to the authorities, in its capacity as an impartial humanitarian organization, and we regularly visit people held in connection with non-international armed conflicts. The practice is recognized internationally, in particular via numerous resolutions of the International Conference of the Red Cross and Red Crescent and by both States and non-State groups involved in such conflicts.

In other situations of violence, we act on the basis of our right of initiative, conferred by the Statutes of the International Red Cross and Red Crescent Movement. In such contexts, we have to negotiate for authorization to visit detainees, just as we do during non-international armed conflicts.

When a party accepts an ICRC offer of services, that does not mean they recognize the existence of a particular situation, especially a situation of armed conflict. Nor do ICRC visits confer any legal status on the detainees visited. The acceptance of our visits is often an expression of the authorities' desire to ensure that detainees receive decent, humane treatment.

The ICRC has special agreements with international courts and tribunals and with those responsible for UN and regional peace operations, allowing us to visit people detained under their authority.