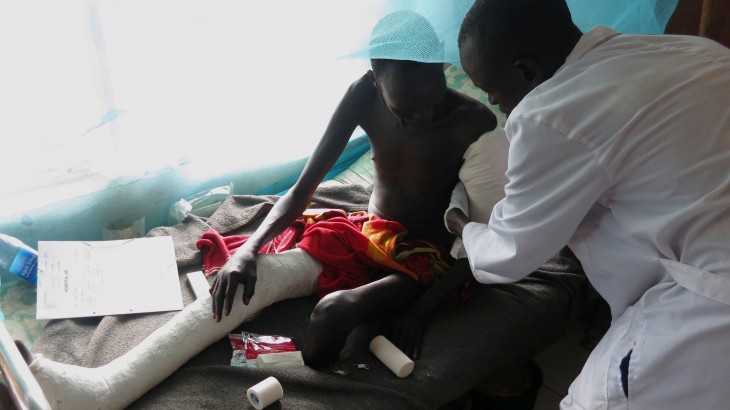 In June and July this year the ICRC Mobile Surgical Teams (MST) performed more than 600 emergency surgeries in South Sudan and over 6,000 since the beginning of the crisis in December 2013.

As the conflict continues, the ICRC is continuously facilitating the evacuation of the wounded and providing them with emergency medical and surgical attention on both sides of the front line. Kerry Page, ICRC's Health Coordinator in South Sudan, gives an update on the MST's work and talks about the challenges faced by health professionals.

"At the moment, we have five mobile surgical teams working across the country. They have a wide range of skills and are able to perform all kinds of surgical procedures from caesarean sections to complex chest or abdominal surgeries" explained Ms Page. Each team is composed of a general surgeon, an anaesthetist and 3 nurses and is often supported by a physiotherapist. Due to the difficult living and working conditions, mainly in remote places, the MST staff carries out missions for short periods of two to six months.

"One of the biggest challenges we have in South Sudan at the moment is the lack of local medical capacities. The patients cannot be referred to other health structures or specialists in the country, so our teams need to be able to diagnose and treat on-site all sort of pathologies, with very limited means" said Kerry Page.

In Juba, the ICRC mobile surgical teams have been working in the Military Hospital since the onset of the conflict, running an operating theatre, a 40 bed ward and providing training for the staff, surgical materials and medicines. The ICRC has also supported the opening of a blood bank.

Our medical teams have also carried out paediatric and surgical activities in the Malakal Teaching Hospital, until February 2014, when, due to intensified fighting, the Hospital was forced to close.

In Maiwut, an MST began working at the County Hospital in December last year. As the only functioning health facility in southern Upper Nile State, the structure allows nearly 120,000 people to gain access to medical and surgical care. A midwife, a physician, a paediatric nurse and a program director have joined the team to build the capacity of the County's health team and support the Hospital in the long run.

An additional surgical team is often deployed to Old Fangak, to treat mainly war wounded, while another team will be sent to Waat in the coming weeks.

However, logistics, weather conditions and the worsening security situation in some areas remain major constraints for the work of the mobile surgeons. The transport of staff, patients and materials is primarily done by plane or helicopter, which is even more difficult during the rainy season. Between the sterilization tools, the medical instruments and basic living items, a mobile team's equipment weighs around 1,500 kg.

Recent attacks have also forced the ICRC to suspend the deployment of MSTs in several field locations, such as Leer and Kodok hospitals. "We are hoping to go back to these areas as soon as the situation allows it, but medical evacuations and assistance have to be safe both for the patients and the staff" said Kerry Page.

Over the past two months, 86 people have been evacuated by the ICRC, while many other wounded are still on the ground, waiting for urgent medical assistance.

On a number of occasions and in many towns and villages in South Sudan, healthcare facilities have been damaged, while health workers and patients have at times been either injured or killed.

The ICRC continues to remind all warring parties that precautions must also be taken in the conduct of military operations to avoid and minimize loss of civilian life, injury to civilians and damage to civilian structures.

Under international humanitarian law, medical personnel, facilities and transports must be respected and protected in all circumstances, while carrying out their humanitarian function. 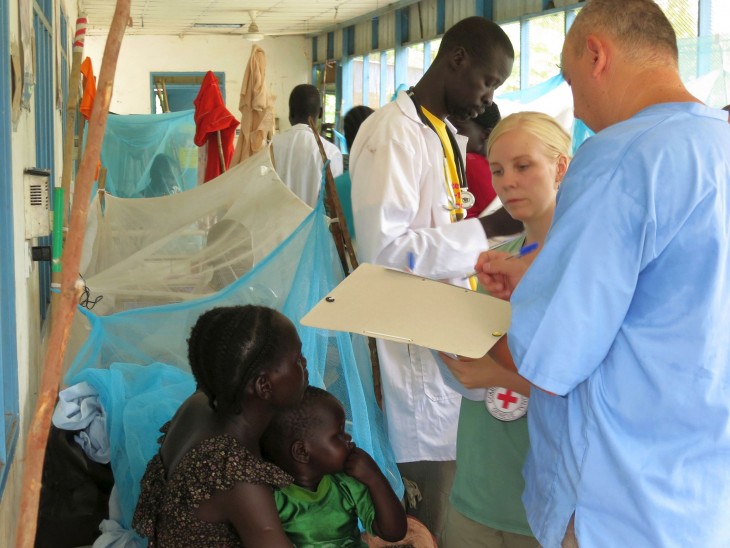 Since the beginning of the current crisis in December 2013 to the end of July 2015, the ICRC has carried out the following activities.

In the area of health, the ICRC has:

To assist displaced people and others affected by the conflict, the ICRC, together with the South Sudan Red Cross, has:

To help build the resilience of communities to cope with serious food insecurity, the ICRC has:

Through visits to places of detention, the ICRC has supported the detaining authorities in adhering to international standards and responding to emergencies. Notably, it has:

To help reconnect family members separated by the violence, the ICRC and South Sudan Red Cross have:

To promote knowledge and respect for International Humanitarian Law (IHL), the ICRC has: 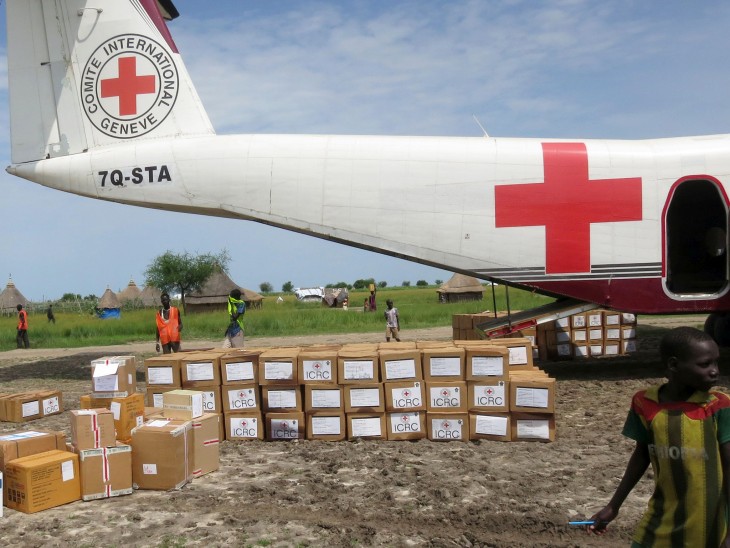