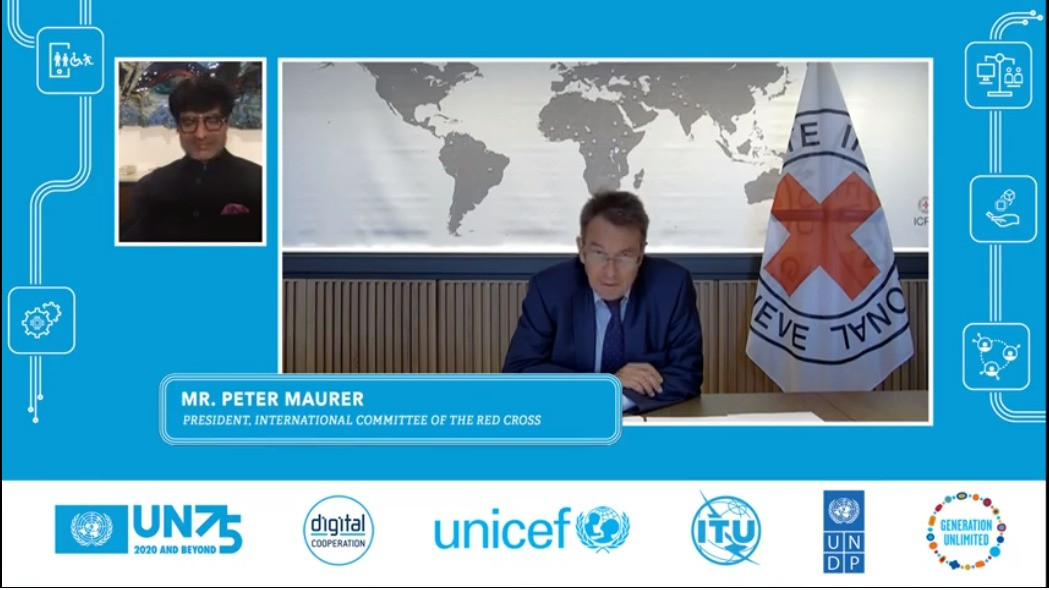 On 23 September 2020, the Office of the Special Adviser to the Secretary-General, UNICEF, Generation Unlimited, the International Telecommunication Union, and UNDP convened the High-Level event "Digital Cooperation: Action Today for Future Generations".
Article 24 September 2020

The programme featured three multi-stakeholder dialogues focused thematically on the need to:

The protection of people in areas of conflict is a core part of the ICRC's mandate and work. ICRC President Peter Maurer therefore spoke on the "Protect the Digital Age" panel. He highlighted three key issues:

"We have past experiences, from Myanmar to Ethiopia, to Syria, to Yemen and South Sudan where we have seen what misinformation and the spread of hate speech can mean to societies," Maurer said in his opening remarks. "How much it can accentuate conflict. How much it can divide society. How much it can be an attack on humanitarian principles and be a trigger of further violence, in a cycle of violence." The pandemic has only further accelerated existing issues, he added.

Cyber attacks against health care facilities are also exacerbated by the COVID-19 crisis. Maurer cited recent cases where hospitals or health care infrastructure has been severely inhibited or prevented from responding to health issues, including the pandemic itself. And this has happened in various parts of the world including the Czech Republic, France, Spain, Thailand, the United States, and South Africa, Maurer noted.

"It's the most elementary issue – that those facilities and infrastructures and sectors, which are the most protected in IHL – should suddenly be the most frequently attacked. We have to make it clear through political action, through concrete action and cooperation here again that this is unacceptable, and unlawful, and we need to mobilize and gather the international community to express itself," Mr. Maurer said recalling the May 2020 call, signed by over 40 international leaders, for all governments to work together to stop cyber attacks on the health care sector.

"We need to ensure that data are not misused, that they are held, shared, distributed only according to certain modalities which are acceptable to the holders of data," Mr. Maurer said when asked about digital risks and specifically on the protection of children's data. "We need cooperation here again in order to find these protocols on how to share sensitive data, how to ensure highest protection standards in data, because we know that if we don't do this, the situation of the weakest one – the children and youth – will end in stigmatization, exclusion, discrimination, misuse."

Alongside Maurer on the panel were: 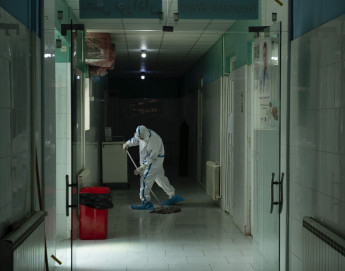 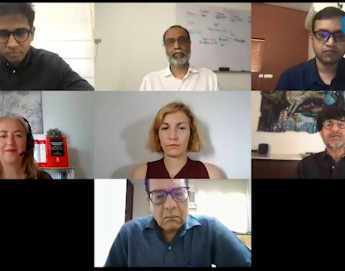 Cyber attacks against medical facilities pose a real risk to humans – in times of pandemics, in times of conflict, at all times 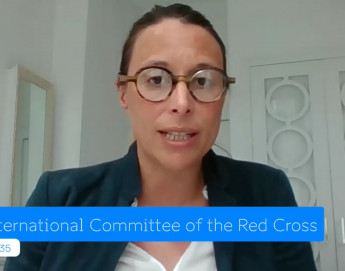 Malicious use of cyber technology can cause suffering during armed conflicts