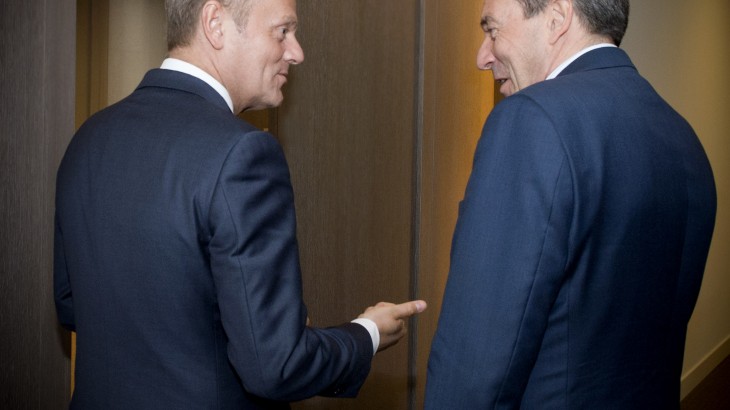 Brussels (ICRC) – The president of the International Committee of the Red Cross (ICRC) Peter Maurer has called on the EU to up its humanitarian efforts to help stabilize swathes of the Middle East and Africa gripped by crisis. He also called upon governments to embrace the urgent humanitarian imperative in their response to the Mediterranean migration crisis, itself fuelled by conflict and instability in countries of origin.

Mr Maurer made his comments during an official visit to Brussels where he met the president of the European Parliament Martin Schulz, president of the European Council Donald Tusk as well as the Vice-President of the European Commission for Budget and Human Resources Kristalina Georgieva, Commissioner for Humanitarian Aid and Crisis Management Christos Stylianides, and Commissioner for International Cooperation and Development Neven Mimica. During his stay in Brussels, Mr Maurer also met the Deputy Secretary-General of NATO Alexander Vershbow, and Deputy Prime Ministers of Belgium Alexander De Croo and Didier Reynders, among a number of other senior dignitaries. 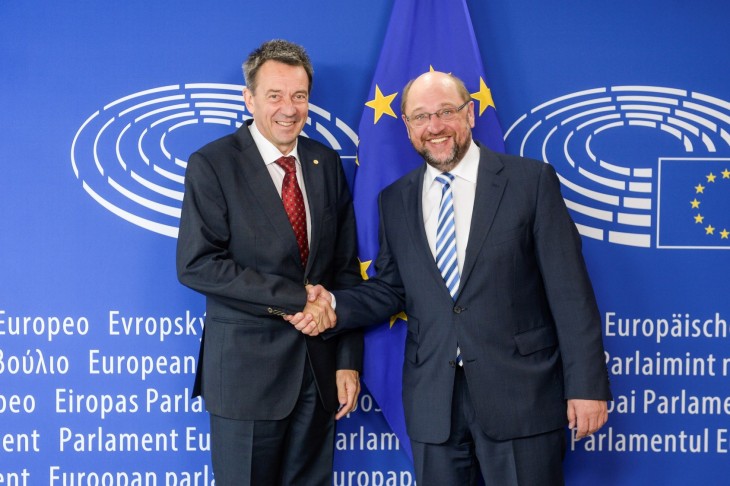 The crises in the Middle East, Africa as well as in Ukraine were among the subjects discussed. During his visit, Mr Maurer also expressed his gratitude to the European Union for its staunch financial support for the ICRC. In some of the hardest-hit trouble spots, including Yemen, Syria, northern Nigeria and eastern Ukraine, ICRC teams often find themselves working largely alone, making the EU's support all the more critical for countless victims of conflict, he said. "We are counting on the continued unwavering and vital support of the European Union for the ICRC so that we along with the Red Cross and Red Crescent Movement as a whole are able to make a difference when and where it is needed most", declared Mr Maurer. The ICRC president said that he hoped to draw EU leaders' attention to the humanitarian fallout of conflict as a root cause of migration. "If aid does not increase to meet growing needs, prospects for stabilizing war-torn societies are bleak".

Migrants in the Mediterranean, whether driven to attempt the dangerous passage by conflict, violence or for other reasons, represent only a small fraction of migrants worldwide, he noted.

When conflict drives people from their homes, simple geography dictates that it is neighbouring communities and countries that find their limits most severely tested.

In Nigeria, from where Mr Maurer had recently returned, more than a million people have been displaced inside the country alone, while hundreds of thousands more have sought refuge in neighbouring Chad, Cameroon and Niger. The ICRC's humanitarian response in the Lake Chad region is now its third biggest worldwide, behind Syria and South Sudan.