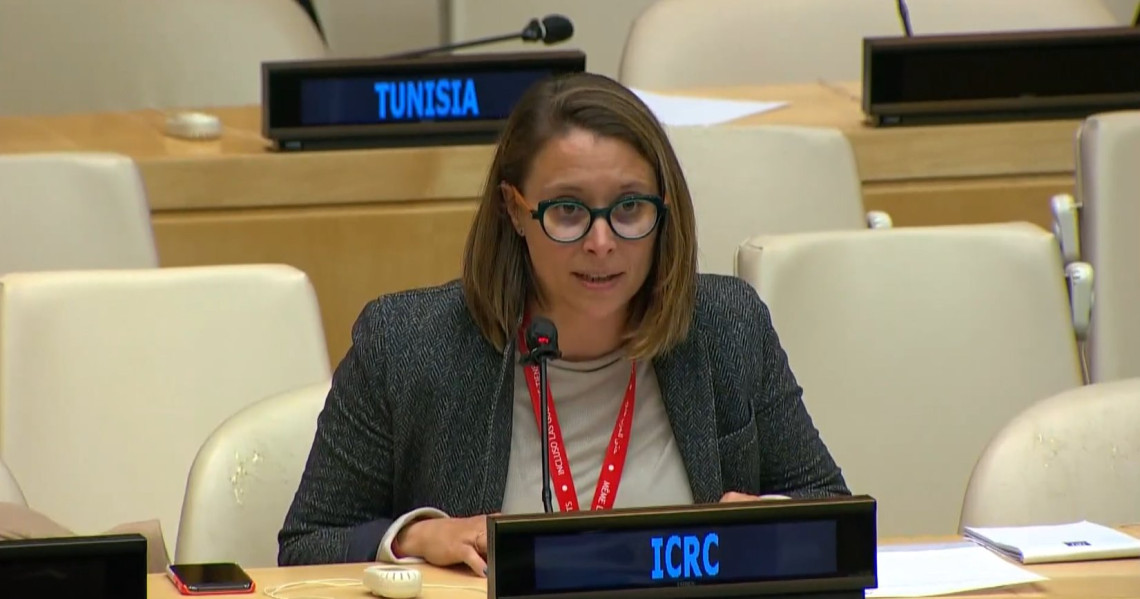 Seventeen days after the events of September 11th, 2001, the Security Council adopted Resolution 1373 establishing this Committee. We take today's opportunity to reflect on the developments in the counter-terrorism landscape over the last 20 years and the ways forward from here, including how UN counter-terrorism efforts might be improved. As guardian of international humanitarian law and considering our mandate to assist and protect victims of armed conflict, this subject is of great importance to the ICRC.

Let me emphasize that the ICRC unequivocally condemns acts of terrorism. Terrorism negates basic principles of international humanitarian law, or IHL, including the principles of humanity and distinction. I want to affirm the rights of States to take action to counter terrorism, as well as their duty to protect their population from terrorism, in conformity with international law, as set out in Resolution 1373.

IHL prohibits acts or threats of violence the primary purpose of which is to spread terror among the civilian population. However, at international law more broadly, the contours of what is and what is not an act of terrorism are not always clear. Resolution 1373, and more recently 2462 and 2482, do not define who or what constitutes a terrorist, a terrorist group or an act of terrorism. However, these resolutions do require states to create "serious criminal offenses" in legislation for economic contact, for any purpose, with such terrorists and groups, however defined by states. The fluid definition of "terrorist" combined with Council-mandated strict punishment for very broad ranges of economic contact, for any purpose, with such persons and groups, has created many challenges for impartial humanitarian action.

We are deeply concerned by counter-terrorism measures that criminalize or restrict humanitarian actors from crossing frontlines to deliver life-saving and essential humanitarian aid. When humanitarian actors are prohibited from carrying out their mandate as foreseen by IHL, the effects on civilians are devastating. Such measures may curtail humanitarian actors' ability to visit persons being detained by listed groups, recover dead bodies, train armed groups to respect their obligations under IHL, and facilitate mutual detainee swaps. We may be prohibited from repairing water infrastructure, tending to the wounded, and helping to vaccinate populations against COVID-19. We therefore thank this Committee for providing this space today to discuss the balance between State's legitimate interest in combatting terrorism and humanitarian action.

Allow me to propose the following to the CTC:
First, the term "for any purpose" should be revisited in OP 5 of Resolution 2462, in particular when combined with "even in the absence of a link to a specific terrorist act". This is too absolute an expression. On its face, "for any purpose" in OP 5 would also include any humanitarian purpose. The requirement to create crimes punishing much economic contact with persons deemed to be terrorists in OP 5 should not include impartial humanitarian action mandated by the Geneva Conventions to which all UN Member States are bound.

Second, given CTED and 1267 Monitoring Team reporting last year regarding the apparent paucity of steps taken to "take into account" the impact of CT measures on impartial humanitarian action, "take into account" should be upgraded to take measures to mitigate the effects CT measures on impartial humanitarian action, in future resolutions.

In recent years, several States have adopted national legislation protecting humanitarian activities in their CT legislation, including the Philippines, Switzerland, and Chad. Regional organizations such as the EU and the AU have also taken measures. The narrative on this issue is changing, and we are heartened by the progress in this regard as demonstrated by the Security Council debate on the 16th of July this year under France's Presidency, the Kenya-organised Arria-formula meeting on the 11th of August, as well as recent CTC discussions on the topic.

Let us continue making progress in preserving principled humanitarian action for the benefit of people affected by armed conflict while countering terrorism. We know it can be done. The ICRC stands ready as a willing partner in this endeavor. 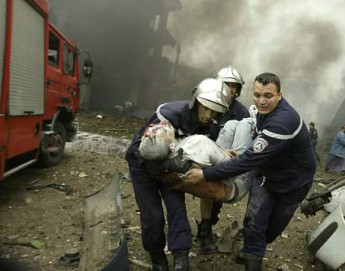