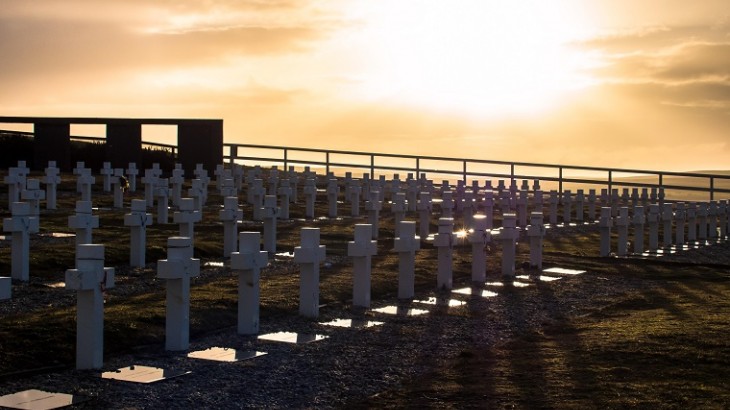 The International Committee of the Red Cross (ICRC) forensics team working to identify the remains of Argentine soldiers buried in Darwin cemetery has reported good progress.

Work began on 20 June 2017. During the first 9 days the team was able to exhume, analyze, sample and then rebury the remains of 21 of the 123 Argentine soldiers.

As previously stated by the ICRC's operational coordinator for the Falkland/Malvinas Laurent Corbaz, the ICRC remains cautiously optimistic and hopes to provide answers to as many families as possible, in line with its humanitarian mandate. The identification process can only be successful with families' informed consent, ante-mortem data and DNA samples.

Disclaimer: The designations employed in this article do not imply official endorsement or the expression of any opinion whatsoever on the part of the ICRC concerning the legal status of any territory, or concerning the delimitation of its frontiers or boundaries. Whenever a disputed territory is given different names by the parties concerned, the ICRC uses those names together, in French alphabetical order.