ICRC to world leaders: "Turn the disillusionment into hope in Syria" 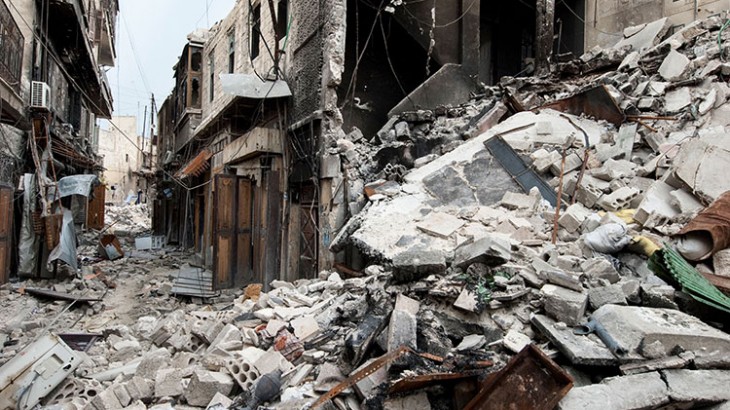 Address by the International Committee of the Red Cross's Middle East Director, Robert Mardini, to UNGA leaders at a side event focused on the humanitarian situation in Syria.

Thank you for giving me the opportunity to address you today. At such a critical time for the Syrian people. And in the aftermath of yet another appalling attack on humanitarian workers. What happened to the aid convoy at Orem Al Kubra amounts to an attack on humanity itself. I offer my condolences to those who died – whose only crime was to try to help others. Once again, I would like to praise the work of the Syrian Arab Red Crescent who lost a committed staff member in this attack. Their work has been selfless, tireless and unrelenting. My thoughts also go to the families of the four medical workers of the Union of Syrian Medical Relief Organizations killed last night in Khan Touman.

The ICRC has a unique insight into events in Syria. We've been present throughout the conflict, with hundreds of staff across the country. I, myself, was in Syria in February, meeting communities severely affected by the fighting. I witnessed the disillusionment of people, wracked by this seemingly endless war.

Earlier today, I spoke to my colleagues in Damascus for an update on the situation.

The ceasefire, announced more than a week ago, sadly, appears to be broken. We hear of renewed fighting in Idlib, Aleppo, Homs and Rural Damascus. If this ceasefire is to survive, there must be a renewed and determined effort – now – to keep it alive.

The people of Syria are crying out for a political solution. It's vital that the people who can bring this conflict to an end, do so now. It's time to focus minds, take brave decisions and end this horror.

But, while we wait for that political solution, a number of urgent issues need to be addressed:

We need safe, humanitarian access. Ceasefire or not. We have stocks of food, medicines and other essential items. They're ready to be distributed, to save lives. But – as events have all clearly shown in the past few days – there have to be security guarantees. Absolute, castiron guarantees. Otherwise aid will not be distributed and the spiral of suffering will continue.

We need a rapid depoliticisation of the aid issue. Aid cannot be tied to politics. Give us, and other aid agencies, the space and, the ability, to operate.

We need parties to the conflict to abide by the laws of war. The attack on the aid convoy at Orem Al Kubra was not the first such incident. Stop bombing hospitals. Preserve civilian life and infrastructure. Avoid using heavy explosive weapons in populated areas. And, because of their devastating impact on communities, lift the sieges throughout Syria.

And, let's be honest, some here today have great influence over the warring parties. Please, use that influence. Every day. Every night. Insist they abide by the laws of war.

Turn that disillusionment into hope.