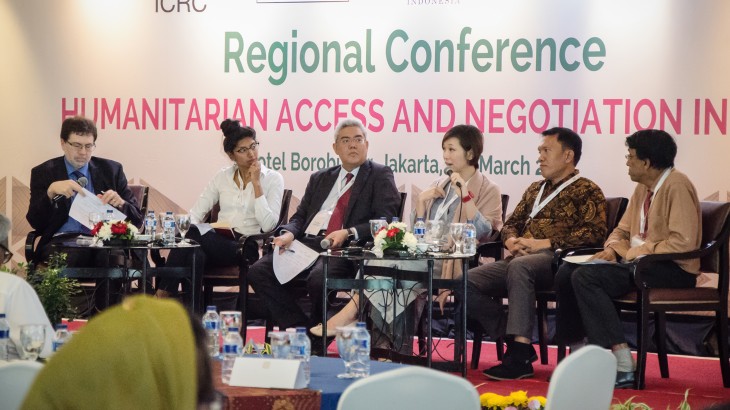 The conference, the first of its kind organized by the International Committee of the Red Cross (ICRC), provided a unique space to over 100 participants to discuss challenges related to humanitarian access and negotiation in Asia. The participants included humanitarian practitioners, government officials, security force personnel and members/former members of opposition/non-state armed groups. They examined what constitutes effective humanitarian negotiation and explored ways in which access to state and non-state actors, decision makers and opinion leaders could be secured for the benefit of the most vulnerable.

In her keynote speech, Indonesian Minister of Foreign Affairs Retno Marsudi highlighted the need for such a gathering. “The only way to take care of the victims’ needs is through closer collaboration among all stakeholders… for no single agency, no single government, can resolve this alone,” she said.

“Obtaining access to people affected by situations of armed conflict has never been easy,” said Christoph Sutter, who heads ICRC’s Regional Delegation for Indonesia and Timor-Leste. “Humanitarian access is crucial in times of both natural and man-made disasters. The ICRC has been involved in those negotiations for decades given the nature of its work, but there is always room for us to learn from others.” 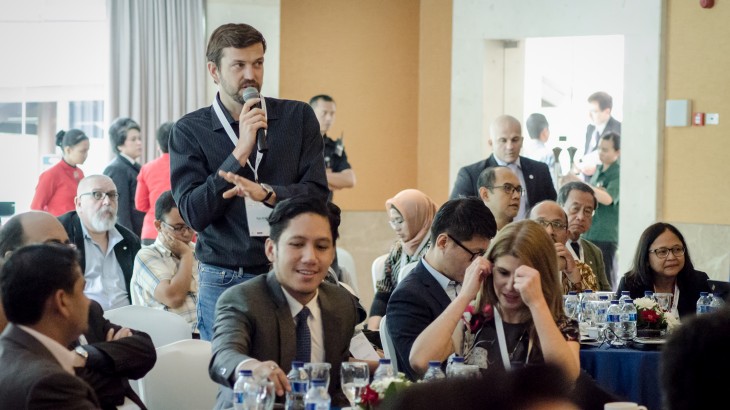 Key topics for discussion during the conference included the increasing limitations on humanitarian access due to security constraints and the diminishing acceptance of humanitarian workers, the politicization of aid; and the growing role of faith-based organization and religious leaders in times of conflict and humanitarian crisis.

“Local actors and faith-based organizations are playing an increasingly critical role on the frontlines of humanitarian crises,” said Tomy Hendrajati, Chairman of Executive Board of Humanitarian Forum Indonesia (HFI). “This conference provides an important opportunity for us to hear different perspectives about humanitarian negotiation and access and to strengthen our acceptance and security on the ground.”