Indonesia: Memories of the Tsunami, ten years on

It's ten years since one of the worst natural disasters on record claimed almost 250,000 lives in 14 countries, when a Tsunami swept across the Indian Ocean. Indonesia was hardest hit, followed by Sri Lanka, India and Thailand. Markus Dolder was deputy head of the ICRC's Indonesia delegation at the time. That meant he was one of the first people to start helping the survivors. Ten later, his memories are sharp as ever. Memories of those who didn't make it, those who survived but lost everything and everyone, and those who showed up to help others, despite their own loss. This video is a tribute to all of them.

On the occasion of the tenth anniversary of one of the deadliest natural disasters in human history, the ICRC recalls its operational response in one of the most devastated of the tsunami-affected areas, the regional province of Nangroe Aceh Darusalam in Indonesia, or Aceh, as it is commonly known. 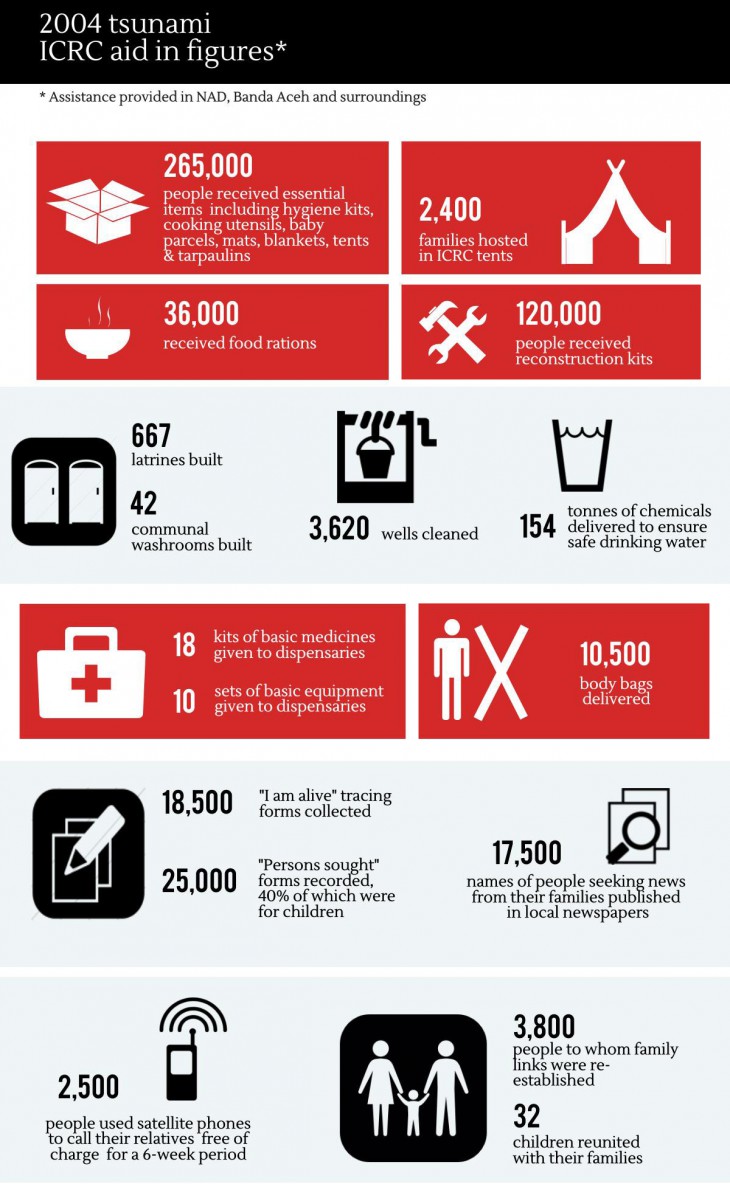