International Day of the Disappeared in Georgia

Time is running out for families of 2,400 people who went missing as a result of armed conflicts. 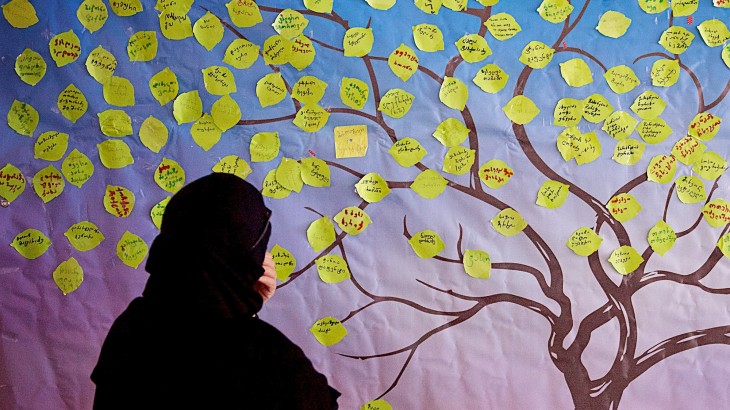 Tbilisi (ICRC) – Every year, worldwide, the International Day of the Disappeared is marked on 30 August. It is an occasion to raise awareness of this issue, to remember missing people and to express solidarity with their families. For these families, however, the pain and the memories will last long beyond this day, until they find out what happened to their parent, sibling or child.

Over 2,400 people are still unaccounted for in connection with the armed conflicts that took place in the 1990s and 2008. "Since 2010, we have recovered the remains of 415 people. More than 150 of them have been identified and returned to their families. But it's not enough," says Séverine Chappaz, head of the International Committee of the Red Cross (ICRC) in Georgia. "Time is running out, and every day that passes makes it more difficult for the families of missing people to cope with this ambiguous loss."

The never-ending uncertainty, expectancy and pain of those whose loved ones are missing pervade every aspect of their lives, no matter how much time passes. Not knowing what happened to their loved ones and being unable to give them a dignified burial remains an open wound, leaving little possibility for families and communities to recover and move on. The lack of a specific legal status for missing persons is an additional challenge for the families in their daily lives.

The ICRC provides expertise and support as part of its bilateral dialogue with the authorities, while regularly reiterating that it is government institutions that have the primary responsibility to clarify the fate and whereabouts of people who are unaccounted for and, as such, they should strengthen their know-how, coordination and involvement. They should also develop suitable legal frameworks and systems to provide effective support to the families.

Disappearance is one of the most complex, challenging and under-reported humanitarian problems in the world today, whether connected to armed conflict, other violence or migration. Exactly how many people are missing throughout the world is not known, but the ICRC estimates the number to be at least in the hundreds of thousands.

To mark the International Day of the Disappeared, the ICRC has organized an exhibition in Tbilisi of 50 photos highlighting the challenges faced by the families affected, the activities carried out to address their needs, and the steps taken to search for, recover and identify missing people and lay them to rest in dignity.