Shades of conflict in Iraq

Since the beginning of 2014, the current armed conflict in Iraq led to the displacement of more than 2 million people. Some areas in the country witnessed major population movements as people fled the fighting and sought shelter in relatively safer areas. The first respondents to the growing needs of the displaced people have been Iraqi communities in those areas, who received, hosted, and provided food, water, shelter and other forms of assistance and support. The International Committee of the Red Cross's response to the needs of the displaced people was efficient and swift. Some displaced people received aid 48 hours after their displacement. However, in some cities and towns, population shifts and influxes changed the landscape as some towns hosted a population larger than their own.

This photo gallery demonstrates part of the ICRC's activities in different areas affected by fighting in Iraq. 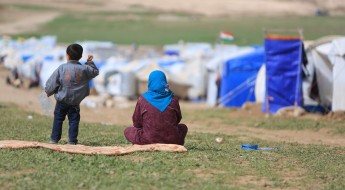