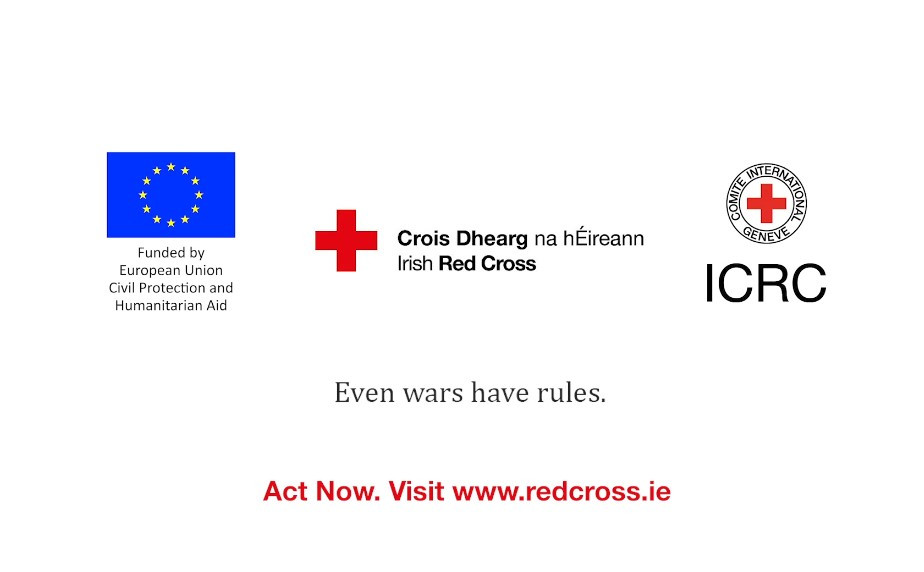 The International Committee of the Red Cross (ICRC) and the Irish Red Cross (IRC), supported by the European Union (EU) will be broadcasting on TV, across Ireland, a short film on the risks to health-care #NotATarget, from 14 September to 18 October 2020. The film screening is part of the 'Health Care in Danger' campaign, aimed at raising awareness about the all too often existent dangers of providing health care.
Article 14 September 2020 Belgium Ireland

With this short film #NotATarget the European Union, the ICRC and the IRC want to address the widespread and severe impact of illegal and often violent acts that obstruct the delivery of health care, damage or destroy facilities and vehicles, and injure or kill health-care workers and patients. Based on humanitarian operational experience and different studies done on the subject, the Red Cross and the EU believe that lack of safe access to health care in conflict or other emergencies is affecting millions of people. Yet, the significance of this issue is not fully appreciated. For the Red Cross health care includes hospitals, clinics, first-aid posts and ambulances. For this campaign the scene depicting a father trying to save the life of his daughter was chosen as a symbol of universalism and humanity.

In the field, the effect of just one violent incident directed against medical personnel or facilities may be felt by hundreds or even thousands of people. A single act of violence that damages a hospital or kills health-care workers has a knock-on effect, depriving many patients of treatment they would otherwise have received from the facility or workers in question. The Health-Care in Danger project #NotATarget seeks to understand the complexity of the issue with the aim of raising awareness and increasing the knowledge of relevant institutions worldwide as well as informing the general public about this critical humanitarian problem. Recognizing the complexity of the issues at hand, key stakeholders notably at the EU level were mobilized to find practical solutions within their own spheres of responsibility. The outcomes of these consultations, recommendations and practical measures are being used as basis to produce technical tools for the different target audiences. The ICRC and the European Union believe that mobilizing the European public opinion could have also an impact in the countries where the issue is of immediate operational concern.

The ICRC operations are notably supported by ECHO (EU)

International humanitarian law and the challenges of contemporary armed conflicts 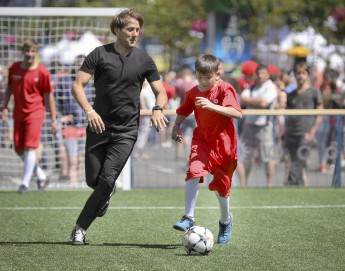 Not a Target: EU - ICRC campaign in Hungary 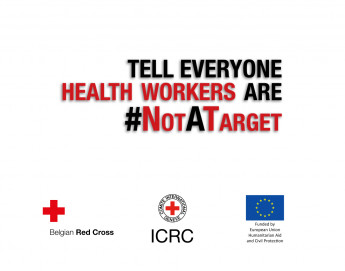