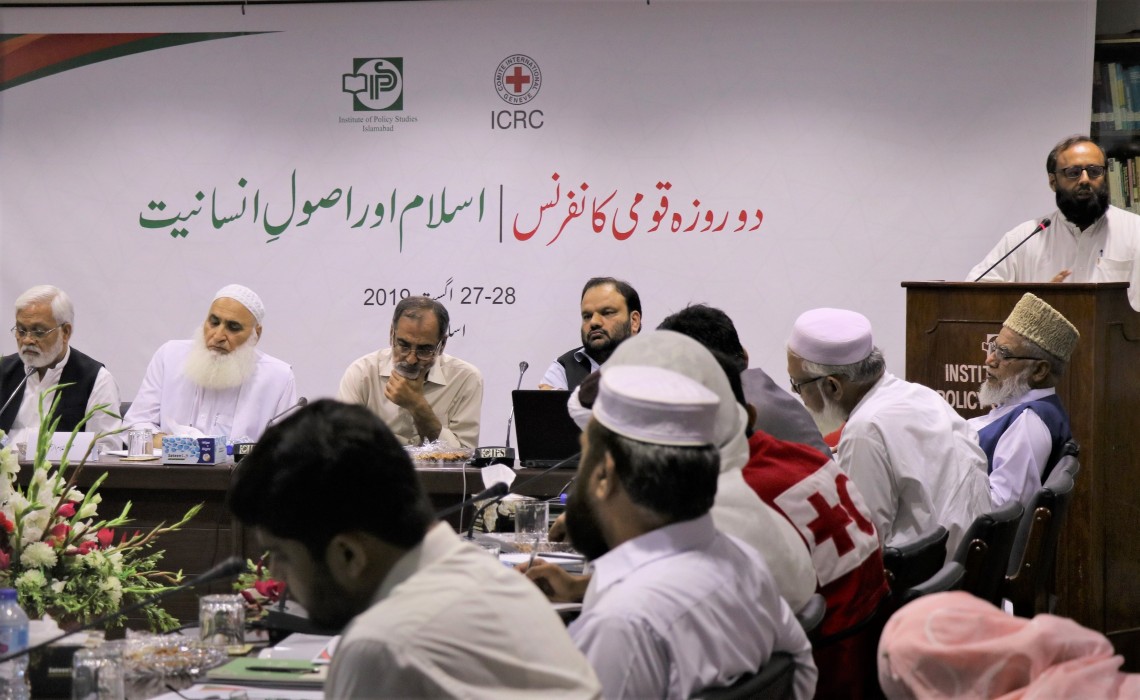 In a first of its type, a group of 40 Islamic scholars, academicians, legal experts, medical and humanitarian practitioners got together in a two-day round table to deliberate upon Islam and humanitarian principles of RC & RC movement on 27-28 August 2019 in Islamabad. The round table was organized jointly by the Institute of Policy Studies Islamabad and the ICRC Pakistan.

Majority of the participants were of the view that the humanitarian principles of RC & RC movement were actually similar to the ideas introduced and practically implemented by Islam centuries ago. Thus, there might be some differences in the background or origins of those principles, however, practically there are very little difference when they come into play during humanitarian action in the time of disasters or conflicts.

The participants concluded that religions have a huge influence on its followers and for Muslims, anything that comes from the religion is far more important than any law or rules sanctioned by a temporal authority. Thus, it is worthwhile to create awareness in Muslim contexts about the compatibility of humanitarian principles with the teachings of Islam to highlight the universality of the former.

Papers were presented on various topics related to the main subject like history & origins of humanitarian principles, medical ethics, role of media, domestic laws etc. The proceedings of the conference will be published in the form of a book.

ICRC Pakistan has been interacting with the Islamic circles of the country for the past 20 years. It has organized two international conferences in 2004 and 2014 on Islam & IHL while a national conference in 2013 on Protection of Medical Personnel and Facilities under Islam and IHL.