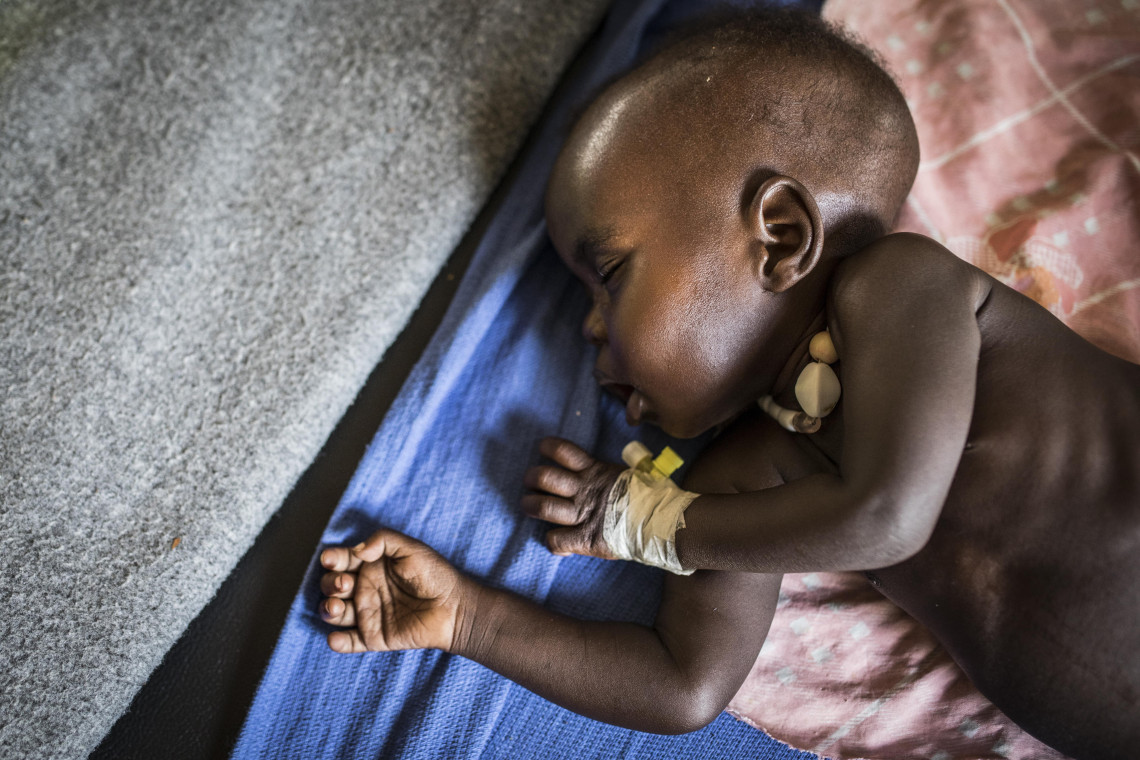 "It is important to address the humanitarian consequences of hunger, but we must also treat and prevent its causes"

Statement by the International Committee of the Red Cross to the Security Council Open Debate: Conflict and Food Security.
Statement 11 March 2021

Thank you, Madam President, and to the United States for convening this important debate today to discuss the risks, vulnerabilities and responses to conflict-driven.

Famine is preventable – and for the millions of people for which every day is a question of survival, we must do more to prevent this level of food insecurity.

Hunger, food insecurity and the risk of famine are often consequences of deeper problems. In many places where we in the International Committee of the Red Cross work, we see that the drivers of food insecurity can at times stem from armed conflict or be independent in themselves. These drivers can range from environmental degradation and climate change, to food systems disruptions, to damage or destruction of key infrastructure, foodstuffs, crops and livestock, as well as uncertain humanitarian access.

Warning signs, such as broken health systems, damaged or nonexistent infrastructure, and economic shocks, are often present for months, if not years. Today, the COVID-19 pandemic has added enormous and acute pressure on these stressors.

It is important to address the humanitarian consequences of hunger, but we must also treat and prevent its causes.

To this end, the ICRC would like to provide three key recommendations:

First, work with all parties to armed conflict for better respect of international humanitarian law. IHL provides rules that, if respected, can help mitigate hunger and food insecurity, and prevent famine in armed conflict. Rules on the conduct of hostilities protect civilians and civilian objects, which include infrastructure, land and other objects that are vital for preventing scarcity of resources and ensuring that the civilian population has sufficient access to food.

It is prohibited to attack, destroy, remove or otherwise render useless objects indispensable to the survival of the civilian population, including foodstuffs, agricultural areas, crops, and livestock, as well as drinking water installations and supplies. Furthermore, starvation of civilians as a method of warfare is prohibited.

Second, act early to prevent famine and food insecurity, including to safeguard child and maternal health. While rapid and unimpeded humanitarian access is key during an acute food crisis, humanitarian and development actors must work together before emergencies to address the restrictions and challenges that disrupt food systems in conflict-affected areas, which ultimately prevent populations from remaining food secure.

The importance of ensuring the proper functioning of food systems and local markets is an important element reflected in resolution 2417 which must not be overlooked.

This requires better acknowledgement of how different components of food systems are made fragile by conflict and how various actors can play either a mitigating or exacerbating role at the local, national and transnational level. Women, for example, play a mitigating role. They are responsible for half of the world's food production, and in conflict affected countries this percentage is often much higher.

Finally, we are increasingly seeing that combined armed conflict and climate risks exacerbate food insecurity and have dramatic humanitarian consequences. Food insecurity and malnutrition are significantly worse in countries with agricultural systems that are highly weather-dependent, and where livelihoods are largely agricultural. The impact of armed conflict lowers people's resilience and the ability of institutions to mitigate these combined shocks.

To respond to this, greater multi-year investment in adaptation efforts for conflict affected states will help ensure that populations receive the support necessary to strengthen their resilience to a changing climate, including the impact on their food security.
These three recommendations taken together can address some of the main causes of food insecurity and, in turn, help to prevent famine.